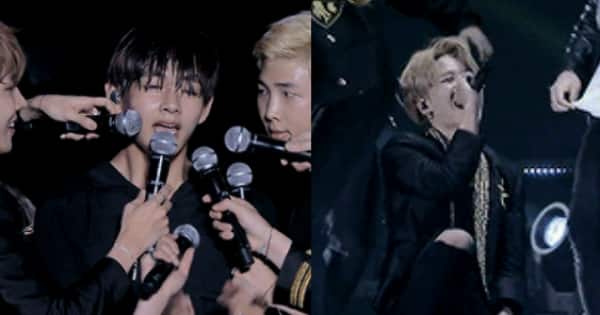 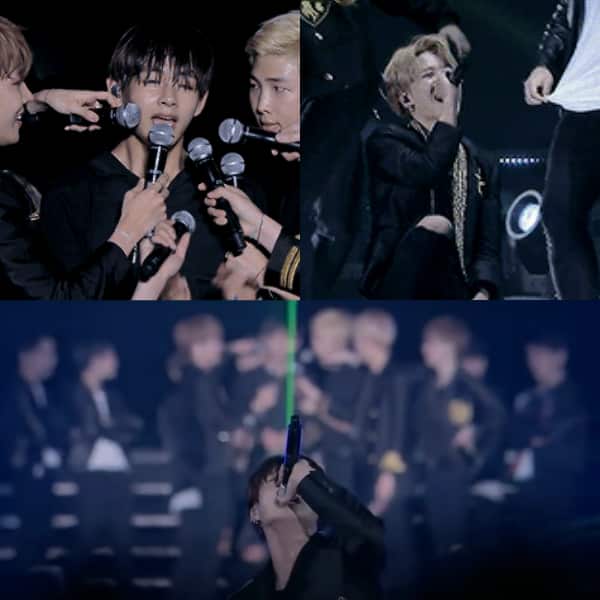 The last day of the BTS LA concert is here. The Permission To Dance on stage concert is their first-ever offline concert after the pandemic hit the globe. It had been almost two years that the boys had seen ARMY live and performed for them in a stadium. The LA concert was for about 4 days. Bangtan Boys – RM, Jin, Suga, J-Hope, Jimin, V and Jungkook, performed on 27th-28th November and 1st December. And they are performing live as you read this. It’s a bitter-sweet feeling, ARMY, we know. So, we have something to cheer you up. We are here with a throwback video of BTS from their concert in Japan. Also Read – Trending Hollywood news today: Halsey joins ARMY to cheer for BTS at LA concert, Shawn Mendes drops emotional song post breakup with Camila Cabello and more

The boys as usual were riding high on energy. They decided to perform on their hit song Rise of Bangtan. The septet was drenched in sweat but the adrenaline pumped through each like one. The hip sway during the performance by the Bangtan Boys is still a hit amongst the masses. Now, apart from their stylish looks, vibe, the members are known for their goofy moments be it on the stage or off it. Amongst the seven-member band, V aka Kim Taehyung is known for his goofy antics. So, during the performance, he added his ad-lib that sent his bestie Jimin rolling on the floor in laughter. Also Read – BTS LA Concert: After Lizzo, an unbelievably gorgeous Brazilian Victoria’s Secret model goes gaga over Jimin — view pics

It so happened that Jungkook was singing his verse after diving down the ramp. He was fully into the zone. The rest of the BTS members were on the main stage together. They held their mics in front of Taehyung and he just went “Nico Nico Nii.” The music continued and the rest of the BTS members, though amused continued with the performance. However, Jimin lost it. He couldn’t even sing his verse later and was seen just laughing out loud on stage. Check out the video here: Also Read – BTS’ V and Jin mimic and tease Jimin at Permission To Dance Live On Stage concert in LA; ARMY is in splits – read tweets

On Day 3 of the Permission To Dance on stage concert, BTS V turned up in the Squid Game costume. He performed even with the mask sometimes. ARMY went wild on seeing him like that. Halsey had joined the ARMYs in cheering on the BTS Boys during the concert.