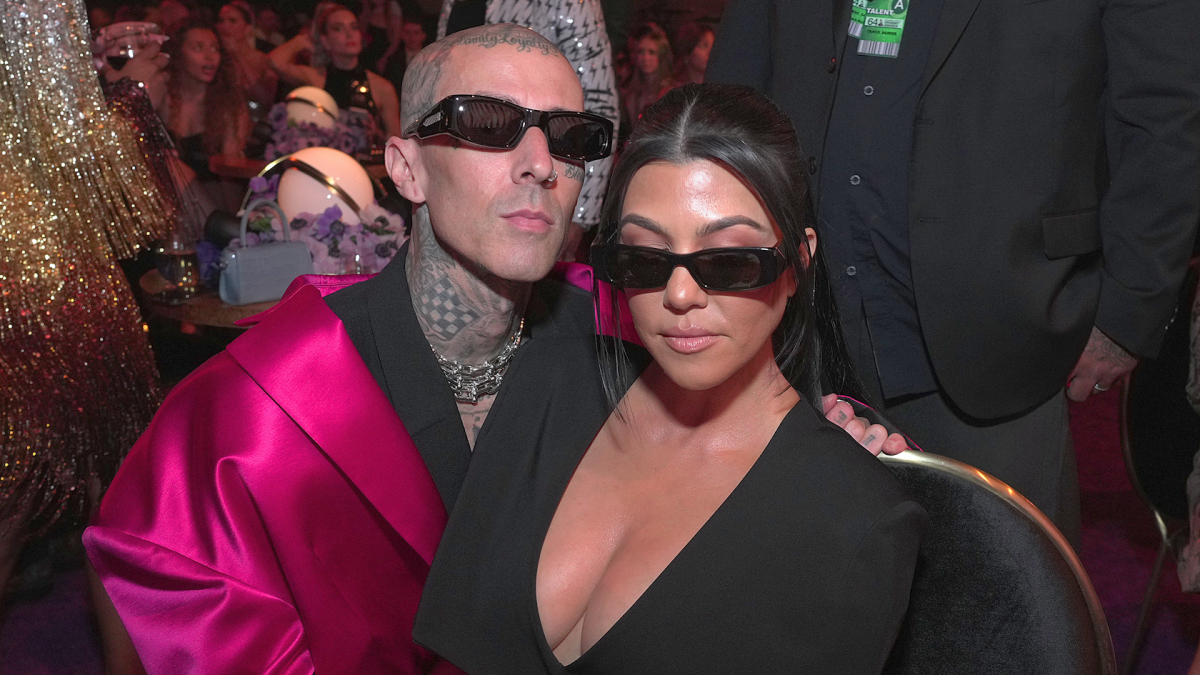 During this week’s new episode of The Kardashians on Hulu, Kourtney Kardashian revealed she wasn’t totally sober when she and Travis Barker walked down the aisle the first time around.

News of Kourtney and Travis secretly getting married in a Las Vegas chapel after the Grammys leaked back in April but, shortly after, it was revealed that the couple were unable to obtain a marriage license before the ceremony, so the marriage wasn’t legal. And it turns out not only was Clark County, Nevada, not remembering it, Kourtney didn’t either.

“I blacked out. I actually don’t remember though,” Kourtney told her friend Simon Huck. “I didn’t even remember Elvis, like, sang to me walking down the aisle. I just didn’t remember. I didn’t remember I had a bouquet.”

“When Elvis was marrying us, he’s like ‘I, Khloe, take the Travis’ and I just lost my mind and fell straight on the floor,” added Kourtney. However, while Kourtney didn’t remember a lot of things about that night, she did remember her lowest point of the evening.

“I did throw up after, though, and took my top off and unbuttoned my pants and I had to, like, walk back through the hotel with a million people taking my photo. I was a hot slob kebab,” admitted Kourtney.

Of course, Kourtney and Travis did become legally married one month later at a courthouse in Santa Barbara before they officially walked down the aisle in an extravagant ceremony in Italy the following week, which we’ll see in the coming episodes.

The Kardashians airs Thursdays on Hulu.