Trending | Descendant: Netflix documentary talks to the descendants of the last slave ship to traffic Africans to the US, the Clotilda #Theviraltime
Trending

Trending | Descendant: Netflix documentary talks to the descendants of the last slave ship to traffic Africans to the US, the Clotilda #Theviraltime 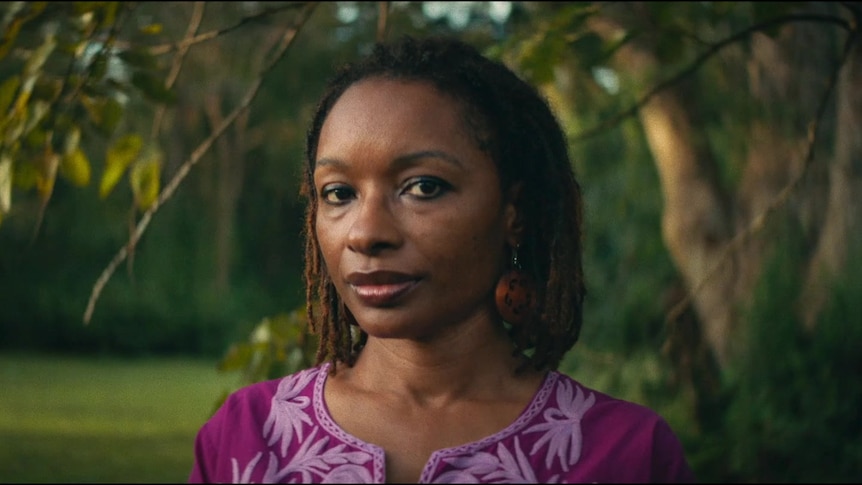 That old phrase “history is written by the victors” has always been a fraught equation, especially when that history – constructed by those in control of the official archive – has the power to diminish or outright erase those who don’t fit the preferred narrative.

It’s an issue that strikes at the heart of Western culture, both in the US and – with the ongoing questions over Indigenous erasure – in Australia, where the act of uncovering those vanished narratives can meet with considerable archival resistance.

How do we parse a clearer account of history when the archives, so heavily embedded in the public consciousness, are built on generations of lies?

The new American documentary Descendant – which focuses on the descendants of the last ship to transport slaves from Africa to the United States – is all about this reckoning with the past, exploring the effects of historical falsehoods on a community that’s still wrestling with the fallout, generations later.

Filmmaker Margaret Brown’s 2008 documentary The Order of Myths excavated the uncomfortable racial lineage of the Mardi Gras in her hometown of Mobile, Alabama, and Descendant expands upon that sense of historical discovery, bringing the power of cinema – and the heft of a huge multinational streaming service, Netflix – into the mix.

Using interviews with townsfolk and community activists alongside archival footage and texts, the film traces the historical events that led to the illegal journey of the slave ship Clotilda, which was sunk – under extremely suspicious circumstances – upon its arrival outside of Mobile in 1860.

The wreckage was not found until 2019.

The Clotilda was built at the behest of Timothy Meaher, a wealthy Mobile industrialist who made a bet with his Southern cronies that he could circumvent the ban on slave transportation and bring a ship full of Africans – 110 in total – to American shores. The ship was rumoured to have been burned upon arrival to conceal the evidence of the crime, but the episode lingered in local legend – even as it was pushed to the fringes, and erased from the historical register.

It was a tale that haunted the Mobile community, especially the Black residents of what came to be known as Africatown – descendants of the slaves who were illegally stolen from their homeland.

Successive generations had to hide any knowledge of the Clotilda legend – in the early days, talking about it carried the penalty of lynching – the only visible evidence the unmarked graves of the slaves in the local cemetery, which stood in grisly contrast to the statues erected of Confederate ‘heroes’ and their promises of the South rising again.

It’s a tale of deliberate, systemic neglect: one in which Africatown was hemmed in on all sides by heavy industrial plants with the highest permissible grades of pollution, chemical run-off and fumes – plants that were, of course, controlled by white families, scions of those who ran the slave ships.

The result, as the film points out, was that many of the descendants were plagued by health issues; history in a vicious loop of neglect.

Brown’s sombre yet quietly hopeful documentary – which was awarded a Special Jury Prize at the 2022 Sundance Film Festival – isn’t out to dazzle formally, but it is composed with a steady hand and an eye toward historical justice.

Weaving together a cross-section of interviews with descendants and community activists – from great-great-grandchildren to a scuba diving instructor intent on teaching young Black kids to swim to “establish ancestral connection, to connect back that memory” – the documentary builds from a sense of outrage to imagine a pathway toward healing, attentive to the complexity of the crime and its reverberation across generations.

In one of the film’s most effective threads, the descendants read aloud from Barracoon, an oral history of Cudjo Lewis, a slave from the ship and the one of the last survivors of the Clotilda’s African captives. Lewis, who died in 1935, told his story to author and filmmaker Zora Neale Hurston – often considered the first African American woman director – who also recorded footage of him in his final years, which appears here.

In preserving Lewis’s story, Hurston, who was also a folklorist and anthropologist, played a key role in keeping unofficial histories alive. And the documentary points to the power of oral storytelling in preserving tales that would otherwise have been lost to myth: in Mobile, the descendants would all know the tales of their ancestors, despite their absence from the public record, because these stories were passed on across generations in defiance of the white narrative.

“Every time we heard a ghost story, that wasn’t a ghost story,” says Emmett Lewis, one of Cudjo Lewis’s descendants, “that was our ancestors talking.”

It’s these very tales that kept the idea of finding the Clotilda alive, irrespective of historically futile searches.

When the schooner was eventually discovered in 2019 – thanks to a concerted effort begun in 2018 by a group of maritime archaeologists and community leaders – it was a breakthrough, a step toward making this heretofore ‘ghost story’ real.

It also opened up a can of worms regarding notions of justice for the survivors’ descendants, and the complicated question of who should pay when so many generations have come and gone.

What does it mean to serve justice, the film wonders; to not only acknowledge a traumatic history but to address it in real, concrete terms?

At the National Memorial for Peace and Justice in Montgomery, Alabama, dedicated to commemorating the Black victims of lynching, Africatown resident Anderson Flen watches white families posing for family snaps in front of the monument and notes that “it just becomes another form of entertainment” – trauma as tourism; reconciliation just another tile on an Instagram feed.

The matter of the Clotilda and its perpetrators remains a complex one, riddled with both white guilt and a heavy dose of denial.

At one point, as the descendants of both Cudjo Lewis and the Clotilda’s captain, William Foster, pose for a photo on the boat heading out to the wreckage, the white man equivocates that his ancestor was said to have treated the slaves on the ship well.

In the scheme of things, he reasons, well, maybe that was something you could cling to – to assuage a little bit of guilt.

The Black scuba diver on board is rightly incredulous: “It’s hard to make a qualitative difference on how you treat a slave,” he replies.

As Descendant illustrates, there’s a long way to go to change the narrative.

Descendant is streaming on Netflix.