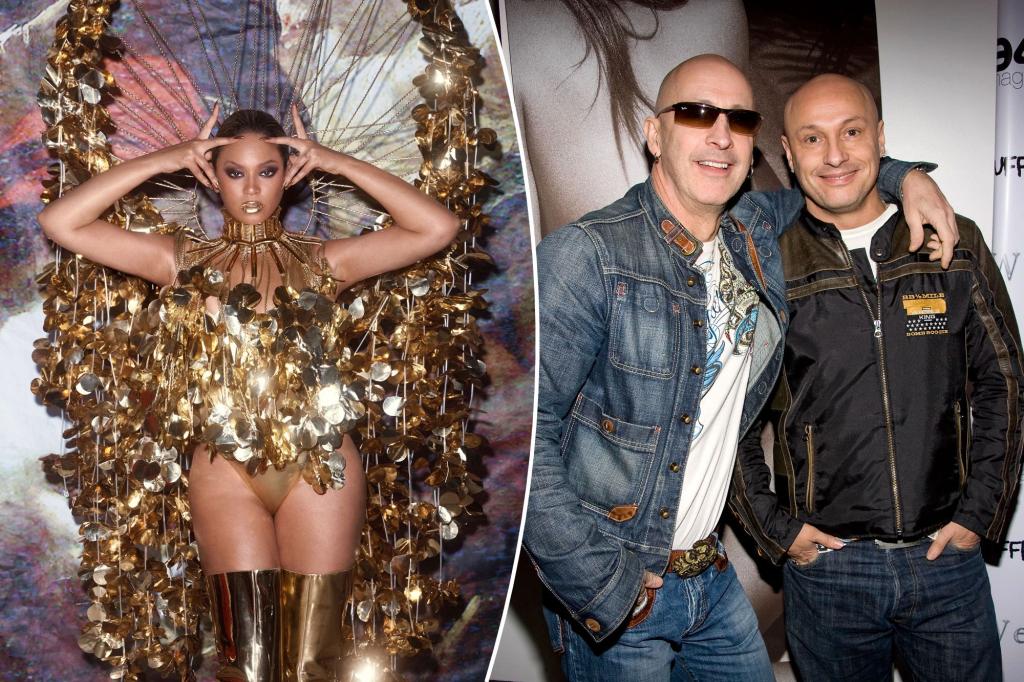 They got her Heated.

Beyoncé set the record straight after UK pop duo Right Said Fred said she was too “arrogant” to ask permission to sample their salacious track “I’m Too Sexy” for her new album.

In a statement to The Post, the “Break My Soul” hitmaker, 41, denied the claim, calling it “incredibly disparaging.”

“The comments made by Right Said Fred stating that used ‘I’m Too Sexy’ in ‘Alien Superstar’ without permission are erroneous and incredibly disparaging,” Beyonce’s team told The Post.

The group, which was formed in 1989 by brothers Fred and Richard Fairbrass, accused the singer of using their salacious 1992 hit for her track “Alien Superstar,” The Sun reported.

The single was part of her hit album “Renaissance,” which debuted at No. 1 on the Billboard 200 chart in August after being leaked online two days ahead of its July release.

Beyoncé’s team said permission was asked for and granted, and the group was subsequently paid.

“Permission was not only granted for its use, but they publicly spoke of their gratitude for being on the album. For their song, there was no sound recording use, only the composition was utilized.

Beyoncé’s team said “the copyright percentage of the Right Said Fred writers with respect to the use of ‘I’m Too Sexy’ is a substantial portion of the composition.”

“Collectively, the Right Said Fred writers own more than any other singular writer and have co-writer credit. This accusation is false,” the statement concluded.

Right Said Fred found the supposed song-sampling particularly perturbing as prior artists had reportedly asked permission to include the track. “Everyone else, Drake and Taylor Swift, they came to us,” the sibling pop sensations insisted.

Indeed, Drake sampled the track for his 2021 hit “Way 2 Sexy” while Swift employed the song in her 2017 “Reputation” lead single “Look What You Made Me Do.”

This isn’t the first time Beyoncé was accused of stealing music for “Renaissance.”

Ahead of the album’s release in July, singer Kelis accused Beyoncé of allegedly using a sample of her 2000 song “Get Along With You” without her permission. The “Milkshake” singer claims she found out about the sample on Bey’s song “Energy” when the entire world did.

Knowles has since removed the sample from the track.