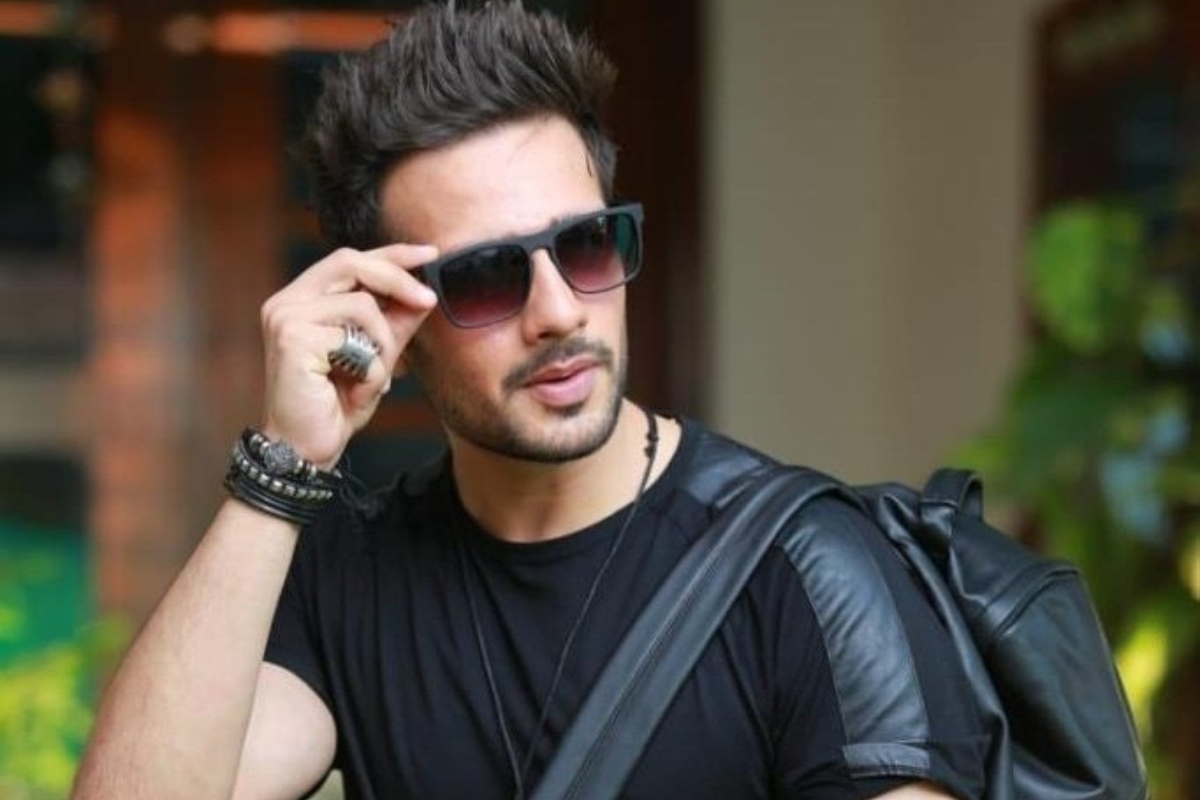 Usama Khan is incredibly talented Pakistani actor. He has a long history of employment in Pakistan’s entertainment sector. Usama won the Hum Award for Best Soap Actor for his role in the serial “Sanwari.”

Additionally, he played the lead in Bezuban, Main Khwab Bunti Hon. He also contributed to Dobara and Aik Sitam Aur. Fans cherished his most recent dramas.

In addition, Usama Khan garnered attention on social media for his relationship with Zainab Shabbir. The two actors uploaded photos of themselves together.

Additionally, they were observed hanging around together. Here are some screenshots that will transport fans back to the period when the two first started sharing romantic photos of themselves together, followed by a few photographs showcasing their incredible chemistry and connection.

Fans assumed that Usama and Anmol Baloch were still dating after their on-screen chemistry with Zainab Shabir. Please be advised that Anmol Baloch will also be in Usama’s next drama Sitam Shuaar, although the actor has publicly denied fan rumors.

Usama claims that he gets along well and has a strong sense of camaraderie with his female coworkers. He has shown his deep appreciation for them.

Usama declared that he doesn’t date anyone in the business because it goes against his family’s morals and his education. He said that the term “dating” is very inappropriate.

He claimed he would rather be Nikkahfied than go on a date. He claimed that he and his co-stars had excellent chemistry and that the female co-stars are close friends of his. He said the following. 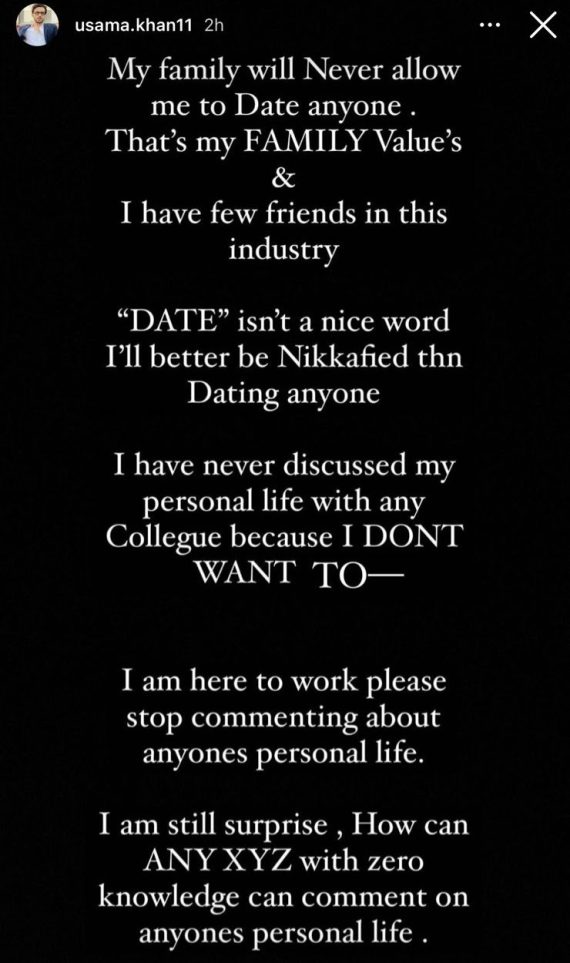 Internet users who have been following him claim that since it is his life, they shouldn’t make assumptions. They said that Usama and Zainab are unfairly the subject of direct public scrutiny.

Actor Usama Khan opens up about his marriage plans