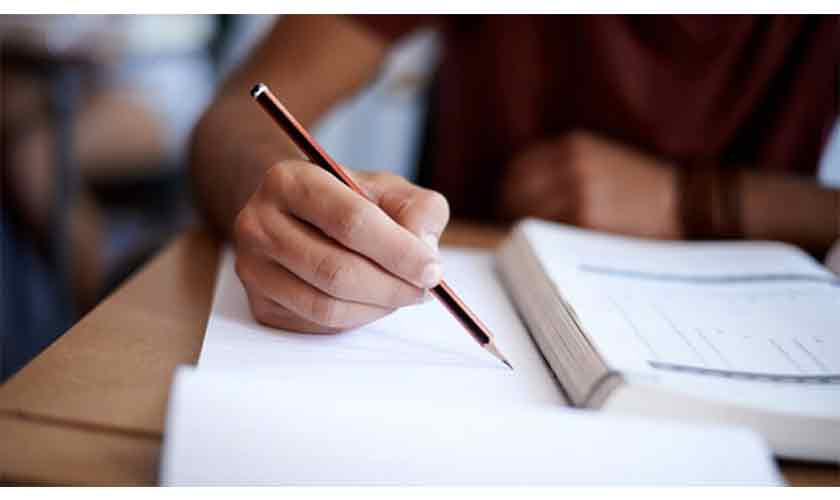 rshad* was teaching English at the International School of Excellence, a local private school that promised to deliver modern education with Islamic values. One day, Arshad played an educational video to his young students on his laptop. In the video, the English alphabet was recited in the form of a poem.

The next day, the teacher received a phone call from the school principal – also the imam at the neighbourhood mosque. The principal told him that he should stop coming to the school. He quoted a parent as complaining that the teacher had “made children watch songs on TV”.

Arshad had wanted his students to learn the lesson and enjoy it too. As a teacher, he knew that students don’t learn just by reading books. Some students are auditory learners; some learn best through visuals. Still others have kinesthetic styles of learning, i.e., they learn best by indulging in physical activity. The principal was not aware of educational psychology or learning theories. But he owned the school and wanted to keep the parent happy.

Exceptions aside, the mushroom growth of private schools and tuition academies for commercial purposes is one of the factors that have brought down the status and efficacy of both teachers and the standards of education they deliver. School owners want to save money by hiring fewer teachers and assigning several subjects to the same teacher. They frequently force teachers to follow a profit-centred approach.

The owner of a tuition academy complained after I had delivered a guest lecture to his intermediate students, “why did you tell them to pursue the subjects they are interested in? You are undermining my interests.” He was furious. He told me that they had told the students that by qualifying for medical admission test alone, could they secure success.

“If a student does well in the examination, we display his image on our board and more students flock to our college. No one will come here if our students start studying business, history or architecture.”

“If you want to survive in the market, you need to know these things.”

Owners of many educational institutes double as principals or directors. Their thinking is driven primarily not by the question of “how to make the students think and learn well” but by “how to increase the institute’s long- and short-term profits”.

On the other hand, teachers, exceptions aside, are also not ‘transformative intellectuals’ as Henry Giroux – the American scholar and cultural critic calls them. Giroux believes that teachers possess (or should possess) the knowledge, skills, values and attitudes to query, cross-examine, understand and act as change agents of structural discrimination in society. Paulo Freire believes that teachers should be community builders and human builders who play a central role in the formation of critical individuals who contribute to the liberation of the oppressed in the society at large.

In the educational canon of Islam, the teacher is known as Al-Murabbi: one who is not only knowledgeable and wise but also pious, kind and considerate. This delineation elevates the teacher from many types of Ustaz as we know them today, to a person who combines the life of learning with a life of virtue, and thus is a perfect and ideal person to learn from.

The most prominent example of Al-Murabbi was the Prophet Muhammad (peace be upon him) himself. Having many roles and distinctions, he proclaimed that he was sent down as a teacher.

In our culture of yore, the teacher was held in high esteem by all and sundry not because he prepared students for examinations, but for refining the child’s social, emotional, physical and intellectual capacities.

Moreover, teachers used to be reformers, men of letters and orators. Their lives and energies would mostly be occupied by the noble cause of spreading the light of knowledge to those lacking them.

One wonders why the status of teachers has fallen in the society? One big reason apparently is the induction and recruitment of ill-qualified persons in the profession.

Gul Muhammad is a PhD scholar and a teacher at a government school in Lower Dir. As an inspector of schools, he once visited a school where students were pronouncing some English words in strange way. Upon inquiry, the inspectors were informed that the student’s current English teacher had been promoted from his previous post as theology teacher (TT). The students told the inspection team that the TT cum SST teaches English by looking into a guidebook; thus, he not only reads the meanings from the guidebook but also the pronunciation (in Urdu transcript) of English words. Hence, when he pronounced “born”, he read it from his Urdu transcript as baran; it was faram instead of “form” and coonsept instead of “concept”, aksforad instead of “Oxford” and so on.

If we want to grow as a nation, regionally and globally, we need to provide our children with quality education.

The Awami National Party (ANP) government had approved a grade promotion policy under which a primary school teacher (PST) could become a subject specialist (SS). “This policy has done great damage to the students,” Gul tells The News on Sunday. “They should have raised the grade or pay scale of teachers but kept them in the teaching position they were hired for”. Gul argues. “If a qari teaches English and an arts graduate teaches geography, can we expect that they will make their students fall in love with these subjects? “Students who quit education or parents who stop sending their children to school saying there is no benefit have good reason to think so,” he adds.

Gul tells many distressing stories of the promoted teachers who were given subjects that were beyond their skills. A promoted teacher spent an hour learning the spelling of “biochemistry” because he had been assigned the teaching of science.

What type of students will they produce, you ask? Here is an example from my interaction with students: A first-year female student, who topped her class, told me that the capital of Pakistan was India. Another one, studying at the BS level, told me there were five continents in the world. When I pressed him for their names, he replied, “China, Pakistan, India, Cheen and Bharat”.

My personal experience supports Gul’s observation. During a class at a private college, a student asked me, “May I come in, sir?” I permitted him to enter the class. Another student raised his hand to ask a question; “isn’t this the wrong sentence, sir?” I asked him if he could explain how that was wrong; he told me that the word “may” is from Urdu while the rest of the sentence is in English. “They should either say the whole sentence in Urdu or English”, he argued.

“What is plaguing our education system?” I asked Faizun Nasir, who holds a doctorate in education and works as the principal of a government high school. “There are several reasons,” he replied. “Firstly, the wrong policies of the government; the recruitment process is based on multiple choice questions (MCQs), which do not assess the candidate’s knowledge and abilities properly. It should be mentioned that the MCQs usually do not deal with the educational theory or the subject matter. Resultantly, a civil engineer can get appointed as a qari and a journalism graduate posted as a science teacher”.

Nasir continued, “there should be an assessment for judging teachers’ psychological tendencies because I see many teachers who curse this profession and constantly look around for other jobs. A 17-grade lecturer quit his position to become a 14-grade tehsildar; a 16-grade teacher left his job to become an assistant sub-inspector (ASI) in the police”.

“Teachers do not enjoy the respect in our society they once did,” says another teacher. They were considered role models and nation builders; no longer. The profession has been neglected not only by politicians and policymakers but also by the media. You see TV plays and movies exalting every other profession; you won’t see anything that exalts the role of the teacher in the society.

In the current socio-political climate of Pakistan, there is a great deal of debate about everything, from cricket matches to showbiz gossip; from local politics to global conflicts; however, there is little discourse about schools and teachers.

Looking at these stories, it is no wonder Pakistan ranks among the lowest in the world in areas of promotion of education and skills development. If we want to grow as a nation, regionally and globally, we need to provide our children with quality education. It is essential not only for socio-economic development and peace and security but also for securing a good standing in the global community.

“If you want to predict the future of a nation, just look at the quality and standards of their education and teachers,” says a senior teacher. “The rulers of this nation might take more care in hiring gardeners than for hiring teachers for our children.”

*Some names have been changed to protect identities.

The writer has studied English literature, history and politics and has taught students from primary to tertiary levels both in Pakistan and abroad. He can be reached at nadeemkhankpk13 @gmail.com