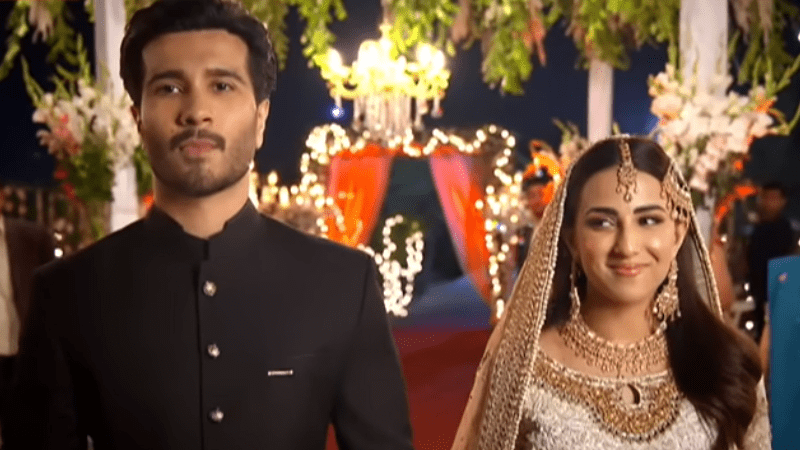 We’ve got our watchlists full of Pakistani TV shows these days and the newest show to land on everyone’s favourites list is Feroze Khan and Ushna Shah’s Habs.

Drama serial Habs targets two different socio-economic groups that both Basit (Khan) and Ayesha (Shah) belong to. It highlights their struggles, such as Basit’s need to find a wife in order to fulfil his father’s wishes and Ayesha’s family problems that require her to make a living by hook or by crook.

With 10th episode airing this week, the drama serial reflected their post-marriage struggles. Basit and Ayesha agree to tie the knot so that he can get his father’s money that he needs to run his business while Ayesha’s mother (Saba Faisal) cashes the cheque she received from Basit without her daughter’s knowledge.

Their understanding and bond, but most importantly their chemistry, has got the attention of many netizens who have been eyeing the never-before-seen on-screen couple every week.

For this user Khan and Shah’s chemistry is “lethal”.

For another Twitter user, both actors performed with “utmost brilliance” and said their chemistry is sparkling.

“Marriages of circumstance which turn into love is an elite romance trope when executed well. And bayesha will be serving it so well,” wrote one user.

Another said they liked how both characters were “balanced” throughout an argument in the episode.

This user labelled them “cuties” and wanted Ayesha’s dream to come true.

Some picked their favourite moments from the recent episode.