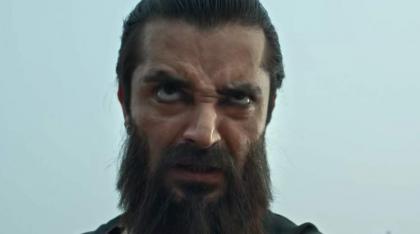 The actor says Bilal Lashari has also given him free hand to perform whatever the role he wanted to perform.

The actor made this revelation about his new name “Noori Nuts” while talking to a local private tv channel.

Abbasi will be seen with Fawad Khan and Mahira Khan in the remake of the 1979 cult classic of the same name – set to hit the theaters globally on October 13th 2022.

The actor said Lashari gave him sweet nickname Bilal during shooting for The Legend of Maula Jatt.

Abbasi who had taken four years acting hiatus returned to the film industry and preferred a barbaric role for him.

Responding to a question, Abbasi said performing such role was a joint effort.

He lauded Lashari over his directions, saying that he was kind of director who gave overall arc of the character and then he allowed the actors to perform their particular roles.

He stated that Bilal Lashari also gave him free hand to perform whatever the role he wanted to perform.

He went on to say while quoting Lashari as saying, ‘Go nuts with it,’” .

This is the reason, the actor said, called him Noori Nuts. He also laughed.

Abbasi also said that the director or the writer should give the actor the arc then give him the margin or the creative freedom so that the actor could fill in some colour of his own in the character.