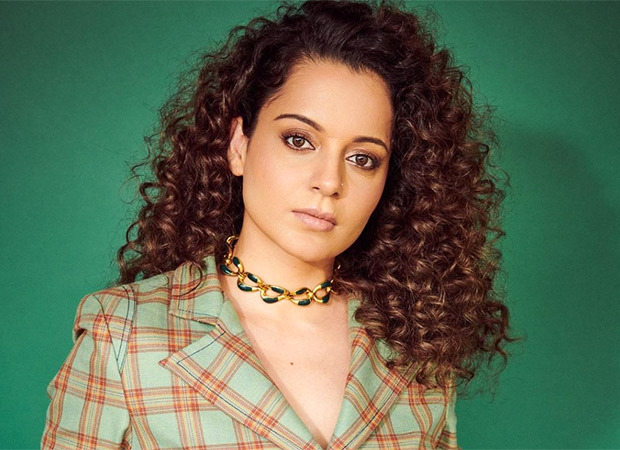 Bollywood actress Kangana Ranaut marked her debut in showbiz in 2006, and since then there is no going back for her. Apart from her noteworthy work, the four-time National Award winner often gets into controversies for her opinionated remarks. Through her Instagram media feed, Ranaut speaks her mind and often shares the minute unknown details of her journey to fame.

However, her latest social media post takes you back to the time when she was called a “witch”. On Sunday, Kangana shared a video of Sadguru on her Instagram story, in which he can be seen narrating an incident in Europe. He said that 6 million women were burned as witches because they had some capability.

Adding a caption to her story, the Simran actress wrote, “If you have super powers you will be called a witch…I was called a witch but I didn’t let them burn me…instead I…he he he I must be a real witch wohahaa aabra ka dabra,” along with a fire emoji.

In the following story, the Manikarnika actress added, “In 2016 one of the leading print editors @saritatanwar2707 wrote a piece in her paper that her investigative journo skills have landed her proofs of my black magic skills and she is more than sure that I mix my period blood in ladoos that I send on Diwali to everyone as gifts.”

Concluding her write-up, the Tanu Weds Manu actress wrote, “Ha ha those days were fun, no one could figure with no filmi background, education, guidance, agency, groups or friends/boyfriends I made it to the top… so they all collectively came up with one answer BLACK MAGIC!!” 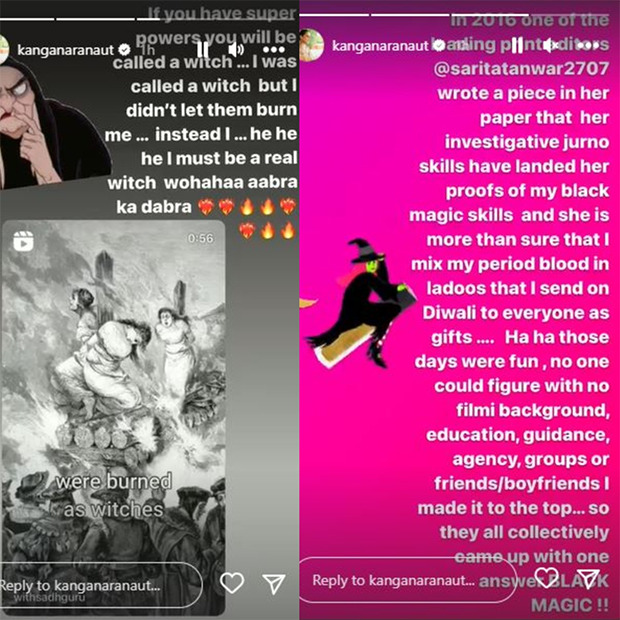 For the unversed, actor Adhyayan Suman, who also dated Ranaut in the past, had alleged that she made him drink her period blood.

Coming to her professional front, the 35-year-old actress was last seen in Dhaakad. The action thriller performed poorly. And, now she is gearing up for her multiple upcoming projects including Emergency and Tejas.

Also Read: Kangana Ranaut starrer Tejas to release next year in the summer of 2023