Theviraltime | In 10 years, Pakistani cinema will have its own identity: Nabeel #Showbiz
Showbiz Pakistan

Theviraltime | In 10 years, Pakistani cinema will have its own identity: Nabeel #Showbiz 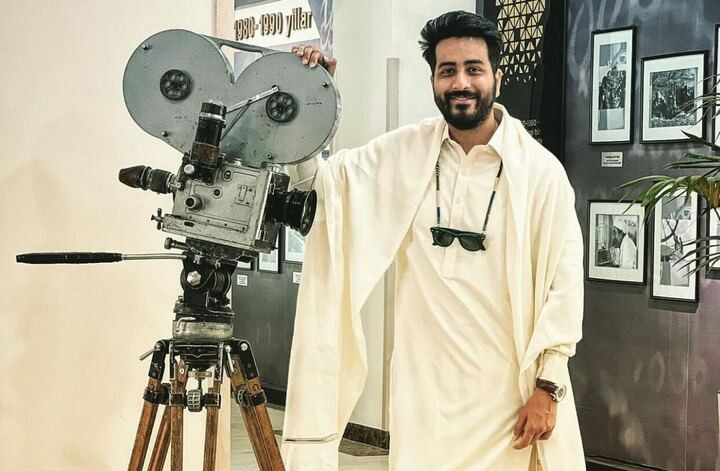 Pakistani cinema has finally had its big breakthrough.

With Bilal Lashari’s fantastical epic, The Legend of Maula Jatt, the industry sees a hopeful beginning of what many might term the true ‘revival’ of the local cinema scene. In mere ten days, Ammara Hikmat’s production has managed to mint over Rs100 crore globally.

Filmmaker Nabeel Qureshi, who had previously lauded Lashari for his brilliance, recently spoke to JORE magazine and shed light on why Pakistani productions are still struggling to make a mark on the international audience and if we are readying ourselves for the OTT.

“Pakistan has been a growing media industry,” the director, who’s known for his popular political satirical venture, commented. “So it will take its good time so it reaches the OTT audience and even, you know, the audience in Pakistan as well. Because unfortunately, if I’m very honest, in a year it’s only like three or four Pakistani movies that are watchable and that you enjoy. The rest of them are not as good in terms of quality, and in terms of aesthetics. In terms of stories, there are major flaws. And in today’s world, the audience is not a fool.”

He added, “They have a lot of choices like Netflix, Amazon and everything else. Like what if, for example, there is a movie that is released internationally and you convince your friend to go and watch this movie, and that movie is bad.” Qureshi added how the said person will not go and watch a Pakistani movie again, as he is spoilt for choice on streaming giants.

“As a film industry or as a filmmaker, we need to make better quality films, and better stories and our films should look like films, not like TV drama. That’s actually impacting knowing a lot of audiences not coming to cinemas, internationally or locally,” he said.

Qureshi went on to comment, “There are, you know, some connotations in the movies, some jokes, which are very I would say “Karachite” or Pakistani which does not have relatability abroad. So that depends on the makers who make it and what kind of story you are telling. But, for example, in my movie, Quaid-e-Azam Zindabad, corruption is the most popular and relatable thing. And I think overseas Pakistanis can relate to it more than the Pakistanis that are living in Pakistan.”

The filmmaker reasoned that Because they [the audience] have been watching that on the news and after the kind of political turmoil that Pakistan is going through. “So corruption was quite relatable I think that probably works because Quaid-e-Azam Zindabad did very well internationally,” he said of his latest offering, Fahad Mustafa and Mahira Khan-starrer.

Talking about the famous saying that content is always the king, Qureshi shared, “Yes, content has to play an important part. And I’m very hopeful because of the kind of new filmmakers in Pakistan.”

He concluded, “The kind of films of this time, the kind of stories they are making. We are totally on the right track. Probably, in the next 10 years, in the Pakistan industry, our stories can be much appreciated and more, you know, relatable and more unique. And we will have our own identity.”

Have something to add to the story? Share it in the comments below.