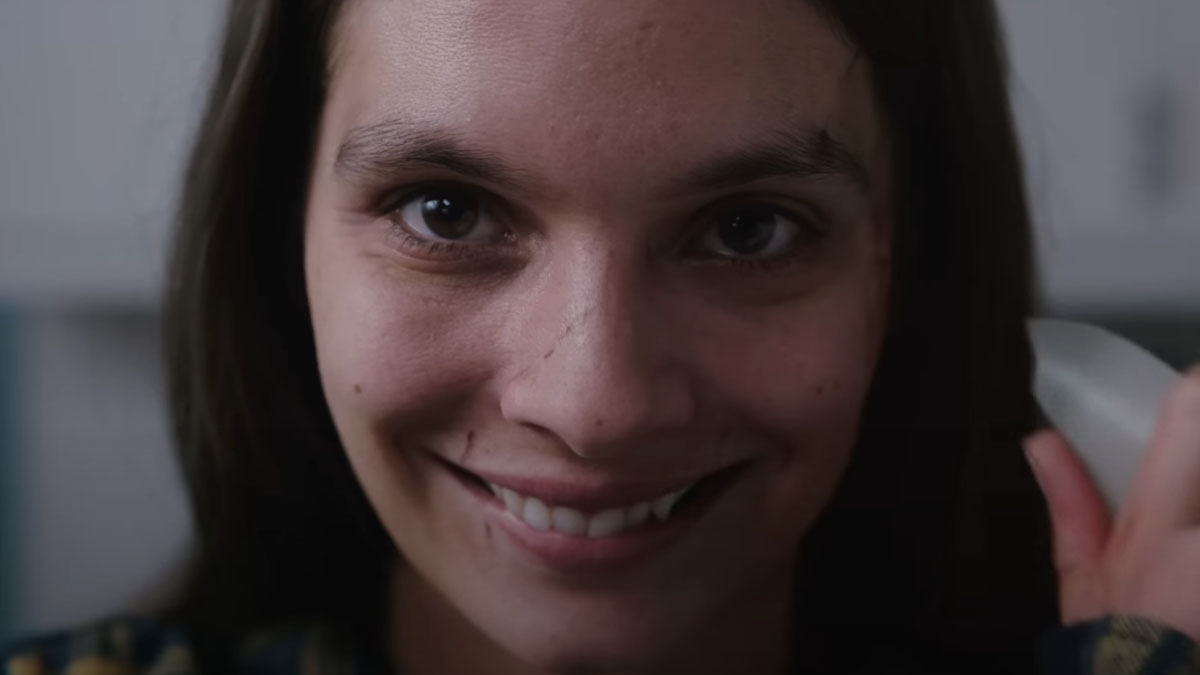 This summer is full of blockbuster action, but the horror genre hasn’t been left out. In this week alone, The Black Phone will terrorize audiences with a supernatural twist. And later this summer, Paramount’s Smile will unveil an old-fashioned curse. In a newly released trailer, we see Smile‘s curse unfold when a psychologist, Dr. Rose Cotter (Sosie Bacon), unwittingly becomes the latest victim. Through her eyes, we witness some of the creepiest grins in recent cinema history. And unfortunately for Rose, this curse only ends with her death.

There definitely seems to be some similarities between Smile and earlier horror flicks like It Follows and The Ring. This particular curse seems to infect those who witness it, and almost no one who catches it lives longer than a week. A lone exception is a man behind bars. But once the prisoner realizes that Rose has also been cursed, he can’t get away from her fast enough.

Here’s the official synopsis for the film, courtesy of Paramount Pictures:

“After witnessing a bizarre, traumatic incident involving a patient, Dr. Rose Cotter (Sosie Bacon) starts experiencing frightening occurrences that she can’t explain. As an overwhelming terror begins taking over her life, Rose must confront her troubling past in order to survive and escape her horrifying new reality.”

The Boys‘ Jessie T. Usher also stars in the film alongside Kyle Gallner, Robin Weigert, Caitlin Stasey, Kal Penn, and Rob Morgan. Given the circumstances of this movie, the odds are high that most of their characters won’t make it to the end credits.

Parker Finn wrote and directed Smile, which will be released only in theaters on September 30.