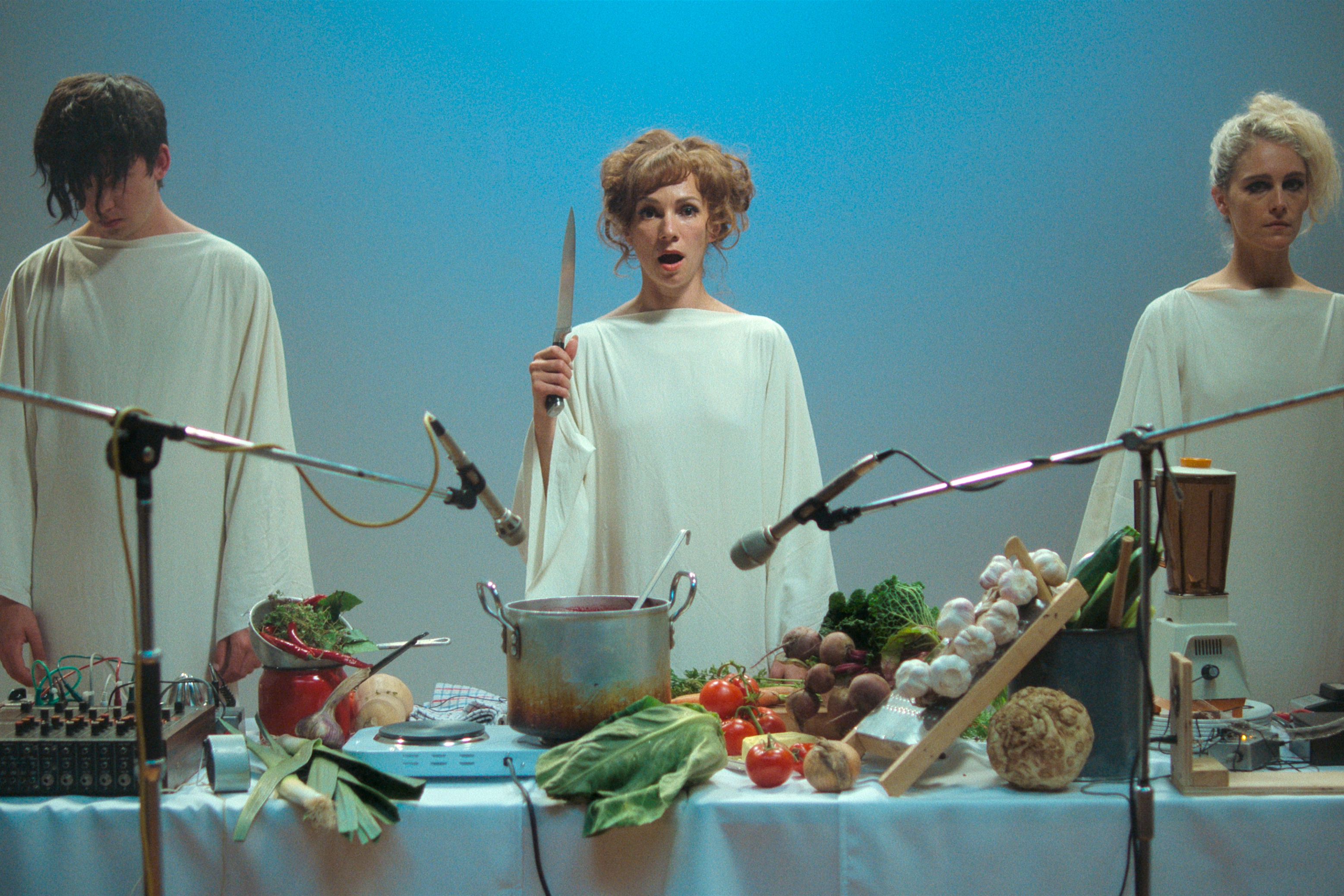 Flux Gourmet exists in its own strange world, one where concepts like “good taste” and “bad taste” do not seem to exist.

Written and directed by cult British filmmaker Peter Strickland, the new film plays squarely by its own rules from start to finish, digging deeper and deeper into a world where performance art, food, sexual politics, and shame-inducing bouts of excessive flatulence (yes, you read that correctly) all intersect. Rarely, if ever, does Flux Gourmet stop to explain itself, and while another director might have chosen to make the film’s cast of characters the members of an underground movement, Strickland chooses to let them play in the sun above ground.

The film’s characters are never judged for their crudest actions, nor are their various kinks or provocative tendencies ever made to seem strange. Everything is presented in a straight-faced manner that calls to mind the work of several other contemporary film surrealists — namely, Yorgos Lanthimos. But by committing so fully to the matter-of-fact nature of his story, Strickland manages to imbue Flux Gourmet with a Lynchian sense of surrealism, one that makes watching the film feel less like you’re falling into a dream and more like you’re entering a world where dreams have seeped into reality.

Flux Gourmet arrives in theaters and on demand on Friday, June 24.

Showbiz Ayesha Omar’s graceful pictures from Spain are definitely a vision of beauty Theviraltime
Suggestion to watch How to watch Yellowstone online: Stream the drama for free Theviraltime
Advertisement