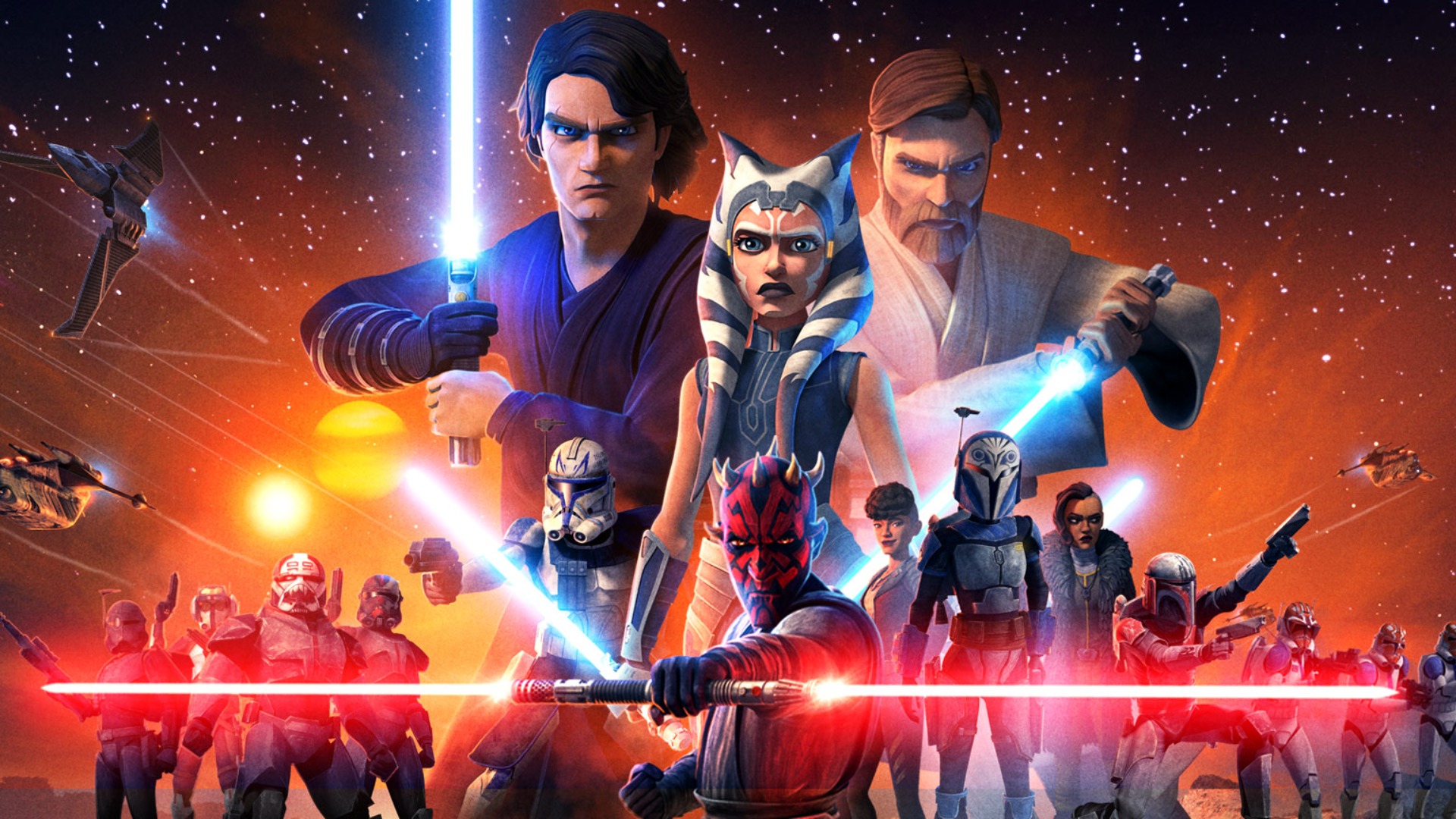 While the mammoth IP that is Star Wars is understandably regarded as a primarily live-action, theatrical franchise, the sprawling space opera has had its fair share of memorable stories in other mediums. The Clone Wars animated TV series is one such project, garnering an impressive fan following and strong critical reception throughout its 7-season run.

Yet, it might be one of the most undeservedly overlooked endeavors in the franchise. The Clone Wars retroactively provided a lot of necessary context for the dodgy prequel trilogy, filling in gaps and introducing plenty of compelling characters and story arcs across episodes that have told some of the galaxy’s most resonant tales on Disney+.

After the prequel trilogy received criticism in part for delving too deeply into sci-fi to provide biological context for the Force that wasn’t needed, the story arc of episodes focusing on The Ones brings things back to the spiritual roots of the concept.

The Ones are comprised of the Father, the Son, and the Daughter, who all function as the embodiments of the Light and Dark sides of the Force. Ghosts of Mortis, in particular, was especially powerful for the dark foreshadowing of what Anakin Skywalker would become. The imagery and thematic commentary were as engrossing as they were chilling.

In a similar way that Batman: The Animated Series was revered for balancing a wonderful degree of childlike imagination with grounded nuance, Star Wars: The Clone Wars was more than capable of dealing with darker and nuanced subject matter when it hit its stride.

Carnage of Krell is one of the grimmest episodes of the series, tackling themes of the individuality and humanity of the clones. The cruel Jedi Master Krell made for an imposing antagonist in this 4-episode arc, reaching a crescendo in a bleak and unforgettable climax that emphasizes the “Dark Times” to come.

Jedi Master Obi-Wan Kenobi. Revenge is also complemented by having Maul’s brother, Savage Opress, be pursued by Dark-side-acolyte-turned-bounty-hunter Asajj Ventress looking to earn a redemption arc of her own.

In one of the most gripping episodes of The Clone Wars, The Lawless brings together one of the biggest spectacles and emotionally gut-wrenching stories. Obi-Wan is taken prisoner by the current Mandalorian ruler — Maul — and is forced to watch as the single love of his life is executed in front of him.

Bo-Katan Kryze comes to his rescue with her Death Watch in tow, before the episode eventually turns to the stunning lightsaber duel with Maul and Opress against none other than Emperor Palpatine. It’s incredible that The Lawless somehow wasn’t a season finale with the sheer amount of tension that was packed into it.

In true tragic fashion, the season 5 finale forced Jedi Padawan Ahsoka Tano into one of the most unforgiving positions. The Wrong Jedi sees her stand trial for a murder she was framed for, resulting in her being excommunicated from the Jedi Order. It’s an incredibly emotional episode, as even after Anakin manages to uncover who was truly behind the murder, it isn’t enough to sway Ahsoka into returning to the Order.

The Wrong Jedi is a brilliantly poignant episode, shining a spotlight on the arrogant flaws of the Jedi creed. Despite the prequel trilogy stumbling more often than not, Revenge of the Sith was well-received for striking the tones of an epic tragedy, and this episode makes excellent use of that thematic balance.

Season 6’s Orders arguably takes things in an even darker direction from the aforementioned Carnage of Krell. The episode follows the clone trooper Fives as he tries to uncover the mystery behind the computer chips being implanted into clone troopers’ brains. Things go south after Fives attempts to meet with Palpatine over this, as he’s framed as a traitor and forced to flee.

The heartbreaking episode finished with Fives’ death, with his dying words to his 501st Legion brothers-in-arms a warning of the grander conspiracy to come. Fives’ fate was even more crushing considering that he was doing the right thing, only to be fatally punished for it all the same.

Though fans can’t know for sure yet how much of Knights of the Old Republic will be integrated into the mainline canon, Sacrifice tastefully touches on its lore — if somewhat reimagined. This episode finished the story arc beginning with Grand Master Yoda seeking to learn the true origins of the Force, traveling to the Dark-side planet of Moraband.

He comes across an illusion of Darth Bane, which is particularly exciting to see as this was the first time that the progenitor of the Sith’s Rule of Two was canonically acknowledged. Of course, though, the season finale caps off with a thrilling rematch between Yoda and Palpatine, impressively managing to drive home the theme of “hope” in the long term despite fans knowing the galaxy’s oppressive short-term future.

Season 6 was meant to be the series finale for The Clone Wars, if unceremoniously so. However, fan campaigns seemed to work out when season 7 was announced as a Disney+ original, premiering throughout 2020. The season largely lived up to the weight of expectations, with the last few, in particular, standing out.

The Phantom Apprentice thrillingly sees Ahsoka take the fight directly to Maul on Mandalore, perfectly fleshing out the characterizations of both combatants while showing a tantalizing lightsaber duel. All this tension is punctuated by the looming threat of Order 66.

Following Ahsoka’s climactic duel with Maul during the Siege of Mandalore, Shattered splits its story into halves. In the first, fans are shown the gradual buildup to Palpatine executing Order 66 and officially ushering in the Great Jedi Purge. Meanwhile, the latter half follows Ahsoka and Maul’s mad dash to escape the current mayhem and avoid the doom to come.

The episode was acclaimed for its methodical buildup to Order 66 and for how masterfully it instills a sense of dread. It’s especially impressive to convey such an atmosphere in an event that fans already know the greater outcome of.

The true series finale, Victory and Death once again draws inspiration from Revenge of the Sith‘s grandiose emotional impact. This episode arguably captures the essence of what makes Star Wars what it is in its purest form, using Ahsoka’s point of view alongside clone trooper Captain Rex in the grueling final moments of the Clone Wars.

Victory and Death follow the pair’s harrowing attempt to escape the aftermath of the Siege of Mandalore. Seeing Ahsoka have to bury her former comrades and friends is one of the most haunting images in the show.

are available to stream now on Disney+.