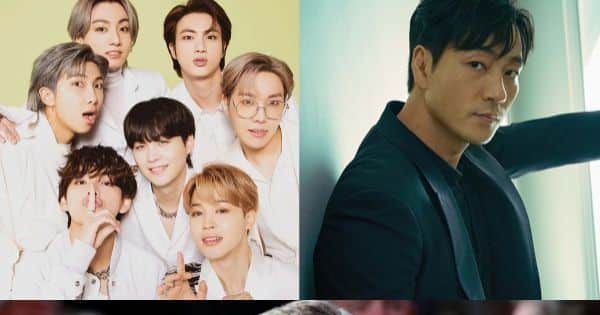 Hollywood star George Clooney thought he would die in his 2018 motorbike crash and said he was frustrated that people stopped to film him on the ground instead of helping. The 60-year-old actor-director flew over the handlebars of his bike when a car turned in front of him while riding in Sardinia, Italy, in 2018, and was convinced he would die in the aftermath, reports femalefirst.co.uk. He said: “I was waiting for my switch to turn off. I’m fine now.”

Grammy winning-singer Adele’s ’30’ enjoyed the biggest opening numbers of any blockbuster album in 2021, as expected, with 839,000 album-equivalent units, according to an announcement by Billboard Sunday night. Her big premiere beats the previous mark set by Drake’s ‘Certifiable Lover Boy’ when it bowed with 613,000 back in September, reports variety.com.

Matthew McConaughey won’t run for Governor of Texas in 2022

Hollywood star Matthew McConaughey has decided against throwing his hat into the ring to be elected the next Governor of Texas. The actor made the announcement on Sunday through a video posted to his official Twitter account, reports variety.com. “Over the past two years, I’ve been working on the answer to the question of how I can be most useful in this life going forward… One category of service I’ve been exploring is politics. I’ve been considering a run for the governor of Texas,” McConaughey said in the clip.