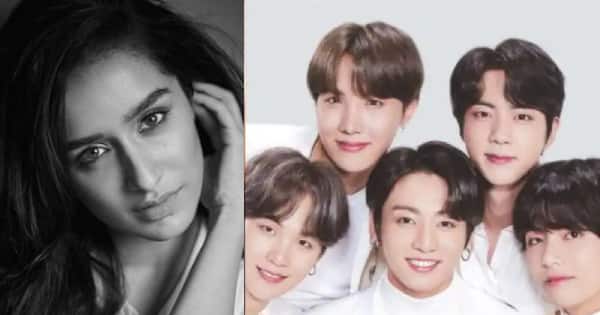 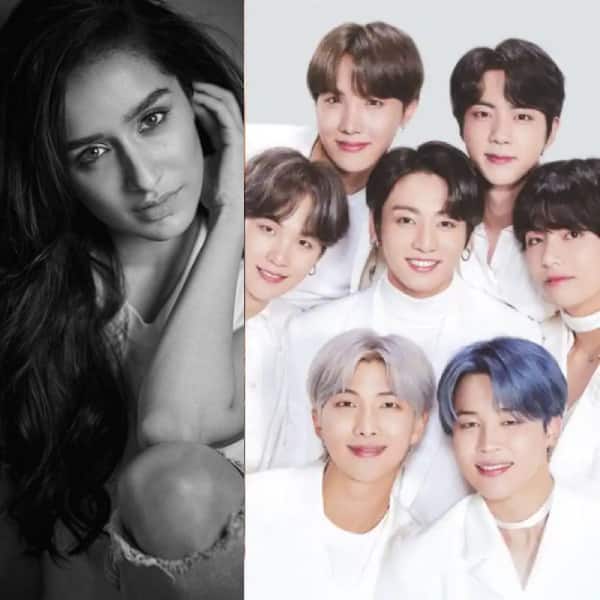 K-pop band BTS has its fans all across the globe. Their recent concert in LA speaks volume of the fandom that they enjoy. The stadium was completely packed with many celebrities also attending it. Even when it comes to Bollywood stars, there are a few celebrities who come across as BTS fan. Shraddha Kapoor is one of them. How do we know? Her recent video is a proof of it. Also Read – BTS Jin meets Ranveer Singh: ARMY combines Super Tuna song with Tattad Tattad choreography to hilarious effect

Shraddha Kapoor shared a video on Instagram in which she can be heard singing My Universe to her dog. It is an original audio which means it is sung by her. My Universe was BTS’ collaboration with Coldplay which was a massive hit among the masses. As Shraddha Kapoor shared the video, BTS ARMY dropped purple hearts on her video. Check out her post below: Also Read – BTS’ Jin birthday recap: Fans’ celebrations from Peru, Moscow, is testimony of the immense love for the band’s eldest hyung — view pics and videos

This is not the first time that Shraddha Kapoor has suggested that she is a part of BTS ARMY. In the past, she had shared a video in which she had given a glimpse of autorickshaw ride. While enjoying the ride, she was caught listening to BTS and Coldplay’s song My Universe. She had then received immense love from BTS ARMY. Also Read – BTS’ Jin gives a return gift to ARMY with a song called Super Tuna – A bop expressing the birthday boy’s love for fishing

On the work front, Shraddha Kapoor had Naagin next in her kitty. It is supposedly a trilogy and produced by Nikhil Dwivedi. She also has a Luv Ranjan’s film in the pipeline in which she will be sharing the screen space with Ranbir Kapoor.