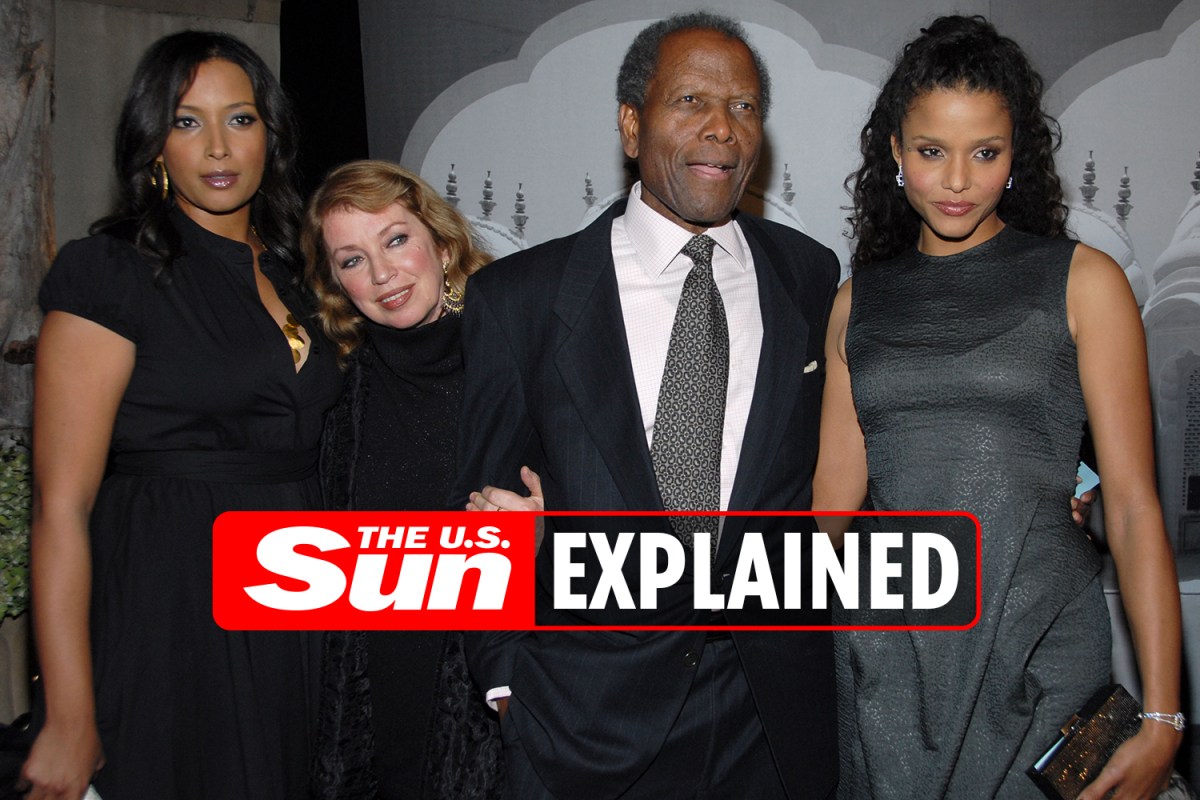 SIDNEY Poitier, a Bahamian-American actor who won the Academy Award for Best Actor for the 1963 film Lilies of the Field and was the first Black man to do, so has died.

He was 94 years old at the time of his death.

They raised their family in a Hudson River mansion in Stuyvesant, New York.

Poitier began a nine-year relationship with actress Diahann Carroll in 1959.

On January 23, 1976, he married Joanna Shimkus, a former actress from Canada, and they remained married for the remainder of his life.

Who are Sidney Poitier’s children?

He had six daughters in total: four daughters with Hardy named Beverly, Pamela, Sherri, and Gina.

Portier also had daughters Anika and Sydney Tamiia with Shimkus.

Sydney is an actress, having begun her acting career in 1998, and has since been on series such as Grey’s Anatomy, Hawaii Five-0, Chicago P.D., and Carter.

Poitier’s resolve to follow in her father’s footsteps as an actress led her to enroll in acting school. She earned a bachelor’s degree in acting from NYU’s Tisch School of the Arts.

Gina, an administrative assistant, tragically died on May 27, 2018.

Pamela, like her sister Sydney, pursued a career in acting. Liberty & Bash, Savannah, and The Jackal were among the films she worked on. She works as a teacher as well.

Sherri is a cook and Beverly is a designer for Poitier Henderson Jewelry.

Anika is a filmmaker who remains behind the camera.

Poitier also had eight grandkids and three great-grandchildren in addition to his six daughters.

How did Sidney Poitier die?

Deputy Prime Minister Chester Cooper was “conflicted with great sadness and a sense of celebration when I learned of Sir Sidney Poitier’s passing,” he remarked in response to Poitier’s death.

“Sadness that he would no longer be here to tell him how much he means to us, but celebration that he did so much to show the world that those from the humblest beginnings can change the world and that we gave him his flowers while he was with us,” Cooper told the Guardian Nassau.

Portier’s cause of death is yet to be determined.