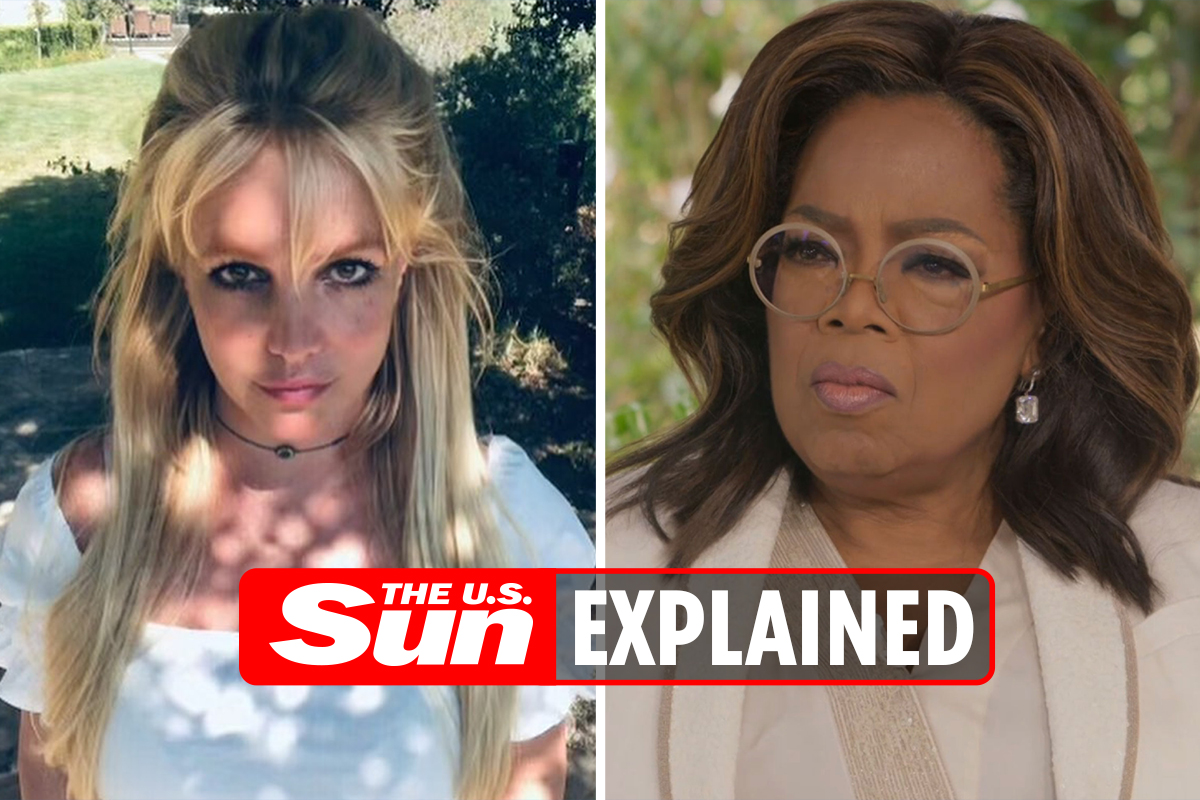 AFTER the end of a 13-year conservatorship, Britney Spears is still in the limelight and not holding back.

Despite being released from her 13-year conservatorship in November, her connection with her family is still strained after years of claimed “abuse.”

When will the interview air?

Though there is no particular date for when a Spears, 40, interview with Oprah Winfrey, 67, will air, there is certainly one “in the works,” according to what an exclusive source told The Sun.

In the interview, the pop star will “tell ALL” to Winfrey about her family strife and conservatorship.

During her Good Morning America (GMA) interview, Spears attacked her sister, Jamie Lynn Spears, for “profiting” from her success and “spreading lies.”

“Britney is deeply hurt and angry [that] others, who claim to love her, keep attempting to tell her narrative when it’s her story to tell,” the source told The Sun.

“She will absolutely be speaking out on her own terms. Nothing is locked in yet but things are in play right now.

“It’s happening this year, maybe sooner than fans think. She’s already talked to Winfrey about doing a sit-down and Spears wants an interview to happen.

“Oprah wants it to happen too. It seems like it’s going to work out, so she’s focusing on starting her new life now.”

The insider added that Spears is also “transitioning into a better house for her and very ready for her fresh start.”

What has Britney said about her conservatorship?

Spears wrote that while she was suffering a 104º fever, she sat down and watched her sister’s interview and that she took issue with what was claimed by her sister while promoting her memoir, Things I Should Have Said.

Spears refuted the comments her sister made saying that her conduct was unpredictable prior to her 13-year conservatorship, which was dissolved in November by a judge.

“She was never around me much 15 years ago at that time… so why are they even talking about that unless she wants to sell a book at my expense.”

Previously, Spears has described the now terminated conservatorship as abusive, and she has said that she is scared of her father, James P. Spears and that she would not perform as long as he was in charge of it.

Who else has Oprah interviewed?

Having been active since 1973, Winfrey has interviewed a slew of celebrities and public figures.

However, she has conducted various high-profile interviews recently, such as one with the Duke and Duchess of Sussex Meghan Markle and Prince Harry.

The couple revealed detailed accounts of their struggles as royals, speaking on topics including mental health concerns, questions surrounding the color of their son Archie’s skin tone, and their relationship with the Royal Family.

Most recently, Winfrey sat down with Adele during the singer’s concert special titled Adele One Night Only having aired on CBS two weeks prior to the release of her album 25.

Adele spoke about her music, her divorce, her son, and her new relationship in the revealing interview.