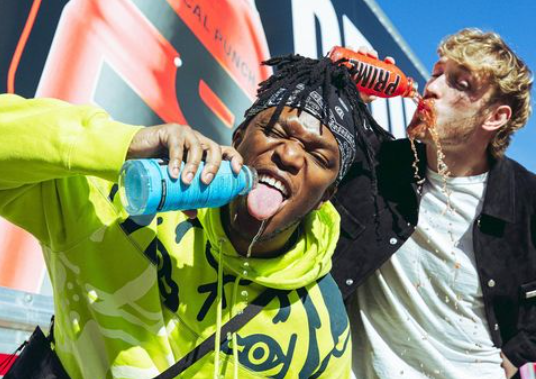 YOUTUBER turned boxer Logan Paul has lent his hand to many business ventures since his rise to fame.

Now, he is teaming up with boxing rival KSI to launch a new drink called Prime.

When is the Prime drink coming to the UK?

Two years after their final match in 2019, the two social media moguls have put their rivalry behind them.

Now, Logan Paul and KSI have teamed up to create a sports drink that has already hit stores across the United States.

According to the company’s Instagram account, Prime will be coming to UK stores in February 2022, so fans won’t have to wait long to get their hands on it – although an exact date is yet to be released.

When the drink does hit shops UK, it will be available in Tesco and ASDA.

What is KSI and Logan Paul’s Prime drink?

On January 4, 2022, it was announced that the former rivals have become business partners and had created a new sports drink called Prime Hydration.

During a live stream, Paul and KSI revealed that they are aiming to “rival some of the biggest companies on Earth” with their new beverage, including “Pepsi, Coke, Gatorade, and Powerade.”

The YouTubers claimed that their biggest goals for their collaborative drink are taste and hydration. Logan

Paul revealed that their drink is made up of 10% coconut water and boasts 825 milligrams of electrolytes.

Leading up to the announcement of their new business venture, the fighters heavily teased fans with an event called “The Final Chapter,” which many believed would be another fight.

However, the event in which they were publicizing had to do with the announcement of Prime.

Throughout the course of 2018 and 2019, Paul and KSI made millions in their fights and fans were expecting a third face-off when KSI won the rematch after their first fight ended in a draw.