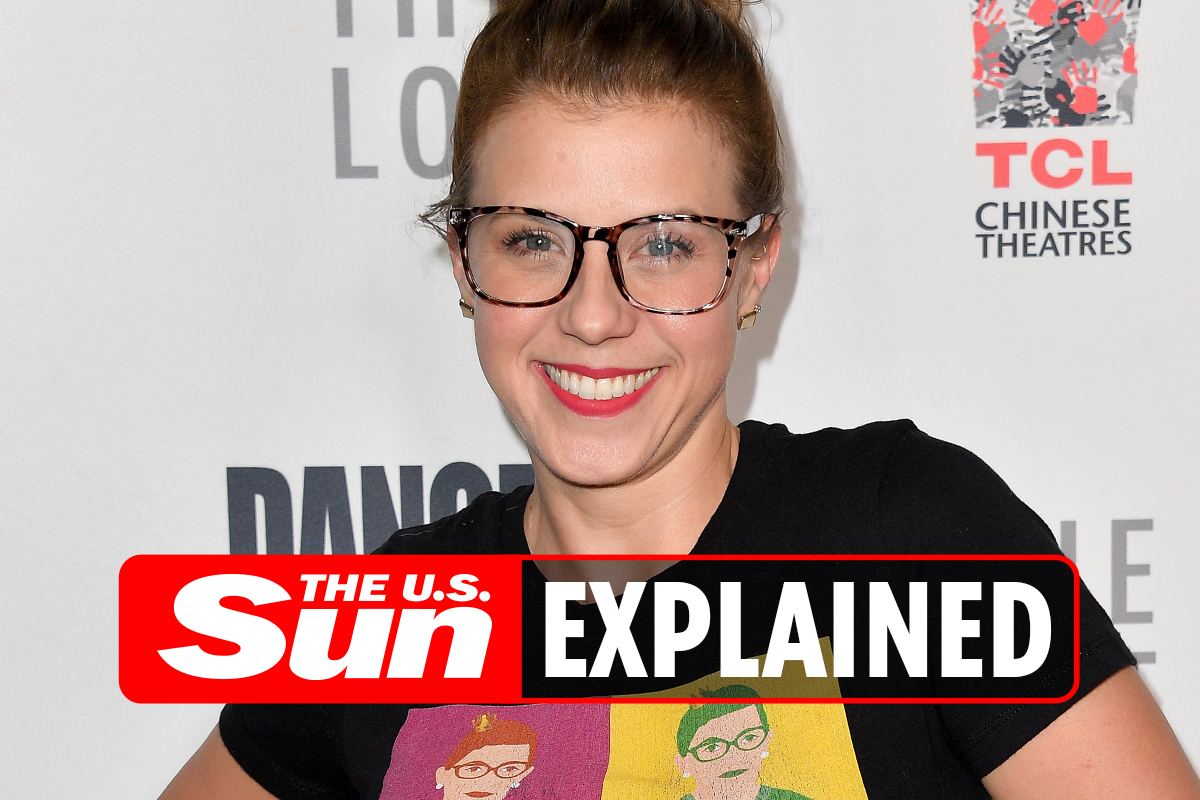 JODIE Sweetin’s acting career began when she was five years old after she appeared on the television series, Valerie.

Since then, she has gone on to star in multiple productions but her most iconic role to date is as Stephanie Tanner in the Full House franchise.

What is Jodie Sweetin’s net worth?

As of January 2022, Sweetin has an estimated net worth of $2million, according to Celebrity Net Worth.

This number comes from her various acting gigs as well as from her 2009 memoir called “UnSweetined,” which tells the story of her drug addiction following the end of Full House.

She reportedly became addicted at the age of 14 and ended up taking a break from the entertainment industry from 1999 to 2006 to recover.

Outside of Full House, Sweetin has also starred in Just Swipe, Walt Before Mickey, Merry & Bright, Love Under the Rainbow, and Finding Santa.

What Jodie she say about Bob Saget’s death?

Tragedy struck the Full House family after it was revealed that Bob Saget, who portrayed the role of Danny Tanner on Full and Fuller House, had passed away at the age of 65.

more from celebrity net worth

As tributes to the late star poured in, Sweetin took to Instagram where she reflected on her relationship with Saget over the years.

“There aren’t enough words to express what I’m feeling today. Nor are they big enough to capture even a slice of who he was,” she wrote.

“One thing I do know, is that we never missed a chance to tell each other, ‘I love you’. Every time we talked, there were at least 3 or 4 exchanged at the end of a conversation, whether it was text, phone call or in person. And he usually had to have the last word, ‘I love you more…’

“…Bob was a wonderful human being. A human being that could drive you nuts at times, and he knew it, but who was so genuine that you couldn’t even get that frustrated,” she added.

“I’ll miss you Bob. I’ll make sure and tell an inappropriate joke at your funeral. In your honor. I know you would’ve wanted that.

“But you were supposed to be here longer…,” she concluded. “How Rude.”

While Saget’s cause of death has yet to be revealed it has been reported that he may have suffered a heart attack or stroke.

He passed away just hours after performing a comedy show in Jacksonville, Florida.

Over the years, Sweetin has tied the knot three different times and has also welcomed two children including Zoie, 13, and Beatrix, who is 11-years-old.

From 2002 to 2006, she was married to police officer Shaun Holguin. Following their divorce, she then remarried Cody Herpin in 2007 but got divorced shortly after in 2010.

Sweetin then walked down the aisle a third time with actor Morty Coyle in 2010, however, the former couple split in 2016.

On January 17, 2022, Sweetin announced her engagement to Mescal Wasilewski, whom she has been dating since 2018 but at this time, it remains unclear when the two will walk down the aisle.