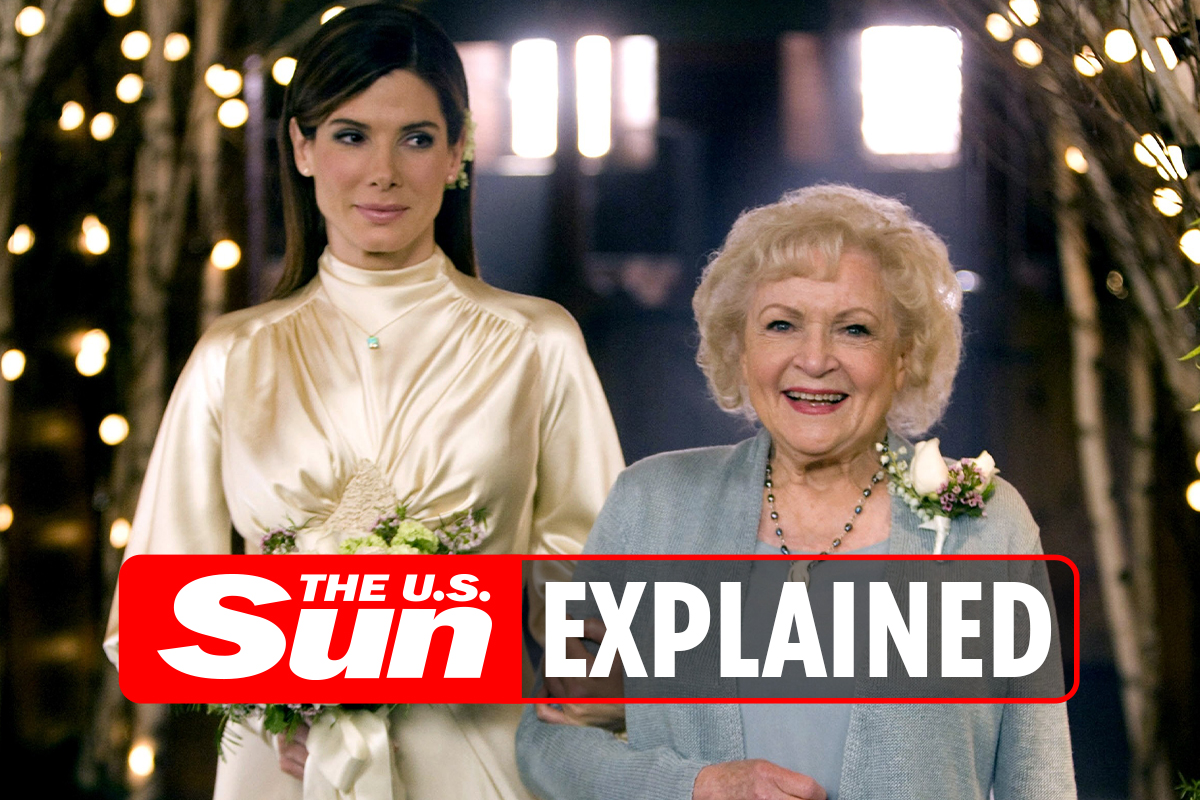 BETTY White was known for her sense of humor and off-hand one liners.

During an award show in 2010, Betty delivered a quick roast to her costar at the time, Sandra Bullock.

What did Betty White say about Sandra Bullock?

Betty White appeared alongside Sandra Bullock in the 2009 film The Proposal.

At the Screen Actors Guild award show in 2010, Bullock presented Betty with the Life Achievement Award.

While accepting the award, Betty delivered a speech, jokingly insulting Bullock during it.

“…And the fact that this lovely lady, she is such a wonderful one and with all the wonderful things that have happened to her,” Betty said, grabbing Bullock’s hand.

“Isn’t it heartening to see how far a girl as plain as she is can go?”

Bullock and members of the audience immediately burst into laughter following the joke.

“Her Lifetime SAG Award acceptance speech where she roasted Sandra Bullock to hell and back. RIP to a legend.”

“Betty White’s timing – on even the simplest joke – was always elite,” wrote journalist Matthew Berry alongside the video.

What was Betty White’s cause of death?

Sources told TMZ that the iconic star was found dead at her home on the morning of New Year’s Eve.

The source added that she didn’t have any illnesses and she was not battling any particular ailment, and it is believed she died of natural causes.

“Even though Betty was about to be 100, I thought she would live forever,” Betty’s agent, Jeff Witjas, said in a statement to PEOPLE.

“I will miss her terribly and so will the animal world that she loved so much,” he continued.

Many other stars have shared tributes to the late actress, including Ryan Reynolds.

“The world looks a little different now,” he wrote via Instagram.

“She was great at defying expectation. She managed to grow very old and somehow, not old enough. We’ll miss you, Betty. Now you know the secret.”

Who is Sandra Bullock?

She’s also known for her roles in the films including Speed, Miss Congeniality, Two Weeks Notice, The Proposal and Gravity.

“Don’t say, ‘My adopted child.’ No one calls their kid their ‘IVF child’ or their ‘Oh, s–t, I went to a bar and got knocked-up child’.

According to Celebrity Net Worth, Bullock is estimated to have a net worth of around $250million.