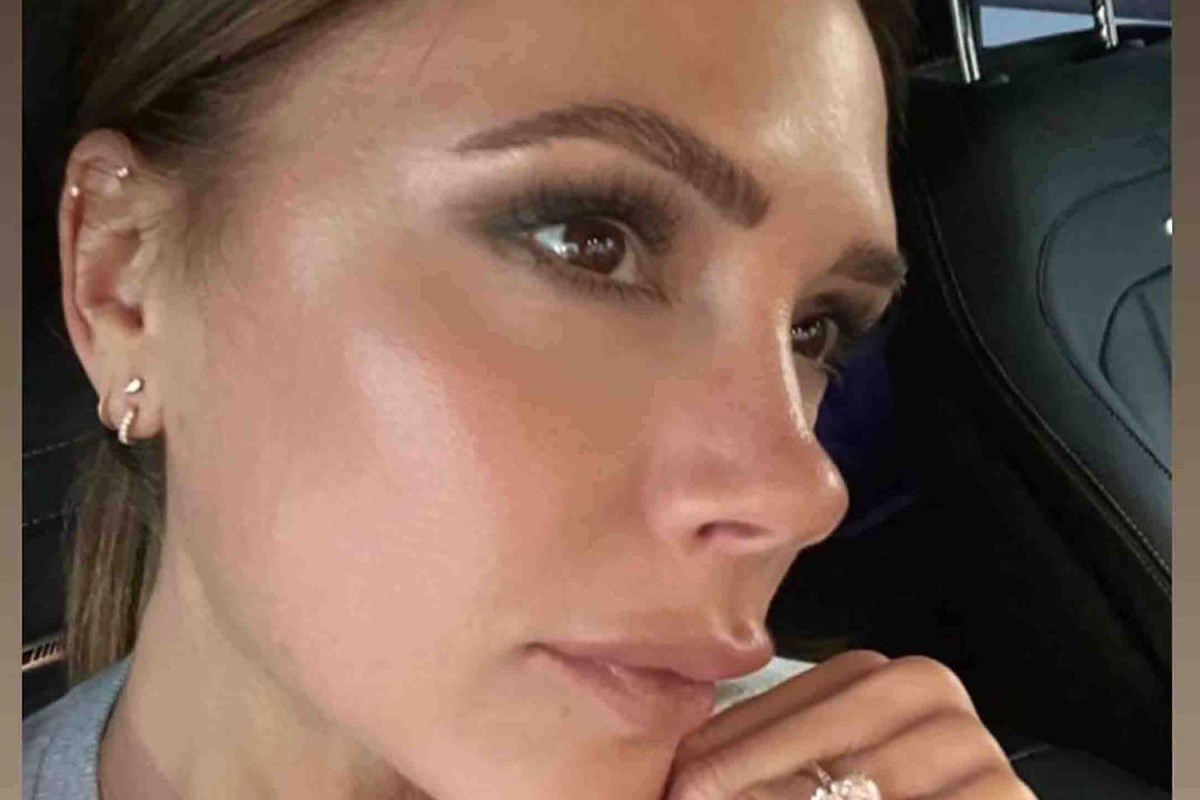 VICTORIA Beckham looked stunning in an unfiltered selfie as she showed off her make-up skills.

Victoria, 47, shared a photo of her makeup after giving fans a tutorial in applying products from her Victoria Beckham makeup line.

The fashion mogul posed with her head tilted to side to show off the completed look featuring a smoky eye and nude lip.

Posting the photo to her Instagram stories, Victoria sat in a car while taking the selfie which also showed off her massive sparkler from husband David Beckham.

“The finished look! A slightly softer version for the day,” she captioned the image.

Victoria recently admitted 2021 “definitely wasn’t the easiest” as she looked forward to a great 2022.

And the couple kicked off the year in style, going for a first cruise on their new mega-boat with family, including Victoria’s parents, Anthony and Jackie Adams, who were seen sitting between the Beckhams in The Sun’s exclusive snaps.

The vessel is named Seven — matching his shirt number for the Red Devils and as his country’s skipper, plus the middle name of ten-year-old daughter Harper.

The father of four, 46, splashed out on the 93.5ft yacht following a visit to the Ferretti shipyard in Forli.

It was presented to proud Becks near its mooring, close to the star’s £19million penthouse in Miami.

In one picture, Victoria showed off her tiny frame and peach bum as she looked out onto the sea from their yacht.

She looked incredible in some black Reebok shorts and a matching sports bra.