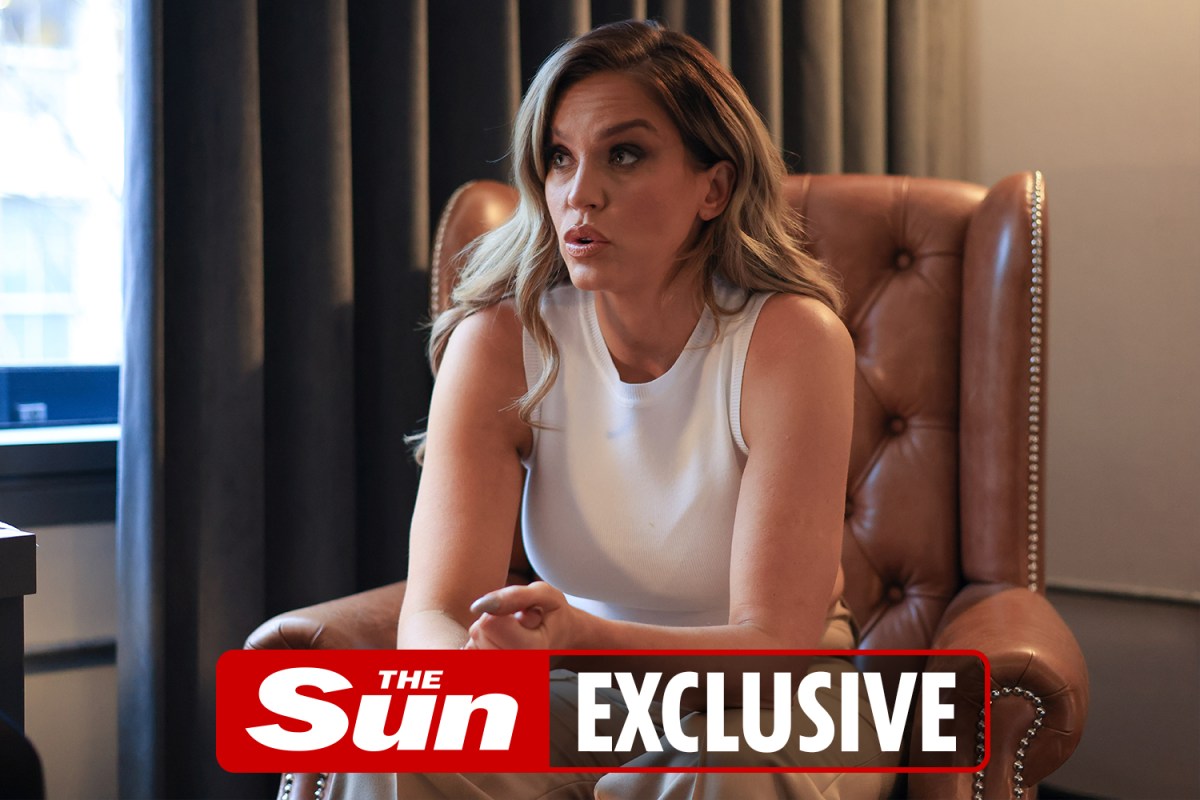 VICKY Pattison has revealed her fears that she “won’t be able to have a baby” and has confirmed that she will freeze her eggs by the end of this year after “shock” cyst diagnosis.

The 34-year-old star explained that she was left devastated after doctors found a “four-centimetre sized cyst” on her ovary.

Immediately after the diagnosis, Vicky said that she became “fixated” on how the cyst would affect her chances of having kids.

Speaking exclusively to The Sun, Vicky said: “Of course, that was my main concern – they do warn you about that cysts can make it difficult to conceive naturally.

“That was all I was thinking when I came out of the doctor. I wasn’t even bothered about the pain anymore, that was what I was fixated on.”

Leaving Vicky knocked for six, the TV personality said that she is despite being afraid that this will affect her chances of having kids, she and boyfriend Ercan Ramadan are prepared to find alternative ways to become parents.

“Ercan gave me a lovely pep talk, he said I’m sure everything will work out and if it doesn’t there are so many different ways for us to be parents which was lovely and exactly the right thing to say,” Vicky continued.

“He doesn’t always get it right bless him, but he hit the nail on the head there.

“All these beautiful women chatting to us on Instagram, saying they had heard similar things when they were younger and of course ended up having really healthy happy children.

“I was initially a little bit upset and shocked and that was my main concern but now I’m not. I think there are people far worse off and I should be very lucky.”

The podcaster said she was crushed at that the thought that having children was “off the table” – so has made the decision to “leave 2022 with a freezer full of eggs”.

Discussing her plans to freeze her eggs, Vicky said: ” 110 per cent, this has acted as a real catalyst I think and you know when you think something isn’t possible it makes you realise how you really feel about it, like when you breakup with someone and then you realise how much you love them.

“When I thought having children was off the table it made me very upset.

“No we’re not ready for children yet, stretched so thinly at the moment as it is, baby Milo is a complete handful but I would hate to not have the option in the future – yes so in January.

The I’m A Celeb champion, who had previously discussed how she struggled with painful periods, said she is relieved that she’s finally been given a diagnosis.

Opening up about her agonising journey, Vicky said: “The diagnosis was just a couple of weeks ago, I suffered with really bad periods for about eight months and before that I was really struggling with my hormone imbalance, largely due to my contraceptive implants, it was making me very irrational, emotional and super unpredictable.

“It was just really horrible that I was losing so much of myself – 2/3 weeks of the month, I was unrecognisable.”

An ovarian cyst is a fluid-filled sac that develops on a woman’s ovary.

They’re very common – most women produce at least one naturally every month, which go away on their own. An ovarian cyst usually only causes symptoms if it ruptures, is very large, or blocks the blood supply to the ovaries.

In these cases, you may experience:

The vast majority of cysts are non-cancerous and do not stop you getting pregant, although they can make it harder to conceive.

If you need an operation to remove your cysts, your surgeon will aim to preserve your fertility whenever possible.

The star explained that she stopped her contraceptive pill and was faced with painful periods and found out that she had a cyst on her ovary.

“Contraception often stops these things from growing and when I came off it it obviously just ballooned up,” the Geordie beauty explained.

“It feels really good in a way to finally have an answer, and feel that I’m not being dramatic and making a mountain out of a mole hill.

“I got really angry with myself, so now I’ve got the answer and I know I’m not a big fanny.”

The TV favourite said that she will be required to go for regular scans to monitor the cyst’s progress and thanked her followers for their outpouring of support.

She continued: “Obviously it’s now dealing with it going forwards, like what is the best way.

“ My doctors been amazing, he’s advised me to just monitor it because cysts can shrink.

“The outpouring of lovely support on Instagram – there’s been so many amazing women say they’ve had 12cm cysts and I’ve got two healthy boys, we just need to hear stuff like that.

“Women just need reassurance sometimes, what we’re expected to go Theviraltime as women, whether it be periods, child births, b****rd boyfriends, we’re all meant to take it on the chin and it’s bulls***.

“I am all for honest and open conversations about this, I’m feeling a lot more positive because it’s been so long and I finally know what’s going on in my body.”

According to the NHS, an ovarian cyst is a fluid-filled sac that develops on an ovary.

Usually they don’t need treatment and will go away of their own accord – but sometimes they can cause bloating and a swollen tummy.

However, you should see your GP if you experience symptoms, such as pain during sex, painful periods, difficulty emptying bowels or pelvic pain.

Vicky Pattison continues to partner with Hartley’s 10 Cal Jelly and is saying yes to pudding this January. At only 10 calories, it’s the perfect pudding.