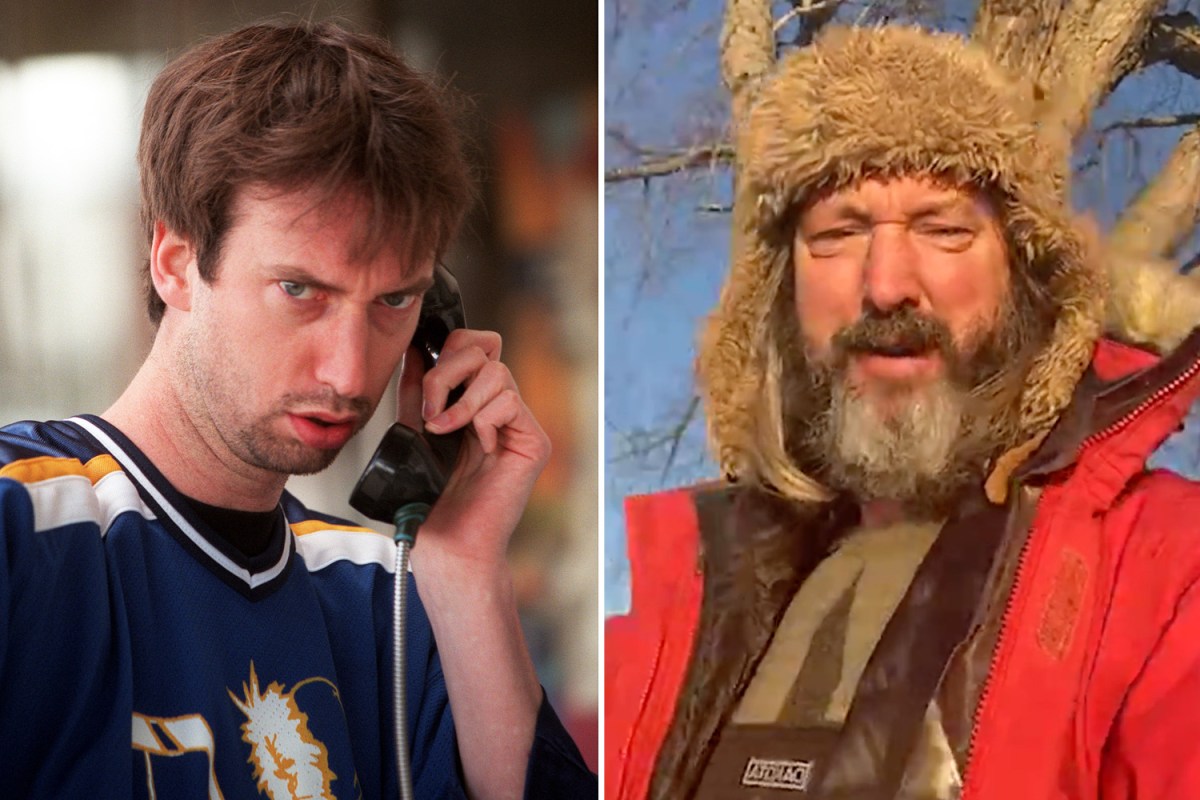 TOM Green looked unrecognizable with a full beard and long hair after leaving Hollywood to live in a log cabin in rural Canada.

The actor opted to leave the country to live a more “laid-back” lifestyle after achieving major success in the entertainment industry.

Tom, 50, shocked fans with his new look after he moved back to his native land, distancing himself from the Hollywood scene.

Recently the comedian gave his followers a glimpse at his new life on his Instagram page, showcasing his view of the beautiful snowy landscape while walking his dog, Charlie near his home in Ottawa.

The film star then took time to answer fan’s questions while sitting in his quaint log cabin, before venturing outside to enjoy the cold weather with his furry companion.

The video lasted over an hour of the star taking viewers around with him throughout his home and to enjoy the outdoors.

Tom often uses the platform to post similar clips and photos of his new quiet lifestyle living in the woods.

In a follow-up video, The Tom Green Show host explained the reason behind his long live-streams calling them “ridiculous.”

“I wanted you to know that I know that this is ridiculous. This thing, these four hour live-streams where I go walking in the woods and all that stuff, you know? I want you to understand that there’s a motivation behind it,” he began.

Tom continued: “In fact most people won’t even watch five minutes of it and that’s where it gets kind of exciting because once you get sort of an hour into somebody’s streams, I at this point I am aware that… I’m really only going to be talking to people that are really vibing with what’s going on.

“You guys…are a captive audience. And at that point since there’s essentially no one watching… I can start slipping in some very experimental and very weird and performance-like silly things… It is fun for me because it’s ridiculous,” he said.

In a recent interview with Ottawa Magazine, Tom opened up about his newfound lifestyle and how it has helped him become “creatively relaxed” in his career.

“I’ve been developing a lot of new technical and creative skills with my photography and with music. I’m recording an album now. I’m also going to be putting together a photography exhibit, as well, of some of my work that I’ve done as I’ve travelled around in my van,” the comic revealed about his future endeavors.

Tom also discussed what drew him towards the wilderness, away from the hustle and bustle of California, which he explained: There’s a little bit more of a laid-back attitude, lots of green space and outdoor places to go walking without the congestion and some of the negative things that come with being in some huge cities.”

The Road Trip star is happy with his secluded small-town living saying: “When I’m in Ottawa, I definitely feel a sense of being home. When I was in Los Angeles, it was always exciting and cool to be there, but it never really felt like home.”

Tom gained prominence in the entertainment industry in the 1990s when his TV show, The Tom Green Show aired on MTV.

His success continued to grow as he appeared in films like Road Trip, Charlie’s Angels, Freddy Got Fingered, among others.

He was briefly married to actress Drew Barrymore from 2001-2002.

Drew Barrymore, 46, reveals she’s been secretly sober for two years after realizing alcohol ‘did not serve her’