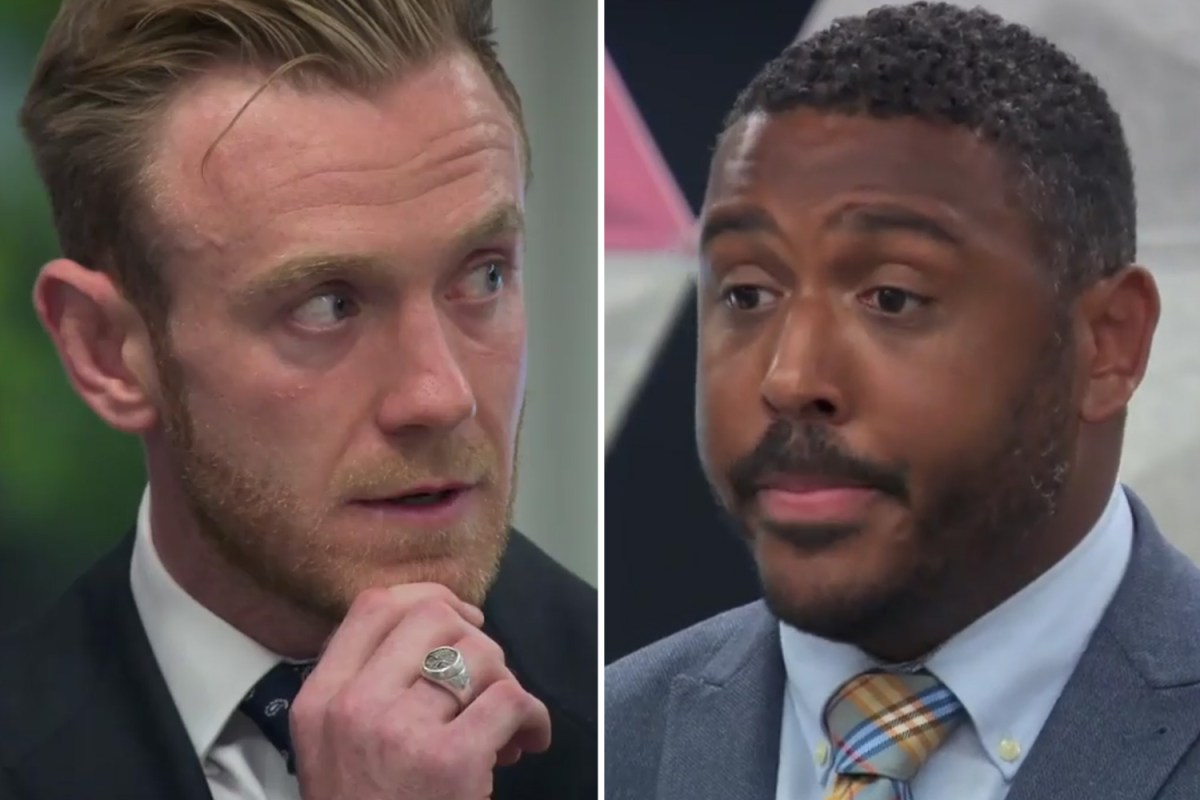 THE Apprentice fans have branded the show a fix claiming the “wrong person” was sent home again.

The boys’ team lost another task this week and project manager, Aaron Willis, was dragged back into the boardroom along with Connor Gilsenan and Nick Showering.

Viewers thought Aaron was a goner as it was his idea to create a kids’ toothbrush that looked like a wizard’s wand – which in the end resembled “a turd”.

But The Apprentice candidate laid the blame for winning zero sales on Connor’s decision to make their character Wiffy The Wizard a boy instead of gender-neutral.

Aaron fought tooth and nail for his place and despite Lord Sugar slamming the “poo” like brush, Connor was sent packing.

Viewers were in uproar on Twitter over the business mogul’s decision.

One ranted: “LORD SUGAR THAT OLD B*****D HAS LOST HIS BLOODY HEAD AARON SHOULD HAVE GONE”

Another said: “Aaron should have gone. Second week in a row the wrong person’s got fired.”

One more raged: “When you create a product called whiffy and you design it like a turd. How the hell did Aaron survive that? #Fix #TheApprentice”

He told host Tom Allen: “I think I’d have a pretty decent case for unfair dismissal but I don’t fancy going up against Lord Sugar in the courtroom after the boardroom.”

Asked if he thought Aaron should have been let go, the Irishman added: “I do, yeah.”

However, he admitted that the pressure during the tasks caused a perfect storm and mistakes were easily made.

Reflecting on his time on the BBC One show, Connor said: “It was brutal. When he first spoke to me on the first day I sank into my chair, the whole thing is quite surreal and intimidating.

“I’m glad I got to experience the show as I’m a massive fan. I always would sit there and go, ‘how can they be so stupid?’

“And then Wiffy came out!

“A product that looks like a poo, that is kept in the toilet, and is called Whiffy.”

Connor also revealed that his business plan was a mobile bar serving alcohol that travels the country, and he had already set the wheels in motion for his new career.

Last week, Harry Mahmood – who was on the hit show along with 15 other hopefuls in a bid to secure a £250,000 investment for their business – became the first to get the boot when his team lost the challenge.

He was sent home despite the team losing over a logo produced by Akeem Bundu-Kamara for a cruise ship that was brown and green and looked like poo.