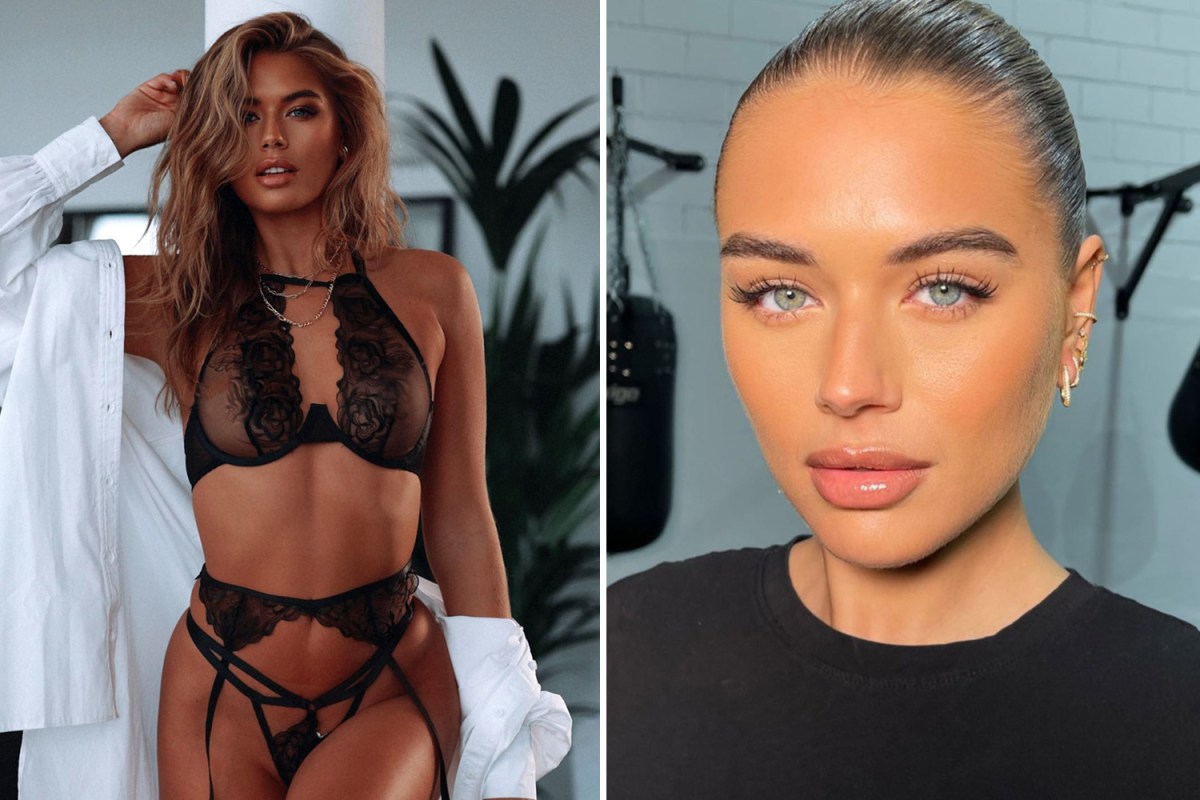 ARABELLA Chi turned up the heat in a lingerie snap just days after being accused of photoshopping her bottom.

The Love Island star looked sensational as she modelled the attire in a photo shared on Instagram tonight.

Bronzed Arabella, 30, slipped into a sheer plunging bra, thong, and matching suspenders which she teamed with an oversized white shirt.

Raising one arm, the beauty wore her hair in tousled waves and looked seductively at the camera.

It comes just days after she jetted to Mexico and posted photos from her hotel gym, showing off her trim physique in a sports crop top and a tight leggings.

However, Arabella’s eagle-eyed followers were left distracted by the blurry glass near her bum and suggested that her posterior had been edited.

One wrote: “Nicely curved glass on the second photo 😂.”

Another posted: “Why is she editing her pics, the glass near her bum is seriously wonky.”

“What happened the second photo. 😂😂😂,” a third commented.

Another fumed: “What’s the point in photoshopping?! A) you’re stunning already and B) people are going to see you in real life and see that it’s fake, like Jesus there’s nothing wrong with a small a**!”

Someone else added: “It’s really off-putting that she’s editing her bum to make it look unrealistic.”

Not aware of the huge blunder, Arabella captioned it: “Yoga with a view is the best kind of therapy.”

It was reported that she had signed up to MTV show Ex On The Beach, where reality stars try to form new love connections — with old flames dropping by.

The unlucky-in-love star failed to find a match on the hit ITV2 series and is now hoping her latest reality outing will prove more successful.