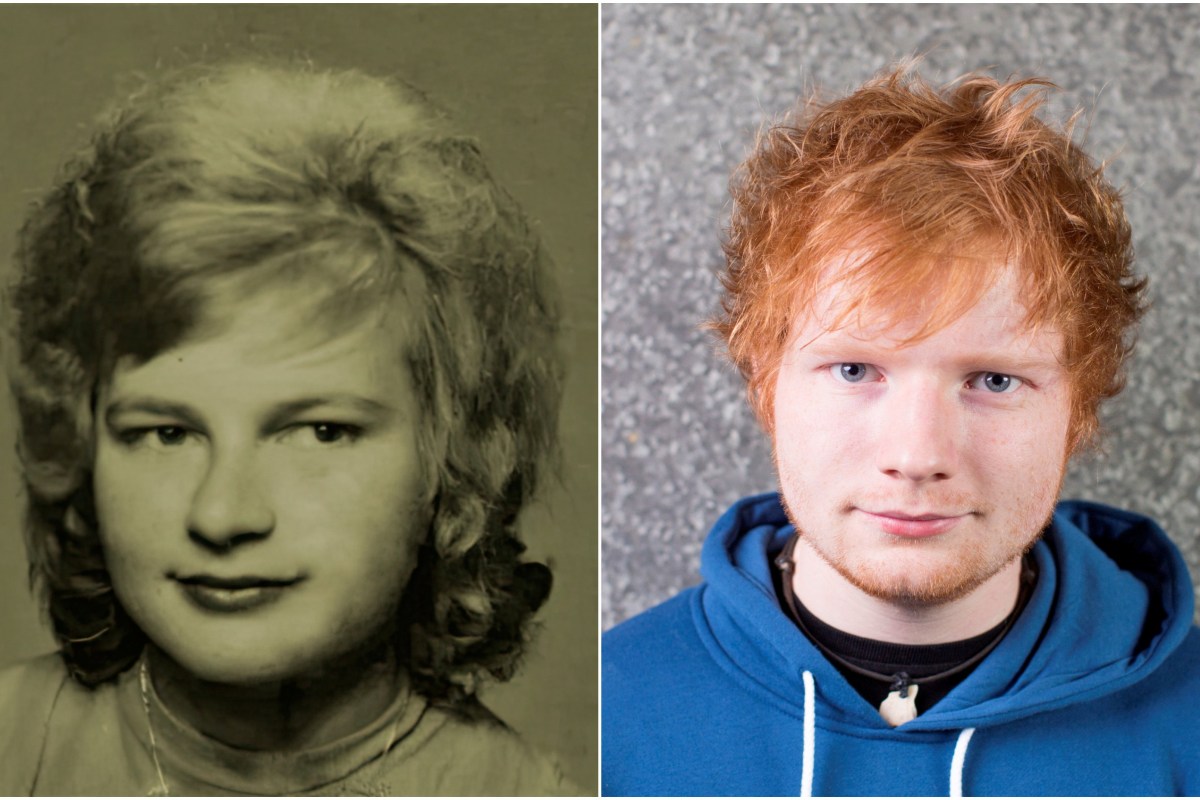 A STUDENT trawling old family photos suddenly wondered if he was related to Ed Sheeran — but it turned out to be a pic of his great aunt.

Eduard Hromkovic, 23, said the face peering back at him in the 60-year-old snap had an eerie resemblance to the singer-songwriter, 30.

Eduard, from Copenhagen, is not in contact with his great aunt and does not know her name.

He believes she is between 18 and 20 in the photo and is now in her 80s and lives near Prague.

Apart from his own similar first name, he does not believe there are any links to Sheeran.

However, the singer has spoken of his Scandinavian ancestry, telling fans in 2019 after taking a DNA test: “I’m six per cent Norwegian.”

Eduard added: “I have talked to a couple of my family members, asking them to check the picture out — and everyone had a very similar reaction.

“I instantly shared the picture and it became kind of a legend.

“I doubt my aunt has any idea about Ed being her doppelganger.

“But, considering his music plays quite a bit, I think she’ll know who he is.”