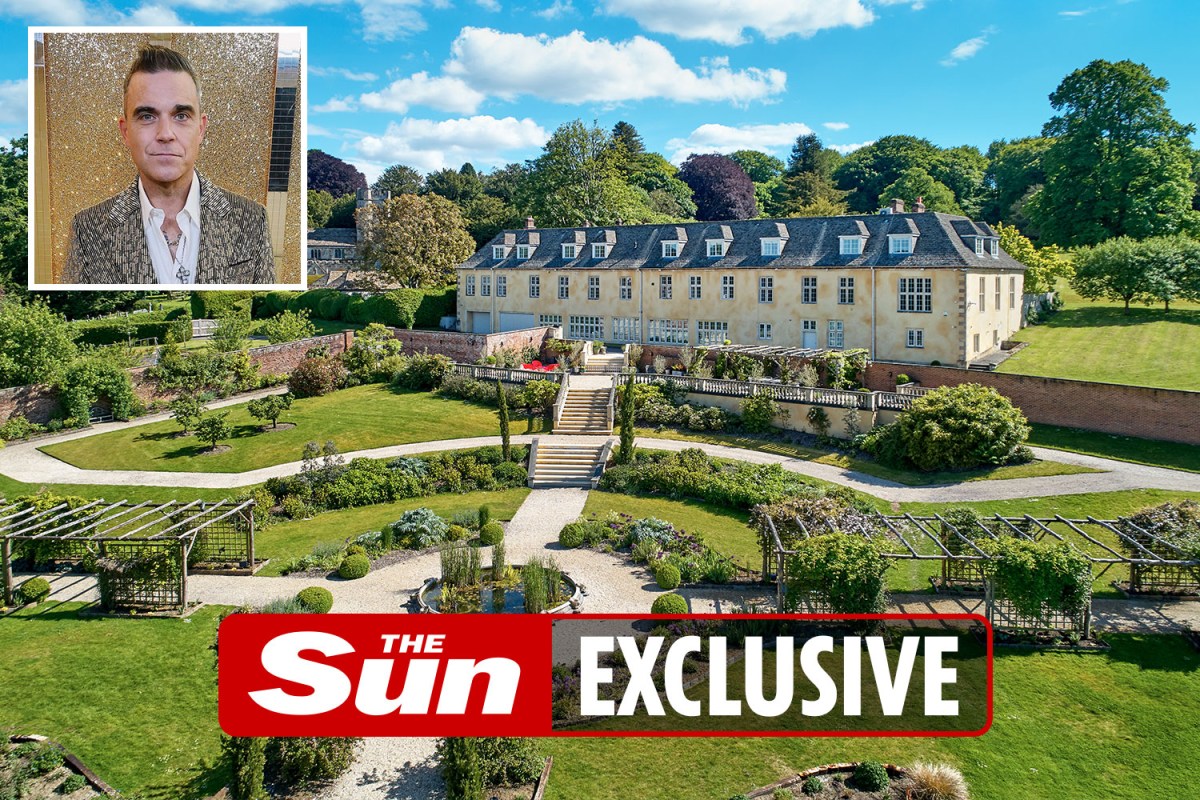 ROBBIE Williams has flogged his luxury mansion six months after putting the country pile on the market – and taken a monster hit on the sale.

And now upmarket estate agents Knight Frank have revealed the property has been sold subject to contract.

Robbie, 47, and his wife Ayda Field, 42, brought up their kids at the impressive house.

The spacious seven-bedroom property sits on a 71-acre country estate, and features its own football pitch, tennis court and helicopter hangar.

There’s also an additional cottage on site for guests, as well as two separate flats for members of staff including a nanny or cleaner.

The home – which is called Compton Bassett House – has a leisure spa with gym, indoor swimming pool, hot tub and a sauna inside.

Despite bringing up his four children – Theodora, nine, Charlton, seven, Colette, three, and Beau, two – in the home, Robbie put it on the market in 2021.

He said at the time: “Compton Bassett House has been the perfect escape for our family. It is where Ayda and I truly fell in love and set roots as a couple.

“Since then, we have welcomed four beautiful children into the gracious rooms at Compton Bassett House, where we have shared much laughter and joy.

“The gardens and trees have enchanted us with their magic, and on rainy days, we have played and splashed around the indoor pool, much to our delight.

“Compton Bassett House is most definitely a family-friendly house that deserves to have much more laughter and joy within its beautiful walls.”

But he said he’d now fallen out of love with the house.

“It gives me the creeps,” Robbie admitted in a podcast interview. “Teddy told me, ‘That room scares me. I don’t like that house’.

“I said, ‘It scares me too. You don’t have to sleep there any more’. If there is great grief or great pain or tragedy, I think it can soak into the walls and leave an essence there that remains for a very, very long time.”

The family want to make their £24million Swiss villa their main home after moving there during the pandemic.