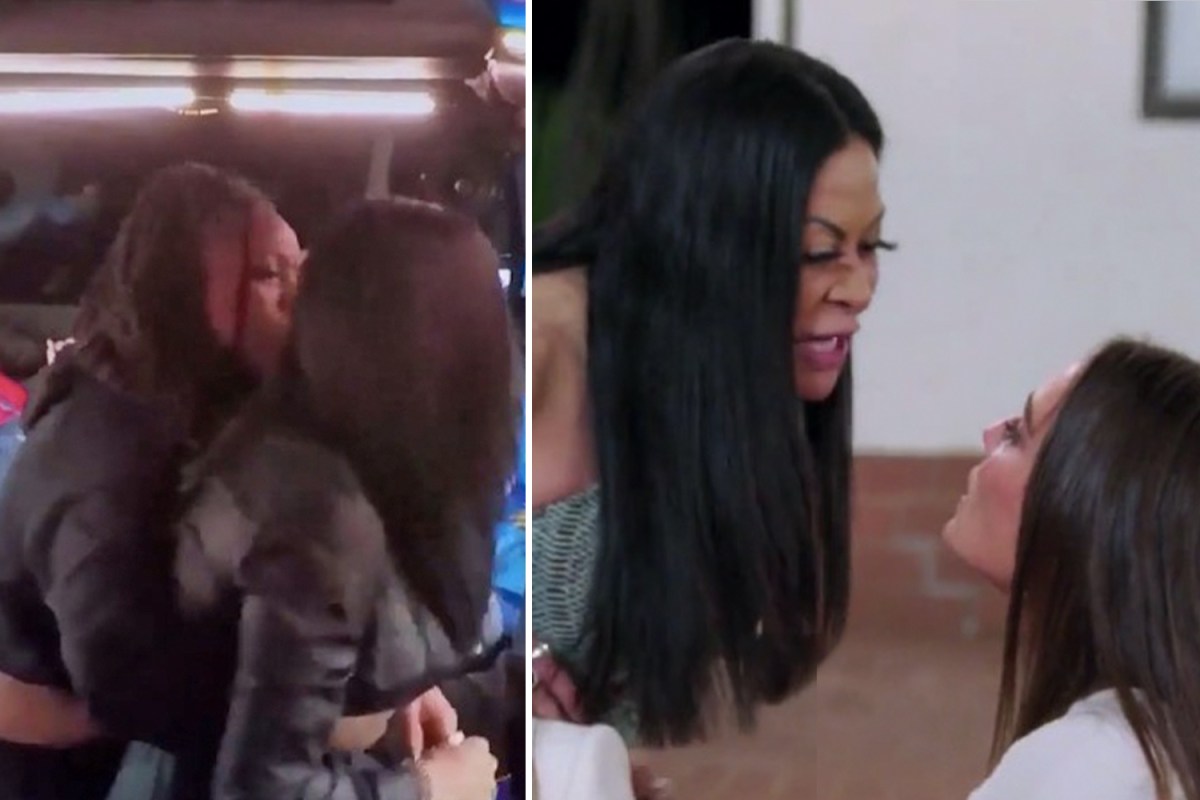 Following her fraud arrest, the reality star joined the rest of her cast mates on a road trip to Zion National Park in Utah – but things took a turn for the worst fast as Jen had multiple meltdowns on the group getaway.

The first explosive brawl began on the charter bus, which has now become a bad omen for the show, after Jen, 48, was arrested while fleeing the vehicle just weeks prior to the trip.

The head of the Shah Squad insisted she was furious at the “double standards” Lisa, 47, has with her and nemesis Meredith, 49.

Although Lisa attempted to explain she’s been close family friends with her bff Meredith for over 10 years, Jen would not listen and quickly went into hysterics.

On the verge of tears, Jen intensely screamed: “You haven’t held the same accountability to her. You haven’t! Say it, say it or I’m out.”

“I’m confused, say what?” Lisa asked after losing sight of what Jen was trying to convey.

As Lisa attempted to understand where she was coming from, Jen got up and walked to the back of the bus while continuing to curse at her friend.

“Shut the f**k up,” Jen yelled to which the Vida Tequila founder replied: “Sure, I’ll shut the f**k up. But you know, this is just as bad as what everyone else is doing.”

“Oh really? That’s just as bad as what Mary M. Cosby and your f**king friend of 10 years has done to you? Is it?” Jen asked while trying to get in Lisa’s face.

Lisa – who is typically the calmer one in the group – was visibly shaking as she appeared to hit her limit and screamed “I literally am shutting down.

However, Jen continued to lunge toward Lisa, getting in her face while putting her hands up to her – which Lisa swatted away.

HELD BACK BY PRODUCTION

A Bravo producer who was on the bus with the group then stepped in and tried to hold Jen back but it wasn’t working.

The other women present on the bus, Heather Gay, Whitney Rose, and Jennie Nguyen, looked shocked at the heated encounter they just witnessed and tried to ease the tension by calming both ladies down.

Their other RHOSLC cast mates, Meredith Marks and Mary Cosby, were noticeably absent from the tumultuous bus ride after also skipping the last group trip up to Vail during Jen’s arrest.

Though Jen and Lisa attempted to patch things up, tension bubbled the entire time they were at Zion National Park – which boiled over after Meredith and Mary joined their costars.

Later in the episode at a sit-down steak dinner, Jen nearly got into another physical brawl while seated at the table with the group.

The topic – which has been looming over the show all season – of Meredith hiring a private investigator to look into Jen and threats made against her family were brought up.

Attempting to deflect the attention back to Meredith, Jen got out of her seat and got into Meredith’s face, yelling at her “do you want to know what you’ve done?”

Mary – who was sitting in the middle of the two – had to push Jen back to keep her from continuing to lunge at Meredith.

After several minutes of fighting, Meredith “disengaged” as she often does on the show and left, leaving Jen seething with anger at the table with the rest of the cast.

Jen is facing fraud charges and was arrested earlier this year amid allegations she was involved in a $5million nationwide telemarketing scheme.

She now faces up to 30 years behind bars if found guilty during her trial – which begins in March – but has maintained her innocence.