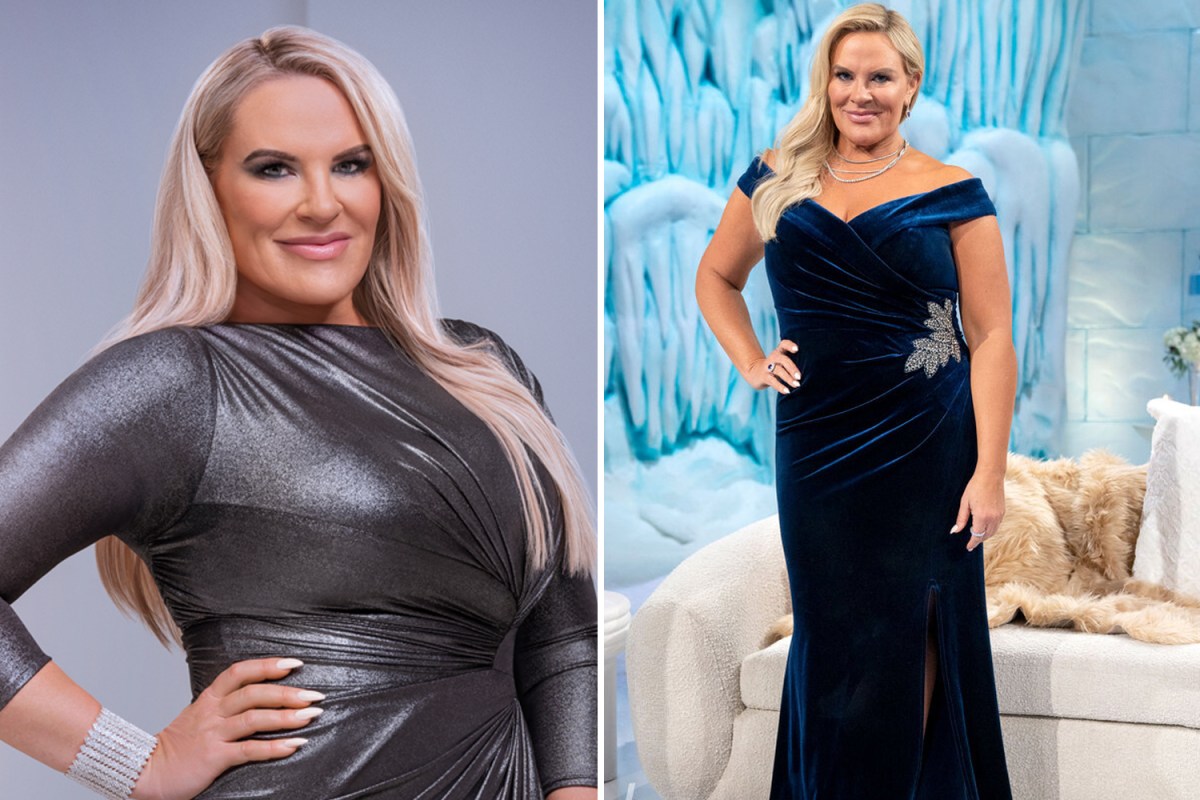 On Thursday, photos of the cast, including Heather, surfaced online giving fans a glimpse at what they’ll all be wearing as they sit down with Andy Cohen to recap the season.

Folks online weren’t fans of any of the ladies’ looks- at least for the most part – but many really hated Heather’s look.

To make matters worse, web sleuths found the dress on David’s Bridal for the low price of $150.

The photos were shared by popular Bravo fan account @QueensofBravo and fans had a field day ripping Heather’s look apart.

Another commented: “I love heather but she’s dressed like the mother of the bride.”

A third user complained: “Wtf Heather you got better style than that !!”

The dress is currently listed on the David’s Bridal website, though it doesn’t appear to be in stock.

Heather’s look wasn’t the only one that came under fire.

Fans had a field day picking the cast apart.

Jen posed in front of the reunion couch wearing a form-fitting purple dress with feathers on the shoulders.

It appears to be same dress Cardi B previously wore during a televised event.

The comment inspired a meme, which began making its rounds online shortly thereafter.

Queens of Bravo shared the photo, with one fan commenting: “most accurate.”

Another fan wrote: “You can’t tell me she didn’t use that as inspiration.”

“Where’s Kronk when ya need him?” another fan joked.

Others got more personal with their attacks, mocking Jen’s legal woes.

“That’s what she wore?! She would have looked better in an orange jumpsuit.”

Meredith sported a light blue pant suit to the reunion that had large feathers on the sleeves.

She’s been known to sport a feathered look, and fans don’t always love it when she does.

This look, in particular, drew ire.

“Is a former Muppets designer creating all her looks or what? [Why] does she insist on wearing these hideous outfits?” one commenter wrote.

Another chimed in: “Sesame Street vibes…”

The dress drama comes amid an even bigger controversy involving Mary Cosby.

Andy teased the RHOSLC reunion on his SiriusXM radio show earlier this week, addressing the fact that Mary will not be at the reunion.

He confessed that he found her absence “very disappointing,” noting that it was her decision not to attend.

Andy claimed he “had a sense” that she wouldn’t be coming, however.

He said: “I spoke to her on New Year’s Eve, a few hours before I went on the air [for CNN], we had a long talk.

“It’s her story to tell, but I got the sense that she was not finding gratitude in being on the show anymore.”

Andy went on to say that he’s not a fan of Housewives skipping reunions, telling listeners: “You allow the others to control your narrative as your last gesture.”

He added: “I’d much rather hear from her. And the truth of the matter is she was a huge part of the success of this show.”

She was accused of running a cult and was slammed for making racist comments on two occasions.