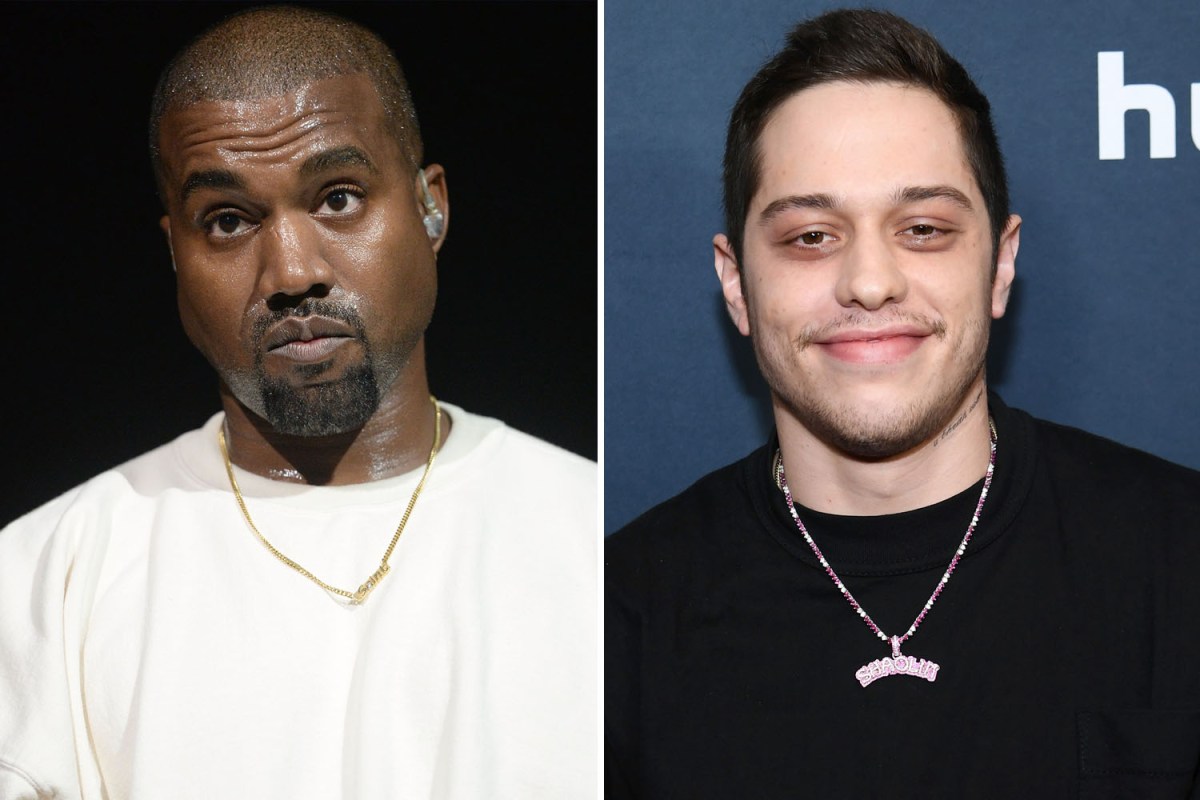 But according to him, he’s the good kind of trash.

The comedian, who is currently dating Kim Kardashian, joked about his incredible success with his love life during his first stand-up comedy set in three years.

Pete, 28, took the mic Tuesday night in New York City during an annual benefit concert for fellow comedian Patrice O’Neal, who died of a stroke resulting from his type 2 diabetes on November 29, 2011, 8 days before his 42nd birthday.

While the SNL star didn’t mention his new girlfriend by name, he did offer a breakdown as to why women find him so appealing.

According to US Weekly, the King of Staten Island star compared himself to a convenience store discount DVD bin.

He even gave exampled of typical movies banished to those bins, such as, according to Pete, films like Predator 2, Shrek Forever After and Tropic Thunder.

But the comic joked that a movie like Tropic Thunder is actually a classic, and doesn’t belong in the trash.

And the same could be said for him.

Since they started dating after Kim’s SNL episode, the couple have been jetting between New York and Los Angeles to be with each other, and took a trip to the Bahamas earlier this month.

As The Sun first reported, the two were caught packing on the PDA during a secret date at an LA restaurant last week.

The couple were spotted holding hands and hugging each other inside Jon & Vinny’s Italian restaurant, while waiting for their meal.

After dinner, the pair stopped by a local Rite-Aid Pharmacy for some Thrifty brand ice cream.

Just days before, the KUWTK star and comic were spotted boarding a private jet in the Bahamas, where they spent their getaway at Baker’s Bay Golf & Ocean Club on the Great Guana Cay in the Abaco island according to reports.

One person reportedly not smitten with Pete is Kim’s ex, Kanye West, who threatened to “kick his a**” in a new diss track.

In Kanye’s new song with The Game, he rapped: “God saved me from the crash, just so I can beat Pete Davidson’s a**.”

The threat led Kim to up her security detail.

An insider told recently Page Six: “She’s hired a new security team – so there was no one with any previous connection to Kanye.

“She does not want to be drawn into any battle with him, but she’s had enough now.

“While Pete is being supportive, it does put a strain on them and she’s worried it’ll ruin what they have.

But while Kim, 41, seems to be taking her ex’s threats seriously, Pete reportedly thinks it’s all a joke.

“Pete thinks it’s totally hilarious,” the insider contined. “Not just that — he thinks the whole [tabloid drama with him, Kanye and Kim] is hilarious.

However, he acknowledges his relationship with the Keeping Up With the Kardashians star has put him on another level of scrutiny.

The insider continued: “It’s funny to him that the press wants to know his every move all of a sudden.”

Another source told the outlet that Kanye’s diss track has positively impacted Kim and Pete’s relationship, claiming: “The whole craziness with Kanye last week has brought Kim and Pete closer.”