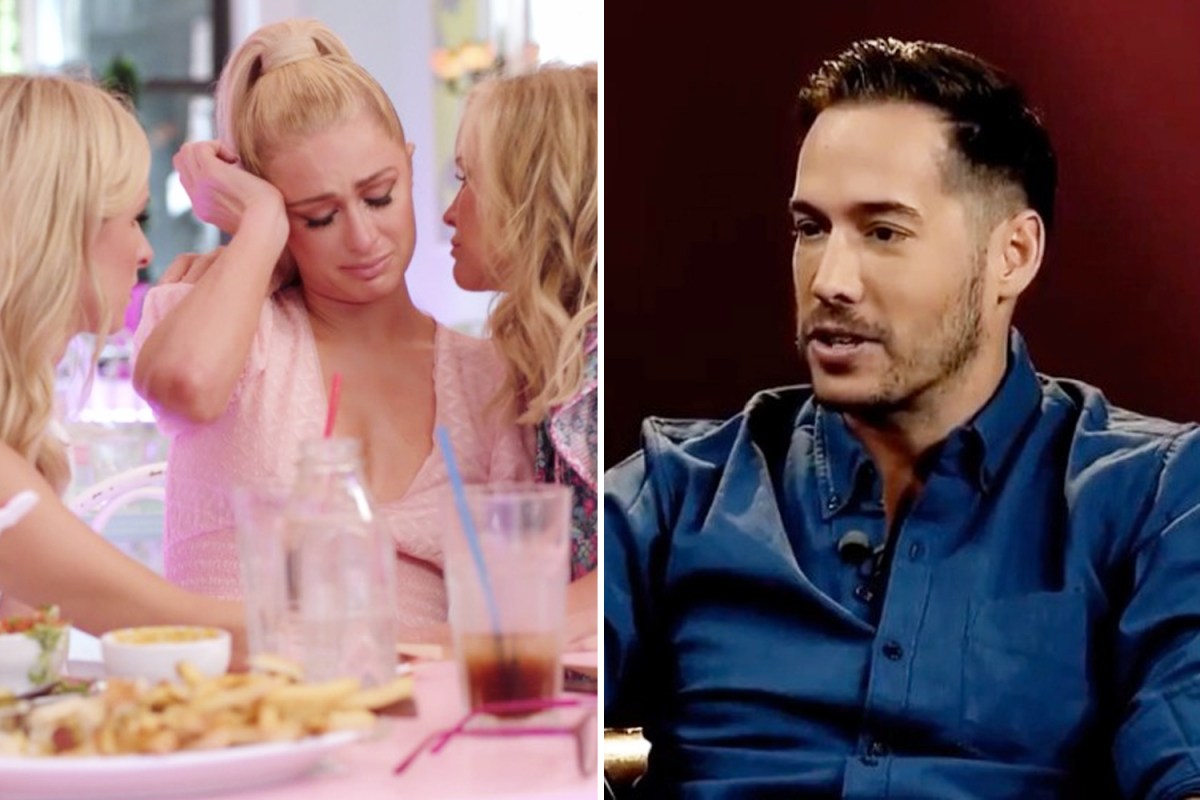 PARIS in Love could soon be Paris in Trouble, if there is any truth to some fan theories that the Hilton heiress’ new husband is already miserable.

The reality star married venture capitalist Carter Reum in November, and it was all caught by cameras for her new Peacock show.

Now, as the footage airs on her new series, Paris in Love, viewers are pointing out how over-it-all Carter looks.

One fan on Twitter shared: “Watched #ParisInLove, & Carter seems so toxic, overbearing & controlling. Putting her down in front of his fam, grilling her, hovering over her…creep!

“Thought she was going to cry. I feel sad for her…she’s been emotionally abused for so long, hope she finds true happiness.”

Another stated: “5 episodes deep and Carter has gone from Prince Charming to controlling manipulator real quick. How he stood behind her at the table. That was humiliating for her and he smiled.”

A third summed it up: “Carter is a walking red flag. This isn’t a “nice guy”, this is just a toxic ugly man.”

And one fan wondered what Carter’s ultimate intention is: “The way Carter introduces everyone to his fiancé as “Paris Hilton”, and the way he talks about how much money she makes, makes me cringe.

“The only reason he’s probably rushing this wedding and forcing everyone to get stuff done ASAP is cause he’s probably using her!”

The 13-part reality show documenting the run-up to the nuptials debuted on November 11, the same day the two tied the knot in Los Angeles.

But while it is likely to be the perfect showcase for heiress Paris following two decades in the limelight, Carter is said to have struggled with the shoot.

A production source told The Sun: “Carter’s obviously into the wedding but he hates the TV stuff around it.

“He’s a nice guy but he freezes on camera.

“He’s hating every second of this, I wonder how long he will last.”

Carter himself has even hinted at the craziness of the experience in a teaser for the show, where he can be seen saying: “As you can imagine, marrying Paris Hilton is quite different than I expected.”

In February this year he dropped to one knee to propose on the beach as they celebrated her 40th birthday on a private island.

Paris and Carter’s nuptials were watched on by a slew of celebrity guests, including Emma Roberts, Bebe Rexha, Ashley Benson and Paula Abdul.

They exchanged their vows in front of the socialite’s family, including parents Kathy and Rick, her sister and best friend Nicky, her brothers Barron and Conrad and her RHOBH star aunt Kyle Richards.

The Simple Life alum wowed in the Oscar De La Renta lace bridal gown with a high neckline and intricate embroidery, with her face partially obscured by a lace gown.

“My forever begins today… #JustMarried #ForeverHiltonReum,” she captioned the photo.

Their wedding was held at her late grandfather, Barron’s, sprawling Bel-Air estate, which had an enormous wooden dance floor constructed outside, as well as huge floral arrangements in the shape or Paris and Carter’s initials.

Paris has previously admitted that one of the things that attracted her to tech entrepreneur Carter is that he is not part of the celebrity world.

She said: “Carter is the opposite of every guy I’ve ever met before.

“He’s very business-focused and not into the Hollywood scene.

“I’ve never experienced that before, so it’s amazing to know that someone loves me for me and doesn’t want the spotlight.”

Carter has come under fire as it was recently learned that he has a “secret” nine-year-old love-child – whom his baby mama alleges he has only met once at birth.

Showbiz Holly Humberstone, Gracie Abrams and other artists to watch out for next year Theviraltime
Showbiz Test your showbiz smarts with our New Year’s Eve quiz Theviraltime
Advertisement