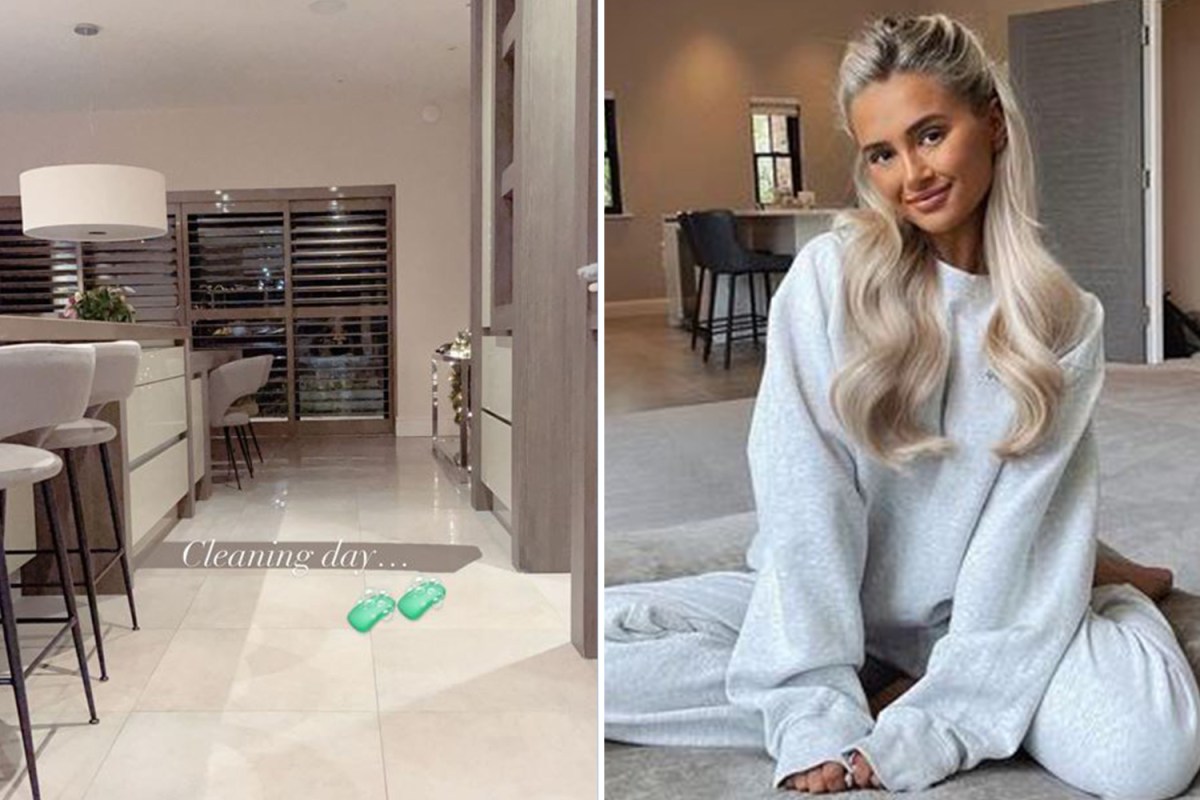 MOLLY-Mae Hague has shared a rare look inside her new home with Tommy Fury after they were forced to move.

Their £1.3million penthouse was ransacked by burglars last month – leaving Molly and Tommy pressured to flee to safety.

Raiders stripped the luxury three-bed home of jewellery and designer clothes in a £800,000 hit.

Molly-Mae has hired 24/7 security and vowed not to reveal so much of her new place in posts.

But she has begun to share a little more of her new place, which she has described as “perfect”.

Today she posted a snap of their kitchen bar area, telling fans it was “cleaning day”.

Influencer Molly-Mae, 22, said she feared she was targeted after posting about shopping sprees and sharing photos of her jewellery online.

Molly and boxer boyfriend Tommy were in London when their home in Hale, Manchester, was broken into.

She told fans on her YouTube channel after the burglary: “It was the worst thing that’s ever happened to me — it was just awful, horrendous.”