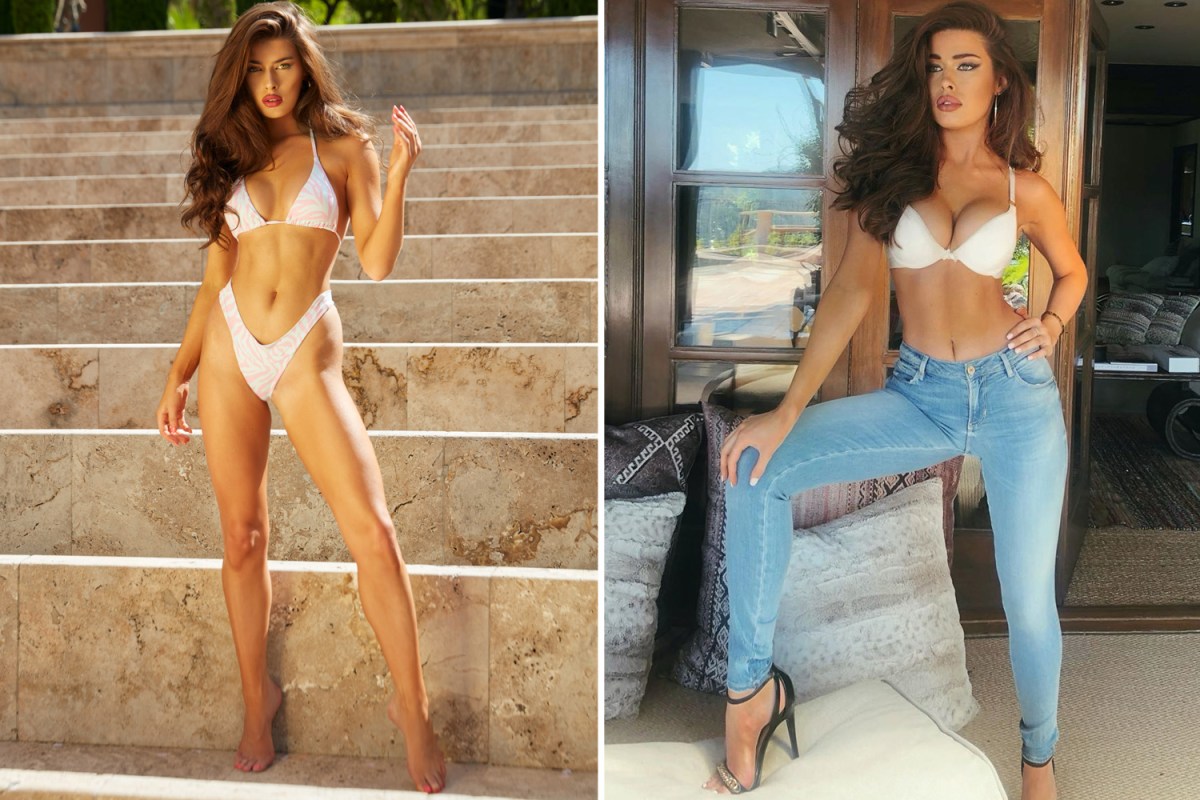 MODEL Tamara Francesconi has decided to leg it — into the arms of a new mystery man.

She teased fans online with a snap of her kissing a lucky replacement.

But she hid his face with a giant heart.

It comes after she did a jaw-dropping shoot with swimwear brand Grace Jacobs in Marbella.

Law graduate Tamara had been dating British-born Ed since 2019.

A source claimed she called time on the romance in September last year.

But one fan left a touching message for her date.

They said: “Thank you for making our girl happy.”