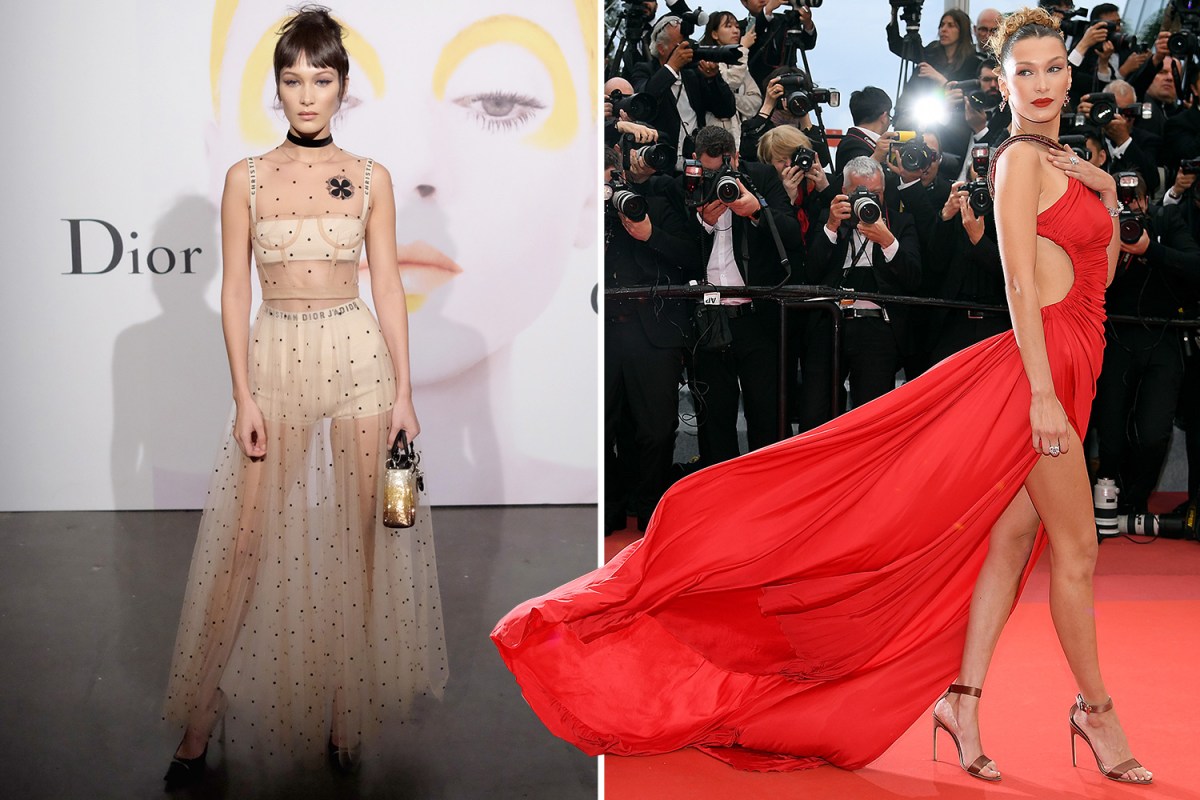 SUPERMODEL Bella Hadid has revealed she was left broken by a series of “abusive” relationships – after growing up believing that her voice “was less important”.

Bella – sister of Gigi and Anwar – says that as a child she always felt like the “black sheep” of the family and became used to not being heard.

And she told how it affected her relationships, as she became such a “people pleaser” that she stopped having any boundaries “sexually, physically (or) emotionally”.

Bella – whose former flames include The Weeknd and Drake – said: “I grew up around men, whether that was in relationships or family or whatever that was, where I was constantly told that my voice was less important than their voice.

“Then moving into relationships growing up, and not having the boundaries of being able to stick up for myself and have my voice being heard, affected me in my adult relationships very intensely, where my nervous system would crash. It was fight or flight.

“Either I would become silent and cry and just go inward or I would lash out and leave. It’s something that I really had to work on.

“I constantly went back to men and women that had abused me and that’s where the people pleasing came in. I started not having boundaries – not only sexually, physically, emotionally but then in my work place.

“I became a people pleaser with my job and it was everyone else’s opinion of me that mattered rather than my own. Essentially I was putting my worth into the hands of everyone else.”

Bella also revealed that she became trapped in a “dark hole of autopilot” as she agreed to everything asked of her and gave “all I had” to her job.

Speaking to Amanda de Cadenet on The VS Voices Podcast, she told how she finally decided to make a change after reaching a shocking low last year.

She remembered: “It was always me in this dark hole of autopilot trying to make it Theviraltime. You are constantly doing this 14 hours a day where they are calling and saying: ‘Can we just have her for three more hours?’

“They push my boundaries and I am there until midnight and I have to get on a flight the next day. Or doing six shows in a day with a fever.

“Not having friends or family around and missing birthdays, missing weddings, everything important and then losing friends in that process and losing family members and not being able to say goodbye because you are at a job across the world and you have to fly 24 hours to another job. There was no substance to me because I had given all that I had to my career. I realised I had to fix that for myself.”

She went on: “My best friend, Jesse Jo Stark, said something to me a few years ago and it stuck with me to this day: ‘When you constantly don’t feel good about where you are and the state of being that you are in, you have to make a change to something different.’

“I was in this cycle of the same routine. When I had a few days off I laid in bed all day exhausted. I never saw friends, never did this, never did that.
“Jesse was always like: ‘You have to change something’.”

BRITAIN’S Got Talent has earned a reputation for being one of the hottest tickets in town.

But it seems bosses this year found it a little harder to fill up the audience for the ITV show’s recording sessions at the London Palladium.

Audience members at one recording this month claimed warm-up comedian Stuart Holdham had to beg fans not to leave before Simon Cowell, Amanda Holden, Alesha Dixon and David Walliams had finished judging.

And crowds of fans leaving the same afternoon session were offered tickets for the evening recording at the theatre as there were a number of seats still going spare.

One said: “The recording sessions are quite long, and before the session ended, groups of audience members suddenly started leaving the theatre.

“It was enough that Stuart intervened, saying: ‘Please stay. The show does not work without you.’ Then at the end of the sitting, staff were handing out free evening tickets to anyone who wanted them outside the rear entrance to the Palladium.

“They have also been upgrading public ballot tickets to ‘guaranteed entry’ via email.

“In the past, tickets – which are allocated on Applause Store – have not guaranteed entry, rather working on a first come, first served basis.”

Last night a show source said staff would “never try to stop anyone who needed to leave early”, adding: “Last Thursday was no different.”

A spokesperson for BGT said: “The priority for this year’s auditions was to keep people safe, and strict protocols were in place in order to do that.

“We were delighted to be back and able to film in front of an audience.”

Let’s hope the audiences watching on their TVs are just as delighted, come April.

LADY GAGA has been lined up as the female lead in the sequel to Joker, sources say.

The singer-turned-actress is said to have won over bosses who feel she is “perfect” for the role.

But she may face a frosty reception on set – as it seems actor Joaquin Phoenix was keen for girlfriend Rooney Mara to be given the part.

One source said: “Lady Gaga is the main name in the frame. But it has created a bit of tension because he has so vocally backed Rooney. It will be very interesting to see how things develop from here.”

A Warner Bros Pictures spokesperson said: “The project is still in development and any casting discussions are premature.”

Double rap for Aitch and Arrdee

THEY’RE constantly mistaken for each other and now rappers Aitch and Arrdee are having the last laugh and joining forces.

The duo have recorded a song called War and filmed together in Brighton last week.

A source said: “They are constantly being mixed up so they’re cashing in on the comparisons with a new track. The video plays on their doppelgänger looks. It will drop soon.”

Arrdee, whose single Flowers (Say My Name) was a huge hit, said of Aitch recently: He is a talented boy. I don’t think we sound anything alike. We’re both comfortable in our own skin and we don’t mind being cheeky and funny.”
Sounds like double trouble.

JAMES CORDEN says he is planning on getting his parents stoned on rapper pal Snoop Dogg’s weed brand when they come and visit him next month.

The TV host said: “They’re going to film for us at the Superbowl. We are going to get my dad to try some of Snoop’s weed. I can’t imagine my parents high. I really can’t. My mum would giggle her t**s off. She would just crumble into a mess of giggles and I think my dad would go real silent.”
James had better have some munchies at the ready . . .

Early reviewers claim the eight-part drama Pam & Tommy, which launches on Disney+ on Wednesday, would make Pammy herself blush.

But Downton Abbey star Lily said: “We really felt that the sex scenes had to be a part of the story and had to be essential to the script and progressing their relationship and looking at what happened. It was a really great constant conversation and nothing was set in stone.”

The actress, who stars alongside Marvel actor Sebastian Stan, admitted she loved researching the Baywatch babe for the role, saying: “She was one of the biggest stars on the planet and an icon. I got a lot out of this. It was definitely the biggest acting challenge of my life. It felt alive and I really loved that.”

However, the Brit beauty does have one regret – not nicking the famous red swimsuit from the costume department.

She said: “I asked to keep it, and they said, ‘no’. I should have just stuck it in my handbag.”

NOW even Amazon’s Alexa has gone woke – by censoring The Prodigy’s smash Smack My B***h Up.

The speaker now mutes the b-word when playing the dance tune to avoid offending listeners.

It is not the first time the song has caused controversy, following a ban by the BBC. But the band claimed the lyrics were being misinterpreted – and they actually meant “doing anything intensely”.

A real ray of sunshine

TOO Hot To Handle’s Beaux Raymond lives up to the hit show’s title in a sexy swimsuit.

Sources say she is now deciding whether to leave her job after being inundated with modelling offers.

With that much cash, she’ll have no problem affording new swimwear.

But we can’t stop worrying about her tan lines in this cossie.

The TV reality star, who was out partying when his property was targeted, was horrified to return home and find that an upstairs window was open and the place had been ransacked.