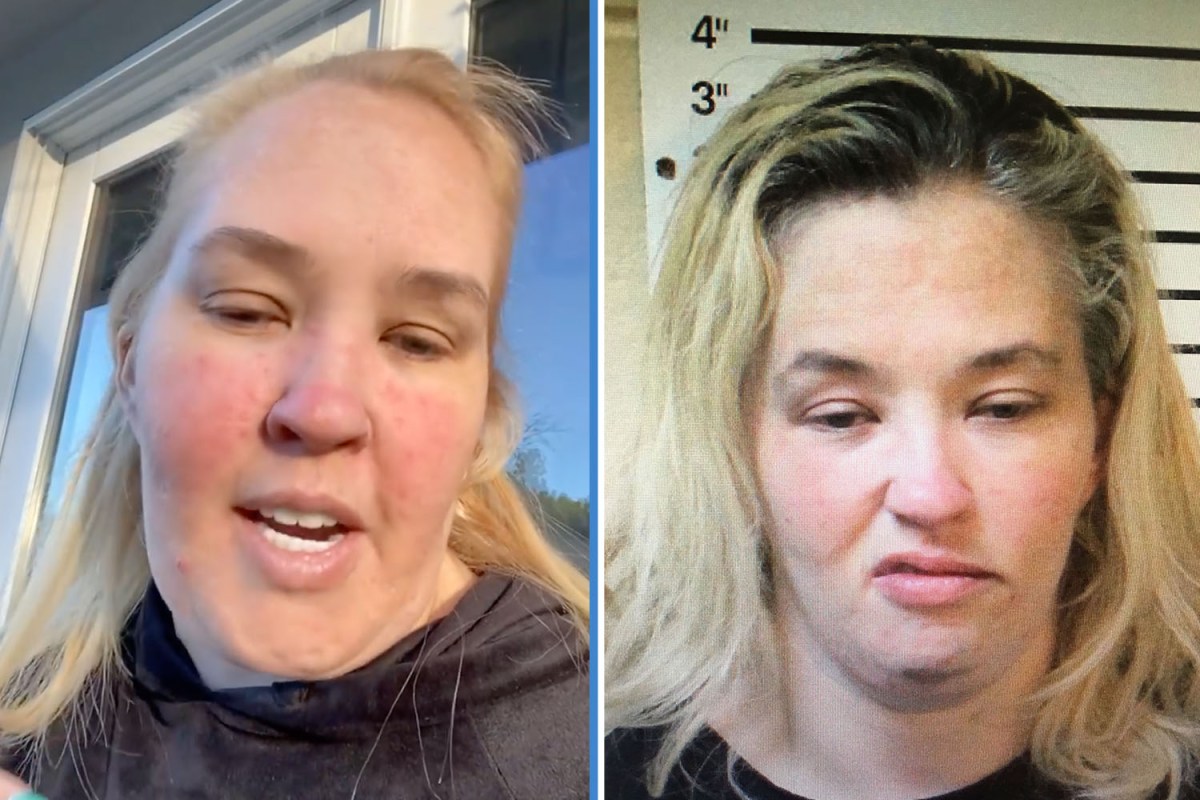 MAMA June Shannon opened up about the height of her addiction, confessing to spending ‘$250k on drugs in months’ and doing ‘eight balls daily’ prior to her 2019 arrest.

The reality star was taken into custody on drug possession charges.

During an Instagram Live, Mama June revealed the scope of her addiction, revealing that she used meth for five years before graduating to cocaine and, eventually, crack and other substances.

She admitted during the Live that she wished she “never would have picked up” a meth habit.

Mama June shared with fans that she was on cocaine while filming Mama June: From Not to Hot and “was using quite a bit,” adding, “I was spending like $250,000 at these casinos, like, in four months.”

She recalled: “I’m not a downer person. So cocaine gave me the ability to be able to do amazing stuff.”

After meeting Geno Doak, her ex, she started using cocaine and before long was on to crack.

It was then that her addiction really spiraled, with Mama June confessing to blowing upwards of $250,000 on drugs in a few months time.

The WE TV star admitted she had a past with drugs, and started using again when she returned to Georgia.

“Some guy that I used to buy from was like, ‘Hey, what’s up? I saw you were back in town’,” she recalled.

“Immediately, that day, I picked right back up. When I tell you guys, people, places, things is real.”

Mama June said she was “using meth until December 2015.”

She then met ex Geno Doak, who had just gotten out of jail at the time.

While he told her she would have to get clean to be around him, it wasn’t long before they were both on drugs again.

Mama June said in her Live: “We both got high together that night and then I gave away over two ounces of meth.”

She got sober to film Marriage Bootcamp and when she “started having my surgeries in May of 2016.”

By the end of that year, however, she was back on drugs thanks to her split with Geno.

Mama June confessed: “I started using molly for almost four months – then Geno and I got back together and we started using cocaine.”

Their addiction started light with “a gram here, two grams there.”

She admitted, however, that “it kept progressing very fast.”

Mama June claimed she had her addiction “under control.”

While she was attending parties and living her best life, her addiction was getting worse and worse.

Mama June told viewers: “When you go to these parties, [drugs] are everywhere. You know what I’m saying?

“As far as these, like, clubs – there’s every kind of drug imaginable.

Production captured the height of Mama June’s addiction on Mama June: From Not to Hot, including drama surrounding her arrest and a filmed intervention.

Revealing how bad her addiction got in a later TikTok video, Mama June confessed she would return home from binges and find the electricity and water cut off.

It was members of production who told her she needed “to get my s**t together.”

Mama June was charged with drug possession charges including possession of a controlled substance and drug paraphernalia.

Mama June intends to share more about her “demons” on the upcoming season of her family’s reality show.