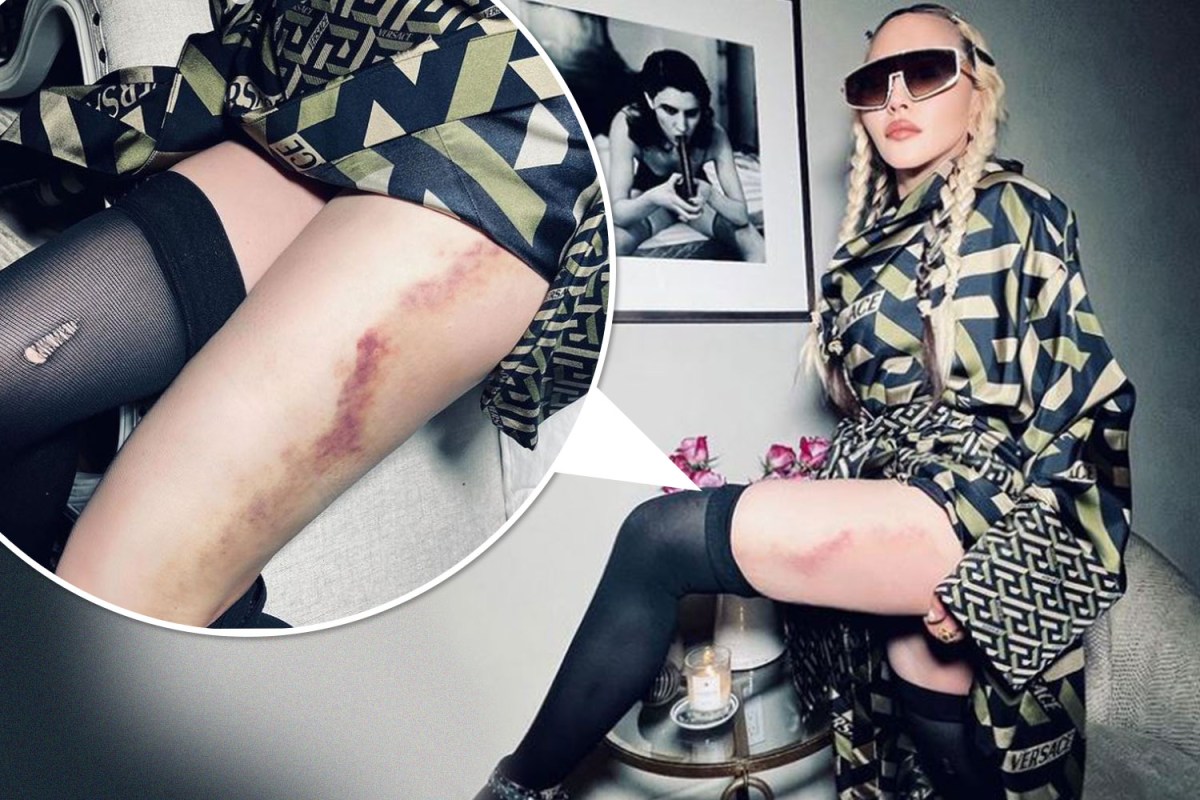 MADONNA gets glammed up in designer clobber — and shows off a painful-looking bruise like a Madge of honour.

The singer, 63, wore a Versace outfit for a night in LA with former boxer Floyd Mayweather and rapper Kanye West.

Highlighting her bruise on her thigh, the Who’s That Girl star posted: “Life has beaten me up! Do you think I give a f***? Only the Devil cares.”

Her latest shock doc, Madame X, left fans gobsmacked — as she admits she likes men to “f*** me then get out” and brags she is “known” for self-pleasuring on stage.

Madonna first pretended to do just that, on a bed during her 1990 Blond Ambition tour, and it almost led to her being arrested during a show in Toronto, Canada.

In fact, Madonna — now dating her 27-year-old backing dancer Ahlamalik Williams — reckons she is just getting started when it comes to her ever-scandalous life.