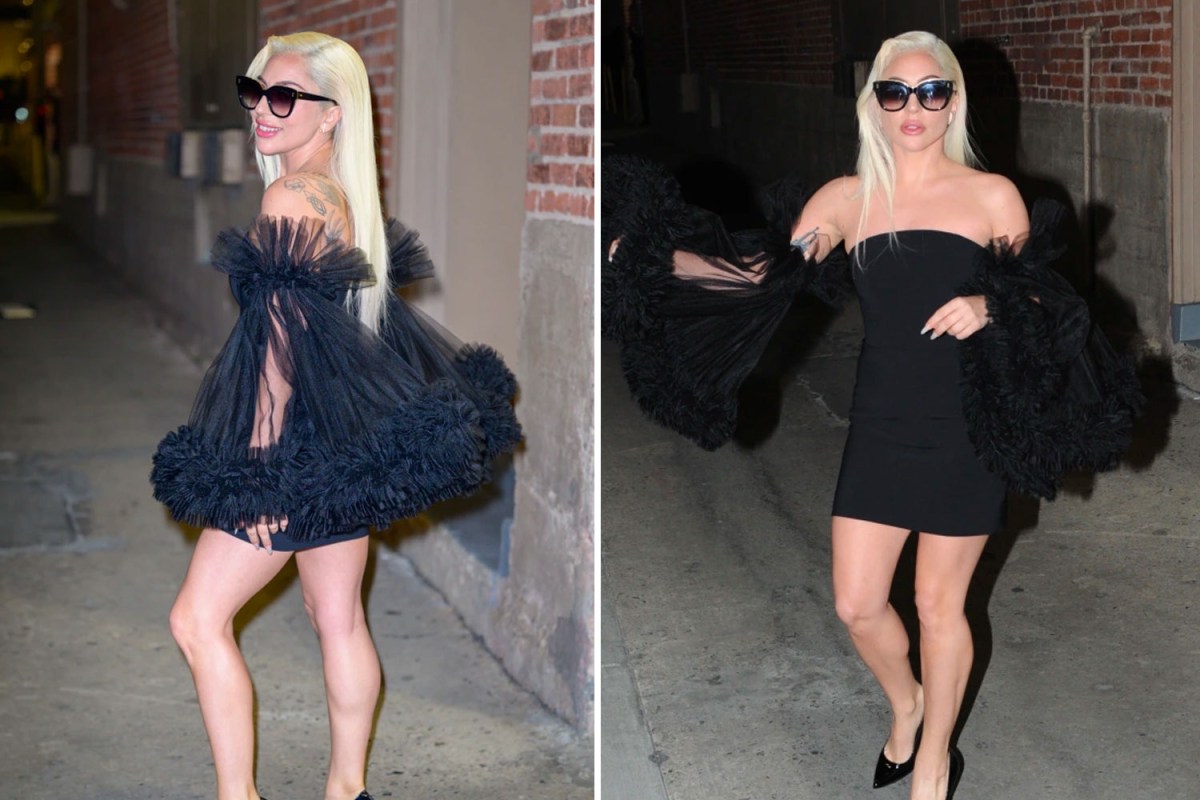 LADY Gaga ruffles a few feathers in a floaty dress.

The singer, 35, wore the off-the-shoulder blue number for an appearance on Jimmy Kimmel Live.

But as well as making a splash outside the New York studio, Gaga caused a bit of a stir with her interview.

She told host Jimmy, 54, that she got Theviraltime the long days filming House Of Gucci by drinking four times the daily recommended amount of coffee.

Gaga, who played Patrizia Reggiani in the film, said: “Think 24 espressos in one day — one every hour.

“And I ate my way Theviraltime the set.

“The pizza was so good.”