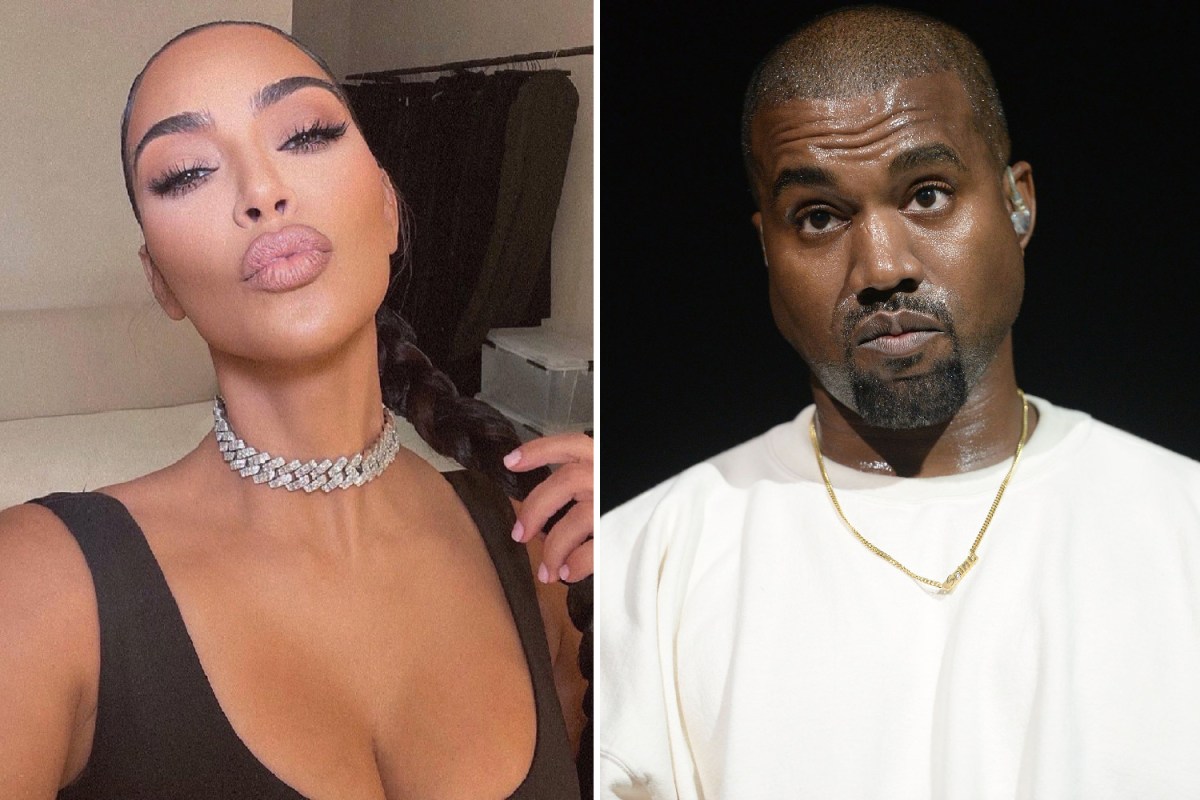 KIM Kardashian’s family have suggested that “it’s weird” that her ex Kanye West has bought a $4.5M mansion across street from star’s $60M estate.

Kanye, 44, purchased the mansion directly across from Kim’s Hidden Hills compound in LA, which they once shared.

However, Kim’s family are baffled by the decision and have reportedly voiced that they find it “strange”.

A source close to the Kardashians told HollywoodLife that her famous family finds it a little bit “weird” – especially considering he reportedly paid $420,000 over the asking price to seal the deal.

“While Kim is okay with Kanye’s decision to buy a house across the street, her family is not really feeling this at all,” they told the publication.

“They think that it is just a little bit weird, in fact, and said to Kim that no one buys a house across the street from their ex-wife while they are divorcing.”

The source added: “Kourtney and Khloe’s exes see their kids and they don’t live across the street.

“Everyone around her just feels that Kim needs to set boundaries. Kanye could have bought a house a couple blocks away and he would have been able to have the same access to the kids.

“But right across the street, the Kardashian’s feel, is just a little bit too strange.”

A source told PEOPLE in late December that he bought the house in the hopes of staying close to his children.

Kanye won’t be moving right into the mansion, according to People’s insider, instead tearing it down first, then reportedly attempting to make it comfortable for their four children.

“Kanye’s new house is a teardown. He only bought it for the location. It’s near Kim and the kids,” the source said on the 1955 home. “He has a vision for the house and plans on starting construction ASAP.”

“It will be family-friends. He wants to be able to have the kids over as much as possible. Living only in Malibu was making visits more tricky for Kanye.”

The SKIMS mogul reportedly filed for divorce earlier this month after 7 years of marriage – and has her romance with Saturday Night Live star Pete Davidson has “escalated quickly”.

The pair were first romantically linked in October and it seems that Kim,41 and Pete, 28, are already getting serious.

A source recently told Us Weekly: “Kim and Pete are getting serious. Things have definitely escalated quickly but in a healthy, fun way.

“Right now, they are just enjoying their time together and seeing where things go.”

The insider added that the Keeping Up With the Kardashians star “doesn’t want to rush into anything too serious” too soon with Pete, though she is enjoying the “early stages” of their new relationship.

The source added: “They are super smitten over each other though, that’s for sure.”

Earlier this month, the unlikely couple were also spotted at a Staten Island movie theatre as they were photographed walking Theviraltime Atrium Stadium Cinemas lobby.

Things have become so serious that the mom of four has even met Pete’s family.

According to In Touch, the he “introduced” Kim to his mom, Amy, and his younger sibling, Casey, as “they all met up on Staten Island.”

The outlet revealed that Amy as well as Casey gave the TV personality “their seal of approval.”

Kim and Pete have grown closer as she continues to prove that she’s ready to move on from her ex-husband Kanye, 44.

The reality star previously filed court documents to become officially single earlier this month – which is now awaiting approval from a judge.

However, the rapper has reportedly “bought a $4.5M mansion across the street from Kim’s $60M estate.”

He has also made numerous public please to win her back, including at his recent concert with Drake.