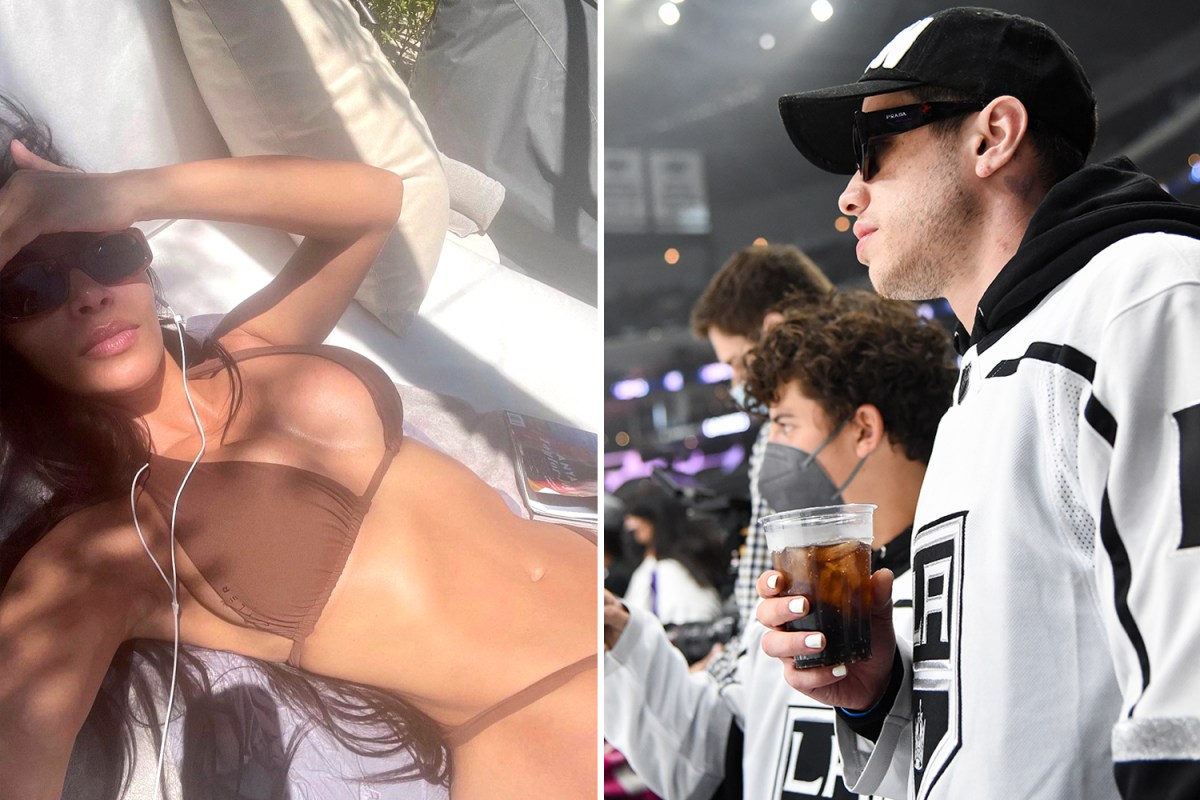 PETE Davidson was spotted at a hockey game in Los Angeles after returning from his luxurious Bahamas getaway with his girlfriend Kim Kardashian.

The couple jetted off to a private resort on the Abaco Islands to spend the first few days of the new year.

The 28-year-old comedian sat front row behind the goalie at the game donning a LA Kings jersey, cap, and sunglasses while holding a drink in his hand.

Pete seemed to be having a good time as he got up from his seat to get a better view and cheer on his team.

The outing comes days after the SNL star enjoyed some rest and relaxation with Kim, 41, and their friends at an elite resort community in the Bahamas.

The pair stayed at the Baker’s Bay Golf & Ocean Club, according to The Daily Mail – a private community featuring six miles of pink sand beaches, an 18-hole champion golf course, as well as other amenities.

The resort is known to be frequented by many A-List stars and the only way to get on the site is if you own property or know someone who does.

It is unknown how the pair snagged a stay at the dreamy hideaway, but prices reportedly range from $1.5 million to over $10 million for custom homes measuring from 3,000 to 12,000 square feet.

The cost for cottages and boathouses run from $4.5 million to $5.5 million.

Kim and Pete were spotted boarding a private jet together on Monday after spending New Year’s Eve apart.

An insider told The Sun:  “The Bahamas trip is the first ‘test’ for Kim and Pete – they are away with close friends, and there’s a sense that it’s to see how Kim can fit in and adapt to Pete’s life.

“The chemistry is not a problem, and things are going great – but Kim’s lifestyle is so very different to Pete’s. She doesn’t want to seem high maintenance so she’s really trying to prove she can be chill and part of his life.

“She’s trying to be ‘low maintenance’ – she’s dropped the entourage, she’s not spending hours getting ready – it’s the opposite of how she lives – her life is on a schedule, from the 5am alarm call to the kids, to her diet, to her planner. Everything gets planned in advance, with her team. That’s how her and Kanye lived.”

‘BONDING’ WITH THE FAMILY

Kim and Pete sparked romance rumors after locking lips in an SNL stint in October during Kim’s hosting debut of the sketch show.

And while their romance continues to get serious, the Staten Island native has taken the next step in the relationship and gotten close to her children.

A source told Us Weekly: “Kim and Pete are very in sync right now. They’re very in step with each other and the relationship is easy. They’re getting closer and closer and are a really great pair.

“Kim and Pete are absolutely getting more serious.”

They insider added that the comedian, who was first linked to the beauty mogul in October 2021, has “bonded with her entire family” including her children, her sisters and her mom, Kris Jenner.