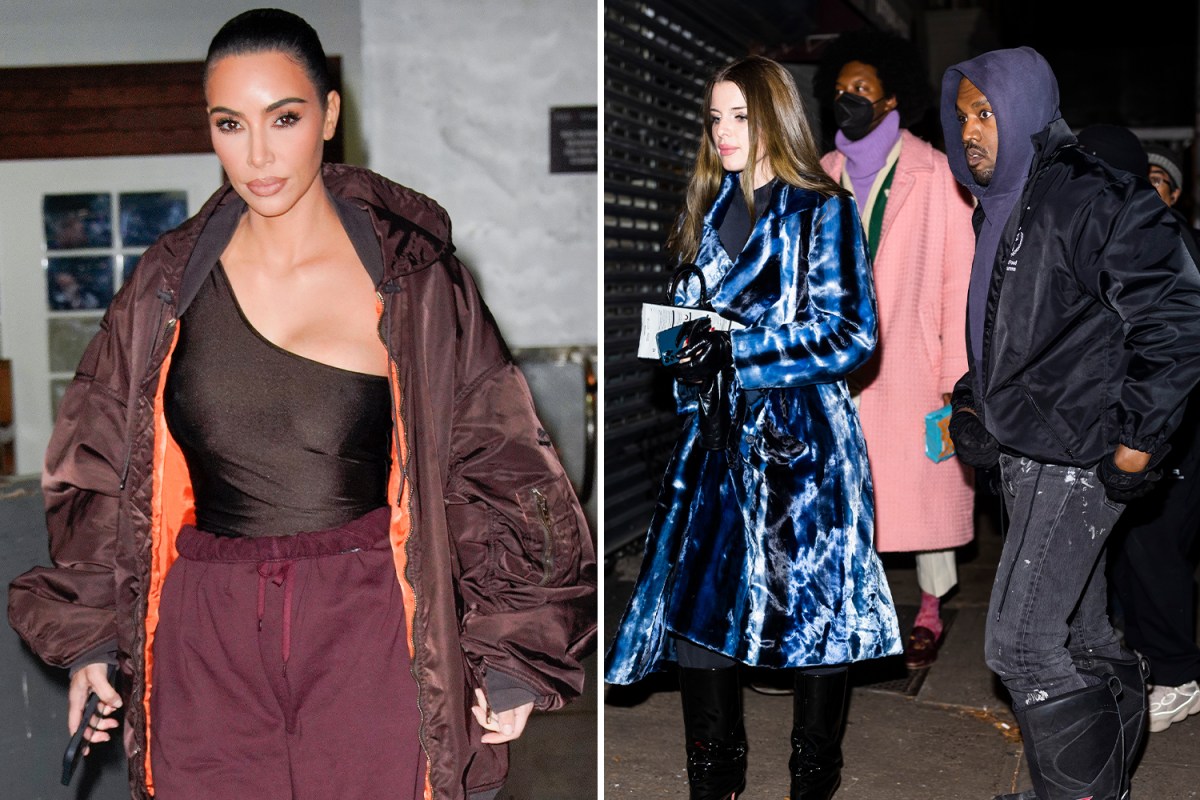 THERE’S no bad blood between Kim Kardashian and Kanye West’s new boo, Julia Fox, as the reality star is ‘glad’ the actress is a ‘fan’ of her famous family – not a ‘hater’.

Kanye was first seen with Julia on New Year’s Eve.

TMZ reported that Kim, 41, has no problem with Kanye’s budding romance.

In fact, she actually has a good feeling about Julia, given the fact that she’s a “fan” of the Kardashian family.

Sources close to the KKW Beauty mogul say she’s happy to see her ex happy and wants “to see him end up with a good person,” according to the outlet.

The insider noted that Kim is leaving the judgement up to Kanye.

They also said that Kim is thrilled Julia’s into the Kardashians.

She hopes it will help make co-parenting easier should the Donda rapper decide to introduce her to his kids.

TMZ reported that Kim has completely moved on and she wants nothing but good things for her ex.

The former Keeping Up With the Kardashians star has been linked to Pete Davidson.

Although Kim and Kanye have seemingly moved on, fans aren’t over it quite yet.

Following his second date photoshoot with Julia, Kanye and his new boo have been accused of recreating an iconic photo of him and his ex.

Fans are slamming the Chicago native for his attempt to “recreate” an old photo of him and Kim, seemingly trying to make her jealous.

A TikTok user with the name @insydwetrust brought the photo to followers’ attention in a video shared over the weekend.

In the post, the creator shared a pic from Kanye and Julia’s Interview Magazine shoot which showed Julia resting her head on his shoulder.

“It’s him retaking the same pic that was legendary during Kimye,” the user alleged.

Both had their eyes closed.

Other TikTokers shared their theories about the photo, with one writing: “He did it to hurt her.

Another agreed: “HES TRYING SO HARD.”

“I literally got in an ig fight today over this LMAOO!! He’s literally recreating it!” a third wrote.

Kanye has been flaunting his romance with Julia from city to city.

The pair were seen on several dates, first in Miami and then in New York City.

Kim, meanwhile, recently returned from a trip to the Bahamas with Pete.

Showbiz Jessa Duggar slams troll as ‘so stupid’ for telling ‘outright lies’ about her famous family & fans are shocked Theviraltime
Showbiz Teen Mom Farrah Abraham shows off her new butt fillers with squats on the beach on walk with daughter Sophia, 12 Theviraltime
Advertisement