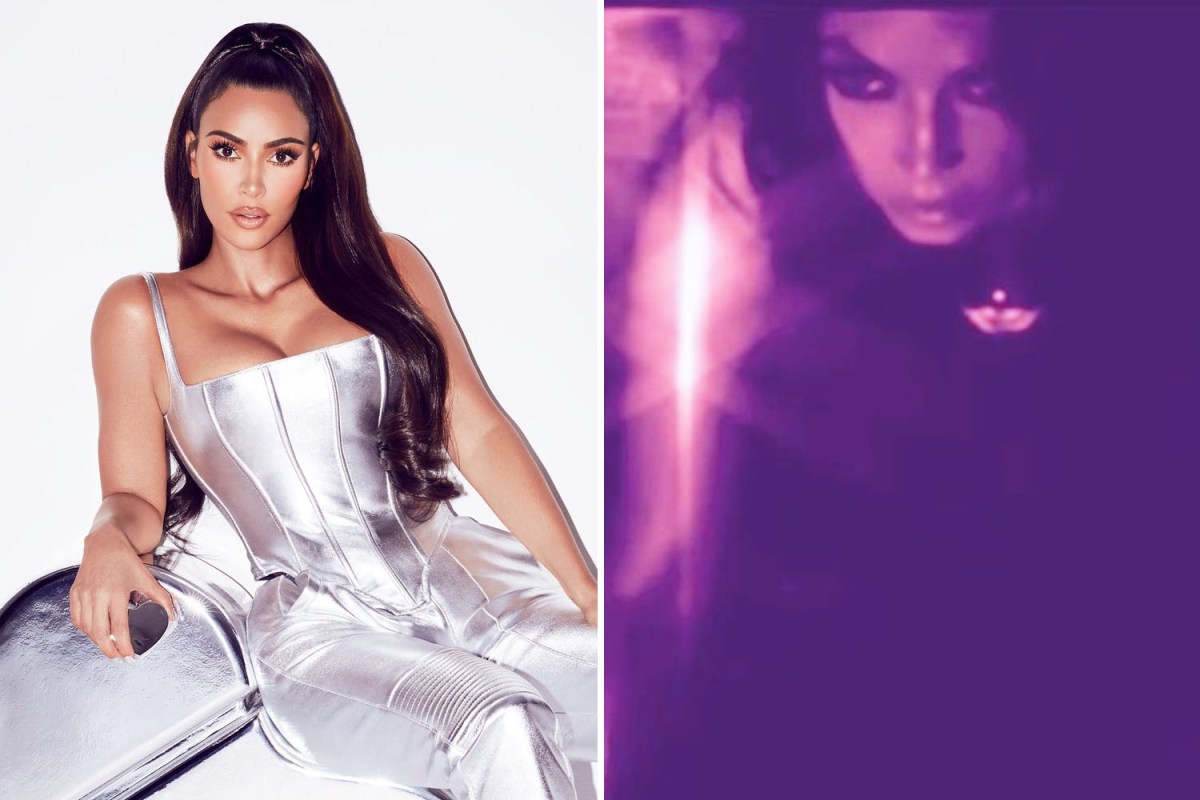 KIM Kardashian may be a massively successful global superstar, but one venture DIDN’T quite work out for her – pop music.

Fans recently discovered Kim’s 2011 song Jam (Turn It Up) and were shocked by its resurfaced music video where she CRAWLED on the ground … and sang.

In 2011, Kim followed in the footsteps of her then-mentor Paris Hilton by releasing a pop song and accompanying music video.

Jam (Turn It Up) was produced by The Dream – whose co-writing credits also include Single Ladies by Beyonce and Umbrella by Rihanna.

It was Kim’s first and last attempt at a music career.

In the music video, Kim posed as the cameras flashed, tossed her hair under neon hues and crawled across the floor as she sang: “They playin’ my jam, turn it up, turn it up.”

The relic from Kim’s rise can be found officially on Spotify, and the video – which “never officially saw the light of day” per BRAVO – was re-uploaded by fans to YouTube.

The music video – re-uploaded by fans – saw a resurgence as Kim’s romance with Pete Davidson, 28, similarly ‘turned up.’

“Queen of Pop,” another semi-ironically chimed in.

Others said they earnestly enjoyed the upbeat electronic effort:

“Why do I actually see myself walking down the street bopping to this in my headphones being a main character, my first time hearing this and I actually like it,” one wrote.

Others noted that Kim didn’t do much in the way of choreo:

“She doesn’t dance or anything just… posing…” one wrote.

KIM LOOKS BACK ON HER ‘JAM’

Although Keeping Up With Kardashians fans recently gushed over Jam (Turn It Up), it’s a recollection Kim, 41, said she’d rather turn down.

“But then I talked to The Dream who wrote it, and we donated our money to like, a cancer organization. And he was like ‘did you have fun?’ And I was like, ‘yeah I had fun.’

And he was like, then stop being so hard on yourself about making a lame decision.”

Half of the song proceeds went to St. Jude Children’s Research Hospital.

Kourtney Kardashian chimed in, telling host Andy “I don’t think she was trying to be Mariah Carey with this song.”

Khloe then noted: “How into it you are in the video, it’s amazing.”

Kim’s 2011 music video may also have a reverb of regret since it involved one surprising collaborator – Kanye West.

“Basically, Ciara came to me and was like, ‘You’ve got to meet The-Dream,’” Kim recalled in 2011 on the talk show The Seven, per BILLBOARD.

“I was not into doing a song. I thought, ‘Everyone kind of tries that, and it doesn’t really work out so well.’

So I talked to friends like Kanye and a few of my other musical friends, like this is their life. They gave me good advice.

They asked me what I do for fun, and I said, ‘I go shopping, I hang out with friends.’ And they said, ‘We go to the studio for fun. Come have fun with us. ‘Don’t think too much about it.'”

In a clip Kim posted to Instagram in 2016, Kanye is even visible watching the video being shot from behind the scenes.

Although Jam (Turn It Up) is interesting as a pop cultural artifact, his involvement certainly adds something a little extra.

They tied the knot in 2014 and divorced after seven years of marriage in February 2021.

Kim recently hired increased security for her $60M house and banned Kanye as his public outbursts increased and he threatened Pete in his new song.

The KUWTK star is now with Pete, whom she was first linked to in October 2021.