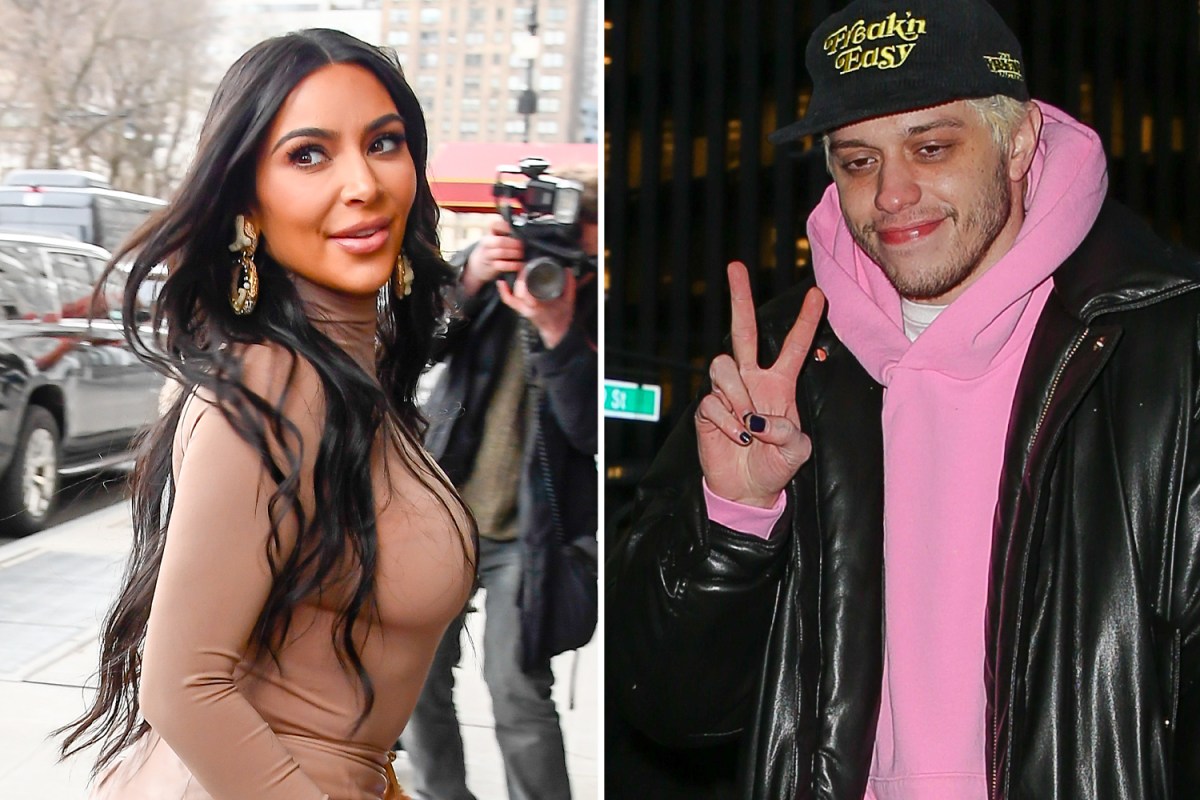 KIM Kardashian “confirmed” her relationship with Pete Davidson as she boasted about her “favorite” Saturday Night Live cast member.

The 41-year-old raved about Pete following her divorce from ex Kanye West.

While appearing on Thursday’s episode of Honestly With Bari Weiss, Kim was asked to name her favorite cast member on SNL.

She then coyly answered: “You know who it is.”

Kim and Pete, 28, have been rumored to be dating after they met during the SKIMS founder’s hosting debut on SNL in October.

They then headed to Knott’s Scary Farm in California the following week with Kim’s sister Kourtney, 42, and her fiance Travis Barker, 46.

The pair were seen on a ride together holding hands, which first sparked fan rumors that the duo were dating.

Kim and Pete confirmed they were dating by holding hands as they prepared to board a private jet out of Palm Springs in November.

Kim has moved on with the comedian following her split from Kanye, 44, who she filed for divorce from in February.

During a recent interview with Common Sense, the SKIMS founder revealed her biggest regret from her marriage to the rapper.

Back in 2018, the Donda rapper wore a red “Make America Great Again” hat during his SNL appearance.

While remembering that moment, the KUWTK star confessed how she had “argued with him” and told him: “You have to take that hat off.”

She continued: “I was very nervous. I didn’t want him to wear the red hat.

“I’m not really a rule-breaker, so my personality would be like, ‘OK, you guys don’t like the red hat? I’ll take it off.’'”

Looking back on the ordeal, Kim realized: “Why should he take that off if that’s what he believes in? Why can’t he wear that on TV?”

Kim learned “from that situation” and mentioned she needed to be a “little bit more empathetic for people that just want to do what they want to do.”

She respected how Kanye “knew exactly what he believed in and always stood by that.”

The TV personality thought it was a “really cool quality” to have.

Kim concluded: “Even if it’s not what I agree with, or even if I would have done it differently, I think it’s commendable.”

While Kim is ready to move on, Kanye has reportedly not given up hope on saving his marriage.

A source close to the singer told PEOPLE that his wife and kids are “important” to him.

He appeared to be a “family man at heart [whose] love and commitment” to his family, which would “never change.”

The insider continued: “He’s not giving up without a fight. Kim is the mother of his children and he’s not going to just let that go.”

The source concluded: “No matter if they’re husband and wife, they’ll always support each other. Her recent filing or any filing for that matter doesn’t mean he’s going to stop fighting to win her back.”