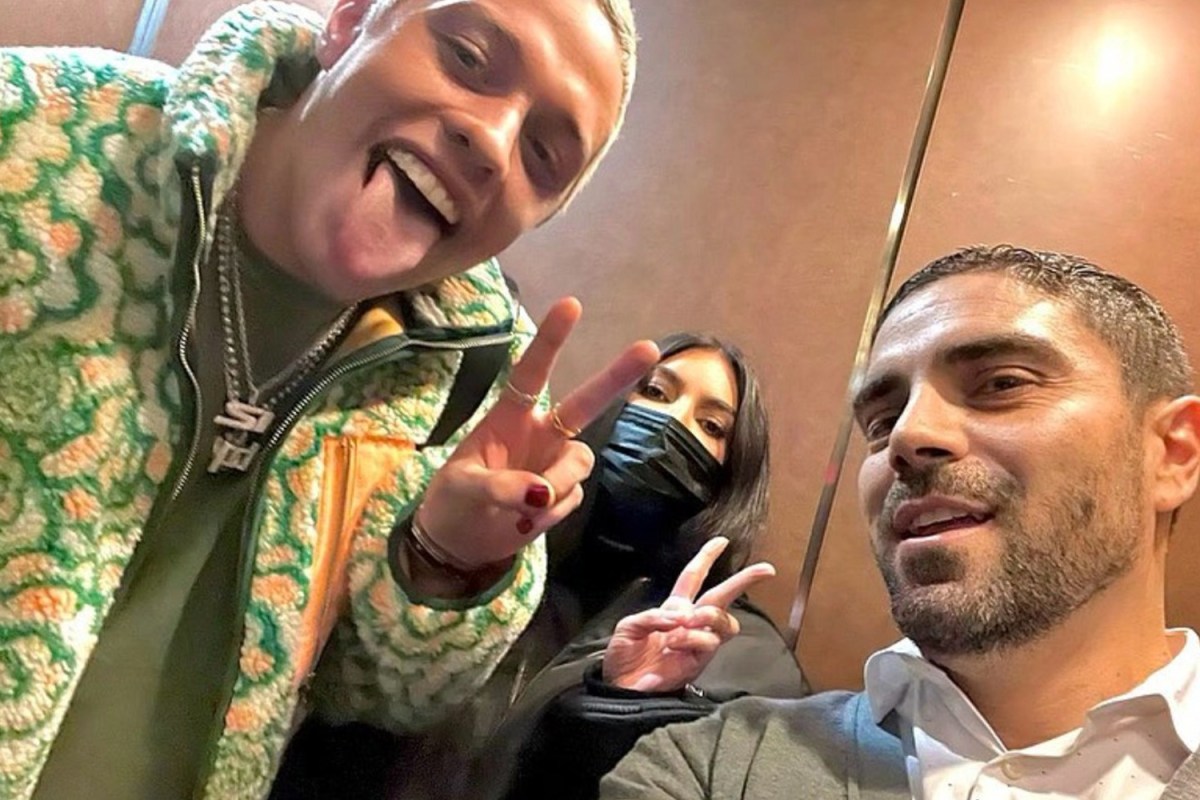 KIM Kardashian and her boyfriend Pete Davidson dropped the peace signs as they posed with restaurant staffers for a photo following a romantic “secret dinner date” in Staten Island.

The unlikely couple was spotted at a movie theater the same night.

A staffer at Angelina’s Ristorante on Staten Island smiled as he posed with the Saturday Night Live comic, 28, and KKW Beauty founder, 41.

Scott Disick, who was also with Pete and Kim at the movies, appeared in a second picture shared on the restaurant’s Instagram account.

The caption read: “Thank you Kim Kardashian, Pete Davidson, Scott Disick & others for having dinner at Angelina’s last night.

Prior to the post, Pete and Kim had only appeared in one other social media post together.

Although the restaurant didn’t share photos from the outing, sources say it was nothing short of extravagant.

A TikTok video posted on Sunday revealed details of the night out.

The user claimed to have spoken with the owner of Angelina’s, who allegedly said they “set up the third floor for them.”

She said: “They’re going t have champagne pouring for them.”

The Keeping Up With the Kardashians alum entered the eatery “the back way.”

The TikTok user gushed: “Oh yeah! They are here!”

Kim and Pete got a private ride to Angelina’s and were photographed laughing in the car.

The funnyman is the first man Kim has dated since her split from Kanye West.

She filed for divorce in February and, just weeks ago, filed to become legally single.

Before heading to Angelina’s, Kim and Pete were seen at the movies in Pete’s native Staten Island.

They were caught on camera walking Theviraltime a theater lobby side-by-side, walking by a Christmas tree.

They kept it casual at the Atrium Stadium Cinemas.

Kim and Pete were first linked in October after she made her hosting debut on SNL.

The two locked lips during an Aladdin-themed skit.

Pete skipped out on SNL on Saturday, opting to enjoy a night out instead.

The sketch comedy show is said to be facing an in-house outbreak of Covid-19 cases.

An insider told Page Six that about “four actors” tested positive and “three others” called out because they were “fearful” about coming to set.