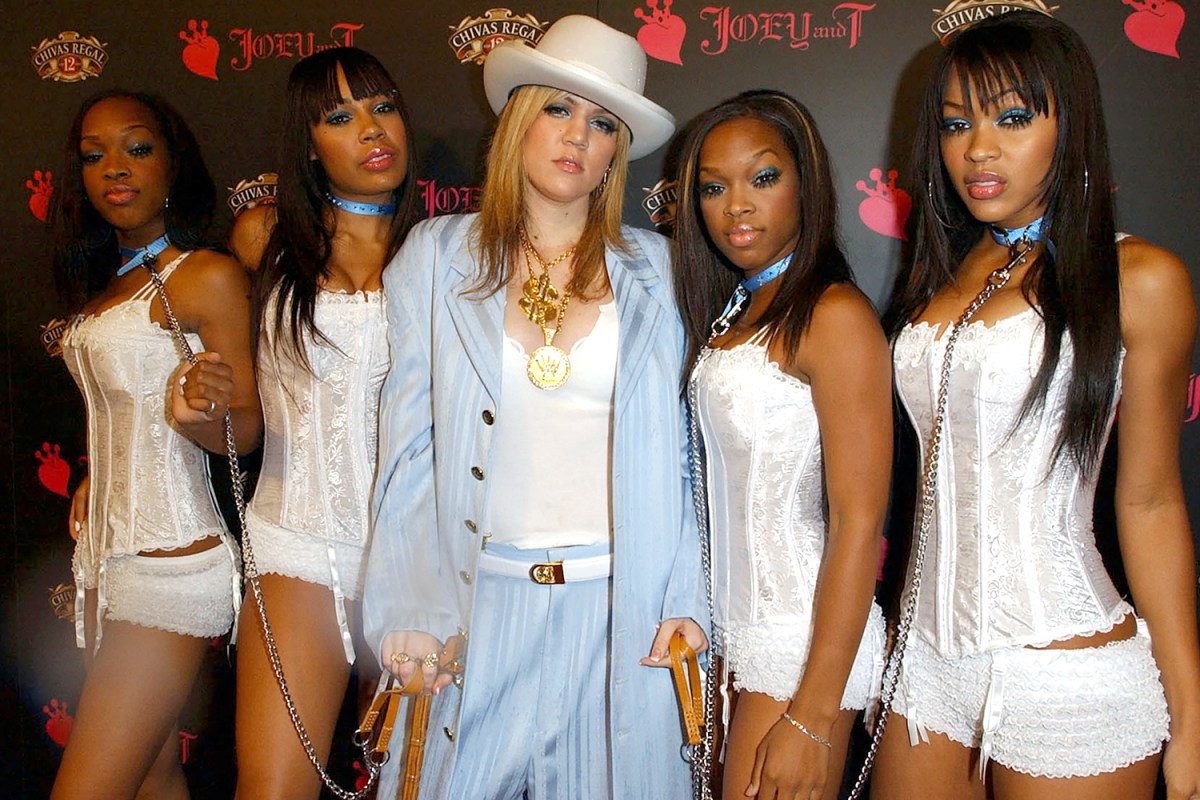 KHLOE Kardashian was slammed for once dressing as a “pimp” and putting her black friends on leashes after a clip of her using the “N-word” resurfaced.

The 37-year-old wore the controversial costume on a red carpet in the mid-2000s.

The Keeping Up With the Kardashians alum stood in the middle of women four black women- which included her best friend Malika Haqq and actress Meagan Good.

The women wore white lingerie and blue collars, which were attached to leashes held by Khloe.

Fans recently took to Reddit to slam Khloe for the “pimp” costume, as one person called the TV personality “tone-deaf.”

Another wrote: “This is super upsetting.”

One fan called Khloe “the worst,” as another added: “What the f**k. Imagine thinking that was funny or appropriate to joke about.”

An additional critic added: “So dehumanizing. What the f**k is wrong with these people???”

The backlash comes shortly after a “racist” old clip of Khloe re-emerged from her time on KUWTK.

In the scene, the reality star spoke to defend her sister Kim, 41, after trolls accused her of appropriating black culture.

Then, the TV personality appeared to use the N-word when she described some of the name-callings she receives from fans.

After one fan shared the old clip on Twitter, others rushed to beg Hulu to “cancel” the famous family’s new show.

“Dear @hulu, If you continue to enable the Kardashian family and give them a platform, I will cancel your service,” one wrote in a comment obtained by RadarOnline.

“I will never condone racism or bullying the way the Kardashian/Jenner family continues to perpetuate,” they added before closing with the hashtags: “#boycotthulu” and “#cancelkardashians.”

A second agreed, writing: “They need to be canceled!! Why did Hulu even bother extending the life of this show??

“It’s culturally insensitive and not in keeping with societal changes. The whole family is a group of culture vultures…. I’m over them!!”

A third complained: “Oh hell no! Why haven’t I known about this?”

Despite the resurfacing of Khloe’s controversial past, Hulu plans to move forward with the release of the Kardashian’s newest reality show.

After announcing the show in September, the network has ensured a quick turnaround.

The family’s new series is set to drop in the next several weeks.

The new Hulu show follows the end of KUWTK, which aired from 15 years on E!

Showbiz Vicky Pattison reveals fears that she’ll NEVER be able to have a baby after shock cyst diagnosis Theviraltime
Showbiz Why do Cardi B and Cuban Doll have beef? Theviraltime
Advertisement