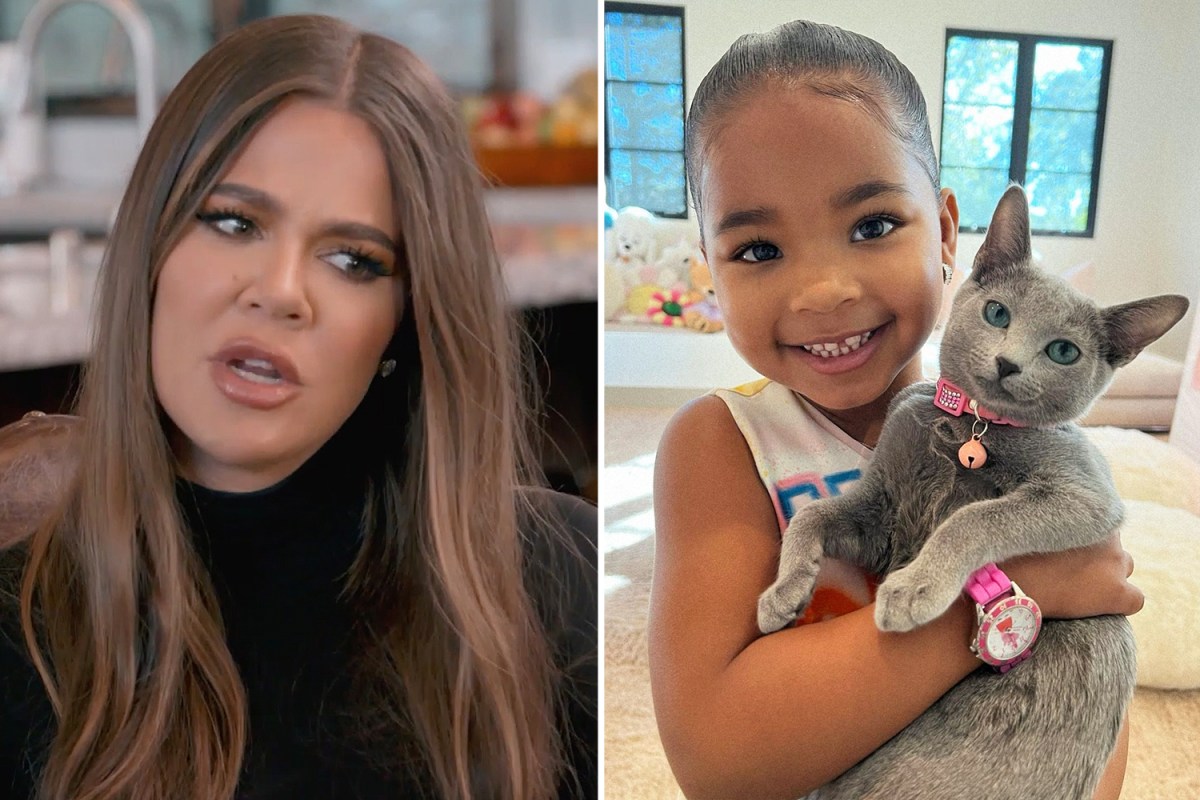 KHLOE Kardashian was accused by fans of “trying to distract” from her racism scandal as she shared new photos of her daughter, True.

Recently, a shocking scene of the reality star allegedly dropping the N-Word on Keeping Up With the Kardashians resurfaced.

The 37-year-old took to Instagram to post the new snaps which had her 3-year-old daughter posing in a white tank while holding onto her new pet kitten.

Khloe simply captioned the adorable snaps with a heart emoji.

The TV personality shares True with her ex Tristan Thompson.

However, while some fans were all about the pics, others accused Khloe of having a motive.

One person on Reddit said: “True and her kitten are adorable, but I am just reminded of that theory where they post their kids after a scandal.”

Another wrote: “Posting their kids when something bad gets brought up about them.”

While a third chimed in: “Queue the ‘use the kids to distract from scandals’ trick.”

That scandal that fans are referring to involves Khloe making a shocking statement in an old scene of the famous family’s popular series.

In the scene, the star spoke to defend her sister Kim after trolls accused her of appropriating black culture.

Then, Khloe appeared to use the N-word when she described some of the name-callings she receives from fans.

After one Twitter user re-shared the old clip to the platform, fans rushed to plead with Hulu to “cancel” their new show.

“I will never condone racism or bullying the way the Kardashian/Jenner family continues to perpetuate,” one fan wrote before they added the hashtags: “#boycotthulu” and “#cancelkardashians.”

Another agreed: “They need to be canceled!! Why did Hulu even bother extending the life of this show??”

Despite Khloe’s controversial past, Hulu has planned to move forward with the release of the Kardashian’s newest reality show.

The new series followed the end of KUWTK after 15 years.

Aside from her current drama, Khloe is also dealing with the news that her baby daddy Tristan welcomed a third child with a woman named Maralee Nichols.

Recently, the Sacramento Kings player finally admitted that the child was his own, after ordering a DNA test to be completed following the birth.

After his outright admission, the NBA star will most likely be required to pay out as much as $40K a month in child support.

Earlier in January Tristan revealed he got the results back of his much-anticipated paternity test while publicly begging ex Khloe to forgive him.