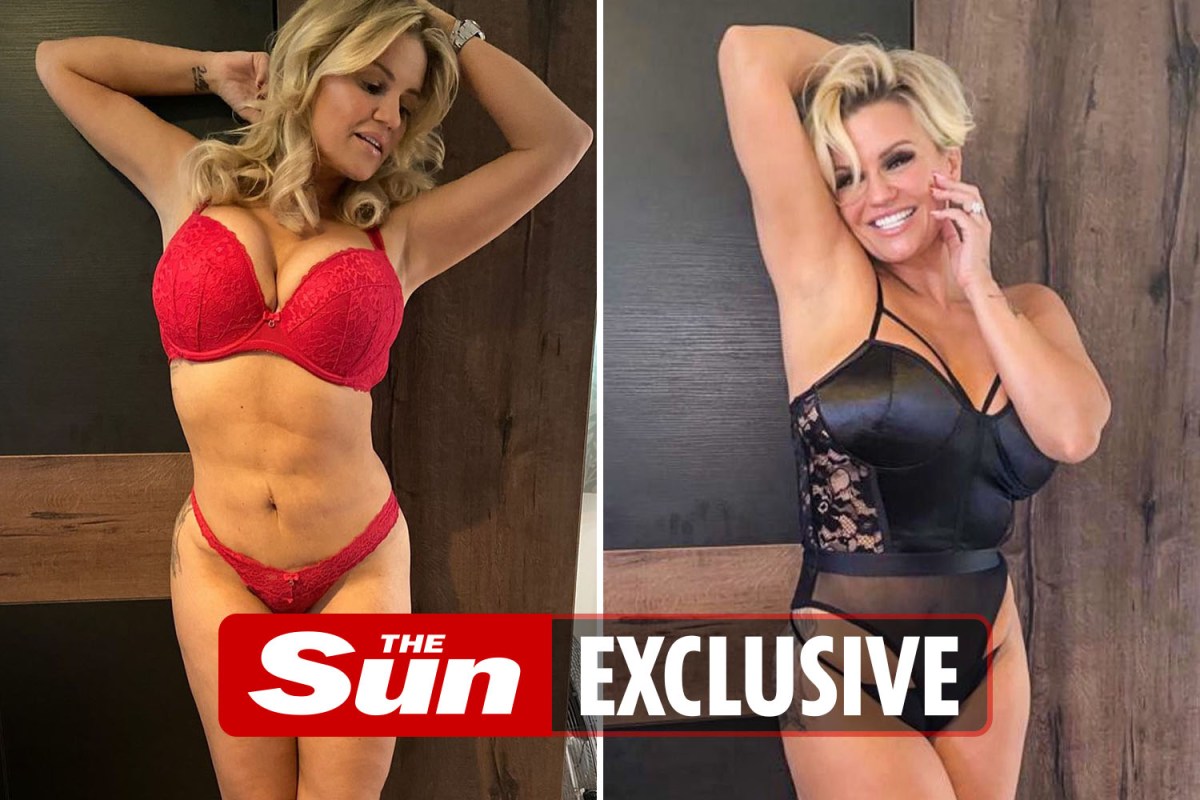 KERRY Katona refused to hand over her mobile phone on the upcoming series of Celebrity Hunted amid fears they would see her OnlyFans snaps.

The Sun can reveal Kerry, 41, demanded Hunters paid her subscription fee before handing over the device as they tried to track down on-the-run celebs The Vivienne, 29, and Chloe Veitch, 22.

The ballsy move lead caught the Hunters, who are used to using their power of persuasion and intimidating tactics to get what they want, off guard.

But the Hunters loss is the nation’s gain as insiders tell The Sun it’s TV gold.

A source said: “Kerry wasn’t on the run but she easily steals the limelight.

“At one point the Hunters pay her a visit but she flat out refuses to play ball.

“They want her phone so they can see if she’s been in contact with the The Vivienne or Chloe but in typical Kerry form she gives them the run around.”

The insider added: “Kerry uses the fact she uses the phone to take racy pictures for her OnlyFans account as a ‘get out of jail free’ card.

“Never one to miss a business opportunity, Kerry says she will hand over the phone if the Hunters pay her subscription fee.”

Her bio on the site reads: “Everyone insisted I got an account so here I am. Former glamour model and hit singer. Love working out and keeping in shape.”

The former Atomic Kitten star said: “Since last March, I’ve made well over a million.”

She previously added to Closer magazine: “Mums have as much right to show off their bodies as anyone else.

“I can do what I like with my body, as it belongs to me.

“My children know I do it and Heidi even takes some of the pictures of me for the site.”

The bubbly star added: “I do worry about my children getting grief, but they’d also get it if I gave it all up and became a lollipop lady – I’m Kerry Katona at the end of the day.”

A rep for Kerry Katona and Channel 4 has been contacted for comment.