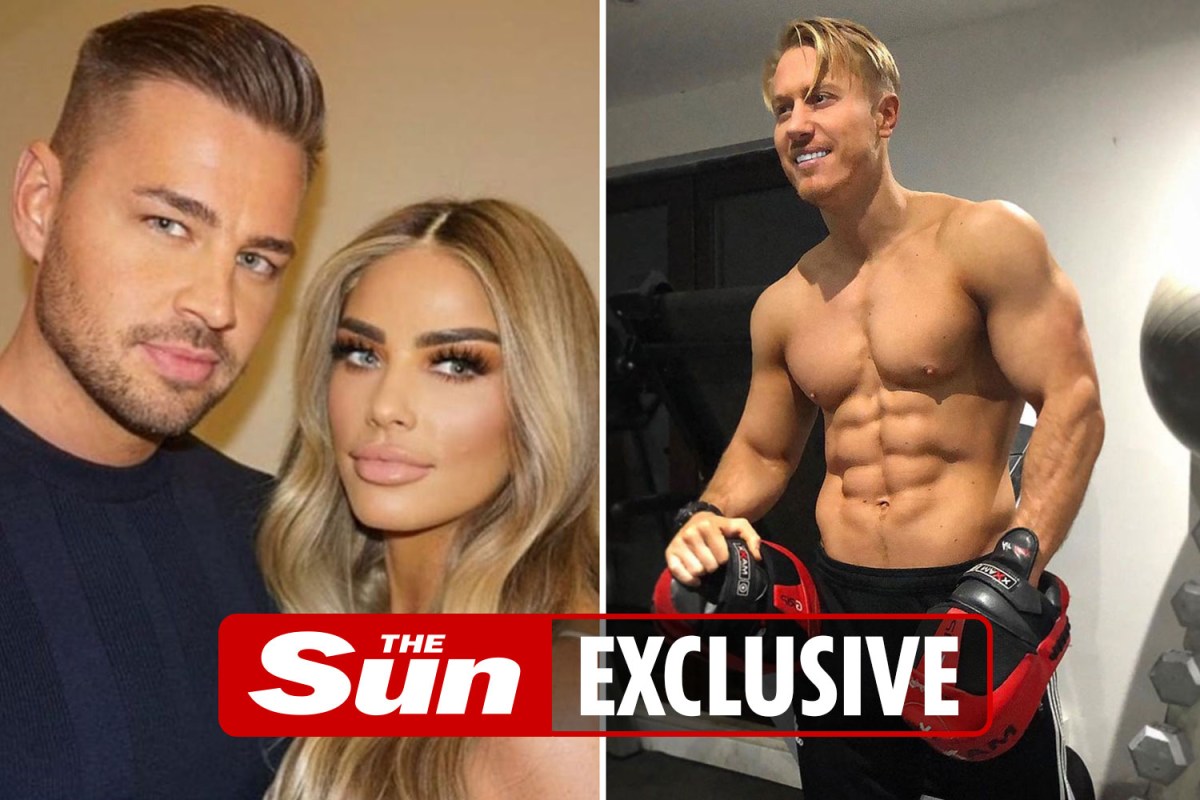 KATIE Price’s boyfriend Carl Woods and her ex-love Kris Boyson could go head-to-head in the ring after signing up to a celebrity boxing match.

The pair are both currently training for the fight which will see them square up against an opponent in front of a packed out crowd at London’s O2 Arena.

Pals said Katie, 43, would be in the crowd to cheer on Carl, 32, when the event takes place in the coming months.

A source exclusively told The Sun: “By coincidence Carl and Kris have both signed up to a new celebrity boxing event.

“The details are still under wraps but all the stars are in training now for it. When the date comes around they’ll be fighting in front of a big crowd at London’s O2 arena.

“There is a chance that Carl and Kris could be pitched against one another – which would make for an interesting bout given their relationship with Katie.

“She is planning on having a ringside seat to watch and will be cheering on Carl.”

Mum-of-five Katie and Kris dated on and off for two years before they ended their engagement and split in 2019.

She became engaged to Carl in April last year when he proposed ten months into their relationship.

Last week, Katie hinted she had booked the date in for their nuptials after commenting on her make-up artist’s posts about being booked up this year and next for wedding days.

Make-up artist Fern Howe-Shepherd took to Instagram to detail to fans that she was taking bookings for wedding dates from 2022 to 2023.

Katie replied in the comments, hinting at her upcoming nuptials alongside a series of fire emojis: “Yes we have our date.”

This engagement is Katie’s eighth and the marriage will be her fourth wedding.

She counts Peter Andre, Alex Reid and Kieran Hayler among her ex-spouses while she was engaged to Kris, Scott Sullivan, Leandro Penna, and Warren Furman.