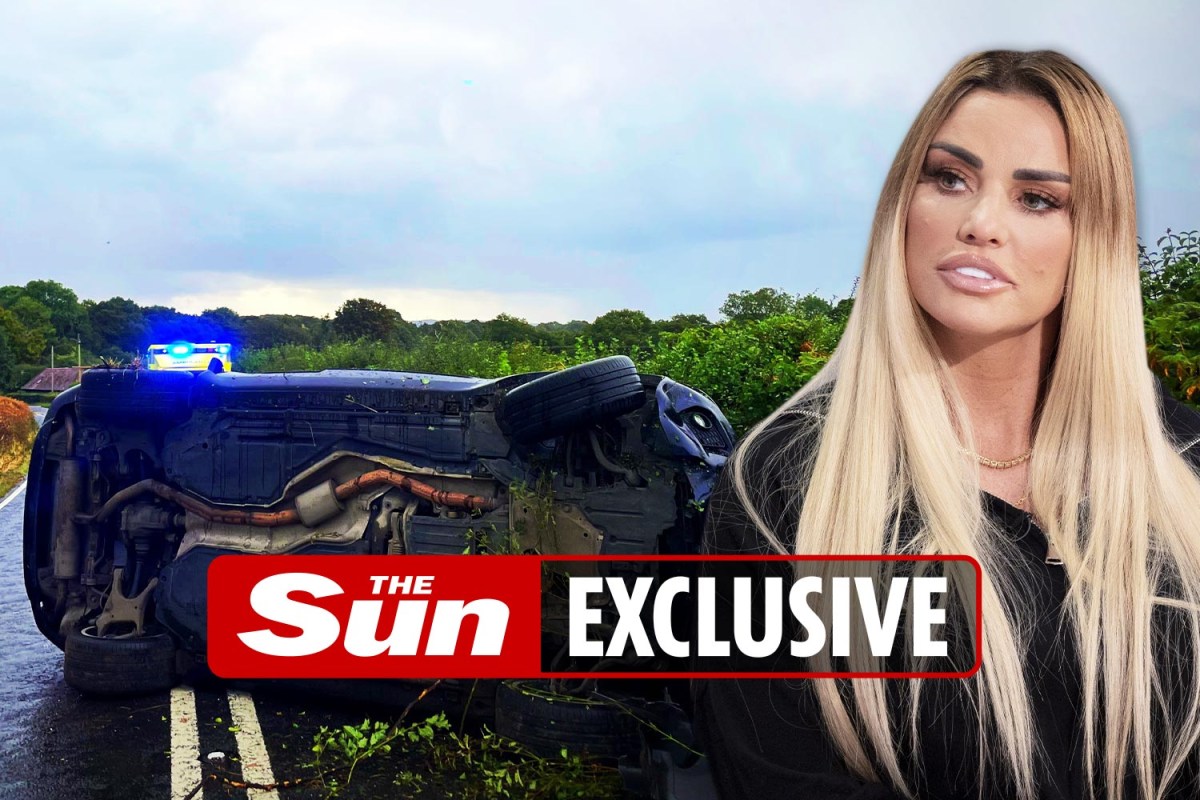 KATIE Price will not face further action for her car crash after “disappointed” police said they can’t appeal her soft sentence.

The star, 43, was told she “could have killed someone” after taking drugs and drinking.

Price — who was on her sixth road ban at the time — flipped her BMW X5 after an all-night bender.

She pleaded guilty to drink-driving and driving while disqualified and without insurance.

But she was handed a suspended 16-week jail term plus community service at sentencing last month because she attended rehab.

Angry Sussex Police chiefs wanted to appeal the sentence, saying Price was “extremely lucky not to be spending Christmas behind bars”.

But last night, following a review, they admitted “there are no legal grounds to launch an appeal”.

A force spokesman added: “This is disappointing”.

Price was nearly twice the drink-drive limit and tested positive for cocaine after the 6am crash in Partridge Green, West Sussex.

I’m marrying Carl in England so my terminally ill mum can be there, says Katie Price as she reveals wedding plans