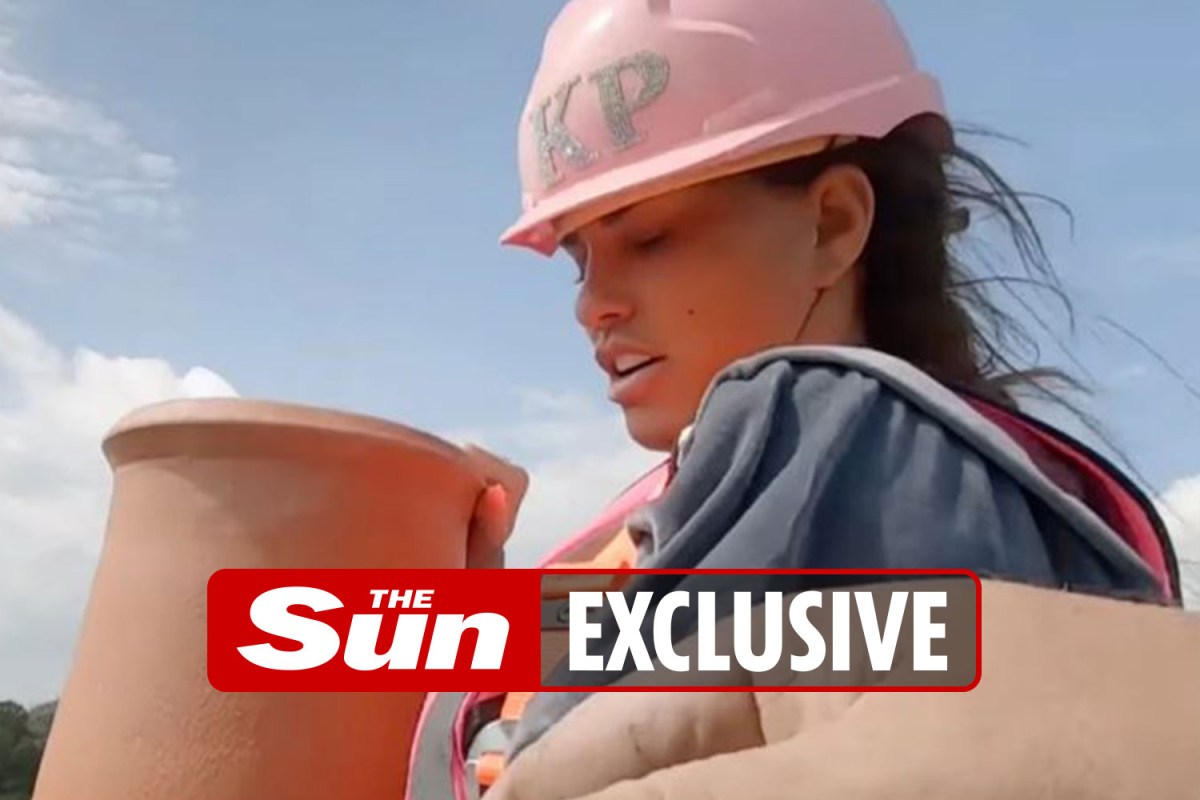 KATIE Price “hit the jackpot” with her new Mucky Mansion TV show – being paid a whopping £45K fee and clocking up zero expenses, the Sun Online can reveal.

We are first to report how the mum of five kept her credit card in tact despite the numerous renovations needed on her sprawling West Sussex mansion, in a project which will be detailed on the Channel 4 series.

Katie’s reality programme has been confirmed to air tomorrow, Wednesday, despite her latest arrest.

Yet The Sun Online can reveal a combination of “freebies” and show fees have made the project a whole lot more palatable for the star.

They told us: “Katie hit the jackpot with the show – she got a £45k fee and didn’t have to put any of her own money into the project.

“The costs are being paid by the production company and she’s landed a lot of freebies from companies who want the exposure of being on her show or her social media.”

Katie has filmed a TV series documenting her efforts to renovate her dilapidated Sussex home after years of neglect and disasters including a fire and break-ins.

It’s set to play out less than a week after she was arrested at the ‘Mucky Mansion’ on Friday night.

The mother-of-five is facing up to five years in jail for allegedly sending a “gutter s**g” text to her ex Kieran Hayler about his fiancée Michelle Pentecost.

Now, the star has turned off the comments section on the Instagram pages relating to the renovation of her messy home after facing a fan backlash.

The official TV show page, which sports an impressive 21,600 followers, previously allowed followers to interact with posts by leaving comments under the snaps.

Her latest post details how “comments have been limited” just days after she was arrested at the family home and taken into police custody overnight.

The Sun exclusively revealed she was due to return to court before the end of last year to update trustees on paying back her debts – but the hearing has now been rescheduled.

The former glamour model was declared bankrupt in November 2019, and in August 2021 we revealed that she faces prison if she misses her next hearing.

After the 2019 ruling, Katie was supposed to pay off £12,000 a month to her creditors after taking out an individual voluntary arrangement (IVA) – but failed to do so.

The next hearing is to review her attempts to pay back her hefty debts to creditors two years after going bust.

Katie owes a staggering £3.2 million to her creditors, but is unlikely to pay it all back.

Last year, Katie was hit with a repossession order for her £1.35million home after she failed to repay a debt of more than £500,000 on the property — dubbed the Mucky Mansion.

Showbiz When is KSI and Logan Paul’s Prime drink coming to the UK? Theviraltime
Showbiz Pamela Anderson, 54, stuns in grey romper at lunch with The Hills star son Brandon after split from fifth husband Theviraltime
Advertisement