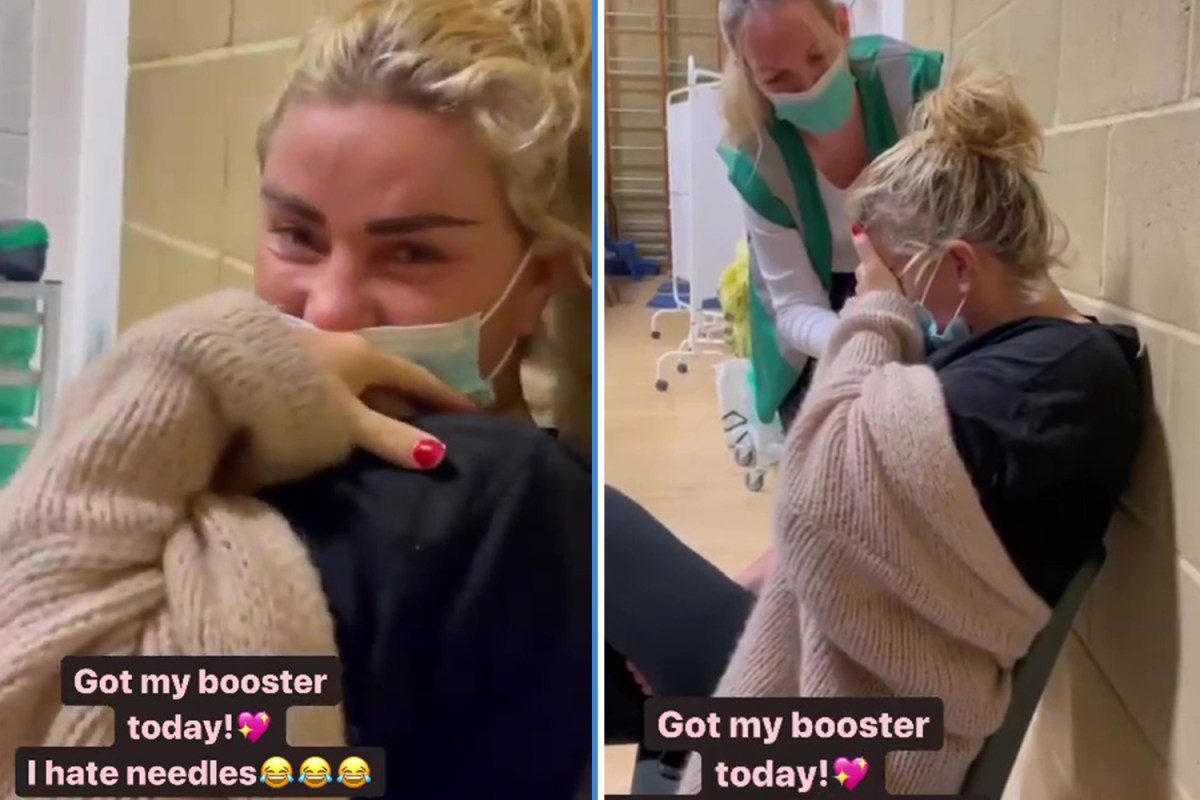 KATIE Price left fans scratching their heads when she revealed a phobia of needles while getting het Covid booster.

The 43-year-old shared a clip of her having the jab on Instagram, wincing and covering her face as the needle went in.

She wrote: “Got my booster today. I hate needles.”

But many of the former glamour model’s fans were saying the same thing after she posted the video.

One wrote: “How can she be terrified of needles with all the surgery she has?”

Another said: “All the surgeries Botox etc she gets how can she be scared of needles?”

And a third asked: “How can she be scared of needled when she has tattoos?”

Mum-of-five Katie has spoken in the past of her needle phobia, previously opening up to The Sun about the terrifying experience of having an epidural during son Jett’s birth.

She said: “The next thing I know, a nurse is in my room saying: ‘Get ready now. You have five minutes to shower. You are having C-section soon.’

“I started panicking. I have a terrible fear of needles and I was dreading the epidural.”

This summer alone Katie went under the knife for five cosmetic procedures.

In July she travelled to Turkey to have a Brazilian bum lift, liposuction and eye and lip lifts.

A source close to Katie told The Sun at the time: “Katie is in horrendous pain after undergoing a BBL where they put fat into your bum, eye lift to give her a slight cat eye look, lip lift for a fuller pout, liposuction on her thighs and legs, under her rib cage and back, and scarring from her previous facelift fixed.

“Despite the pain, Katie’s thrilled the operation went to plan.

Four months later Katie was in Belgium having more surgery – that time it’s believed she had her thirteenth boob job.

Showbiz Has Kylie Jenner given birth to her second baby? Theviraltime
Showbiz Who is MasterChef’s Tim Anderson? Theviraltime
Advertisement